Using Wi-Fi is the best (and sometimes the only) way of connecting the devices in your household to the internet, without using cables. Sometimes, however, the Wi-Fi signal is weak, or even nonexistent in some rooms. Here are the best free and paid methods for having a stronger and more stable Wi-Fi signal in the house.

If you want to invest money in your household’s Wi-Fi, there are several types of equipment that can improve the signal- from getting a better router and antennas, to using repeaters and powerline adaptors, which will cost you up to a few hundred dollars.

But before putting your hand in your pocket, see how you can optimize the existing network first.

Did you know that a metal filing cabinet, a mirror, or an aquarium can create dead spots for the network in the house? Or that Intel showed in a research in 2012 that a simple USB 3.0 hard disk affects wireless networks operating at Wi-Fi frequencies? 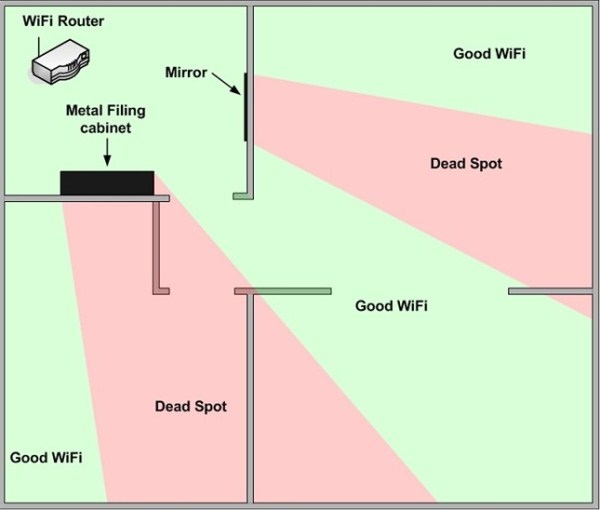 Wireless networks have several such sensitivities. The position of the router and its relationship with other devices play an important role in whether you will have a better Wi-Fi signal or not.

Reduce interference from other Wi-Fi networks

If you position your router in a proper place, and remove devices that prevent its full functionality, the next step is to reduce interference from the neighbors’ Wi-Fi signals. In a densely populated area, your apartment is likely to be within the range of tens of Wi-Fi networks, some of which can affect your own network.

In order to have better Wi-Fi signal, it is sufficient to use a special program such as WifiInfoView for Windows and WiFi Analyzer for Android. By using these programs you can select a channel which is not very loaded, and has less interference.

Position correctly the antennas of the router and network card

Every Wi-Fi router has at least one antenna, which is either external or internal, and positioning it horizontally or vertically can play a role in whether you will have better Wi-Fi signal. But which is the right position? Horizontal or vertical? 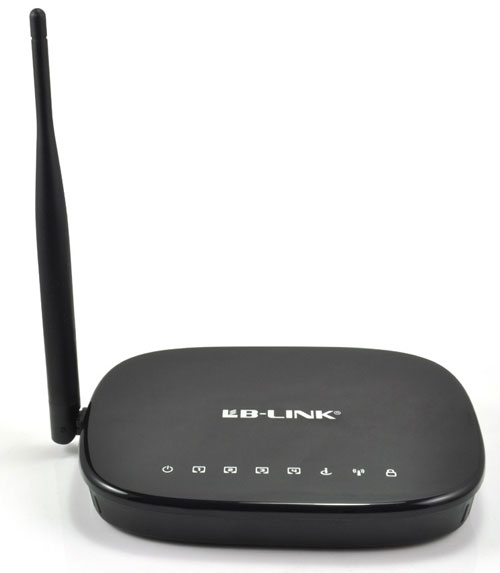 If you have a USB Wi-Fi antenna in your desktop computer, it is easy to check whether its antenna is positioned horizontally or vertically. 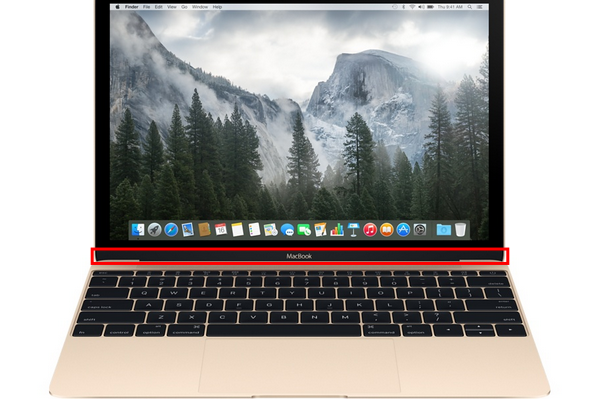 It is equally difficult is to know the orientation of an internal antenna in a router as well, since it is never indicated in the manual or the specifications.

Therefore, the only reliable solution in the above cases is experimentation. You can try positioning the router’s antenna (or the entire router) both horizontally and vertically, and see in which case you have the best Wi-Fi signal.

However, the ideal case is to have a router with two antennas. Then, you can position the antennas perpendicular to each other, in order to have a good Wi-Fi signal in every device. 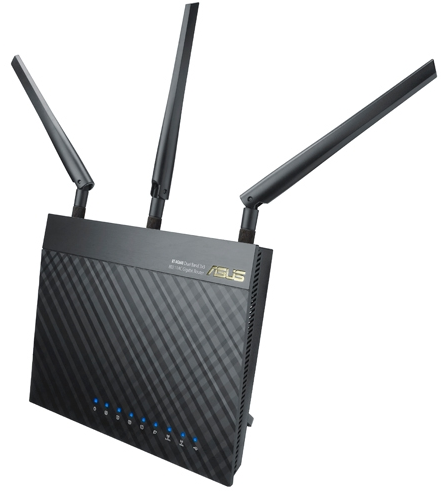 In any case, only experimenting will tell which orientation will give you the best Wi-Fi signal.

Get your Wi-Fi a beer

For several years, there is a guide circulating on the internet about using an aluminum can from a beer or soft drink as a signal booster. 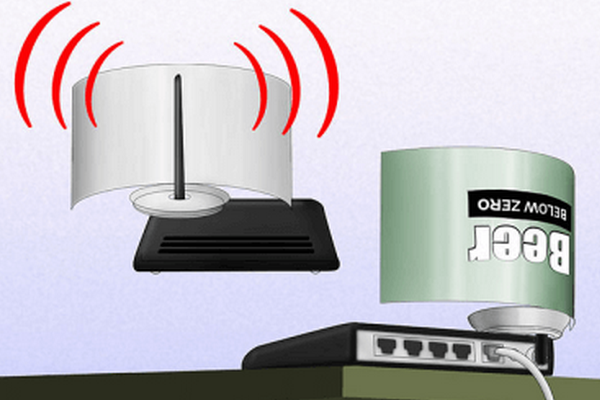 This method, even though it seems silly, can work very well for boosting the Wi-Fi signal- it can increase signal strength up to two times! It is an ideal solution if it is impossible to position the router in a central location of the house.

The method is described pretty well in the following video:

While the free methods can make a significant difference in the performance of your Wi-Fi, in some cases the only way to really get better Wi-Fi signal is to put your hand in your pocket.

Get a better antenna

If your router has an external antenna, you can replace it with an upgraded antenna, which can increase the Wi-Fi range. It is the most affordable upgrade that you can make for having a better Wi-Fi signal.

An excellent antenna is TP-LINK TL-ANT2408C (Amazon link), which has generally very good reviews, and has a cable of 1.3 meters, for better positioning.

Unfortunately, if your router doesn’t have an external antenna by itself, then you cannot install one or upgrade the internal antenna.

Can I have a coverage of 1KM or so with a big antenna?

Supposing there is a public Wi-Fi hotspot near your home, say at 400-500 meters away, in a square or a restaurant, and you want to connect to it from your house. Unfortunately, a single antenna is not enough to cover this distance. Ideally, you need a pair of directional antennas, one in your home and one connected to the access point in the square/restaurant/whatever, with their angles very carefully set in a way that they look directly one another.

Such setups require special design; it is not as simple as connecting an antenna to your router (which might help indeed, but not very much).

Get a repeater for a longer range

The more reliable method for having a better Wi-Fi signal is to buy a repeater. 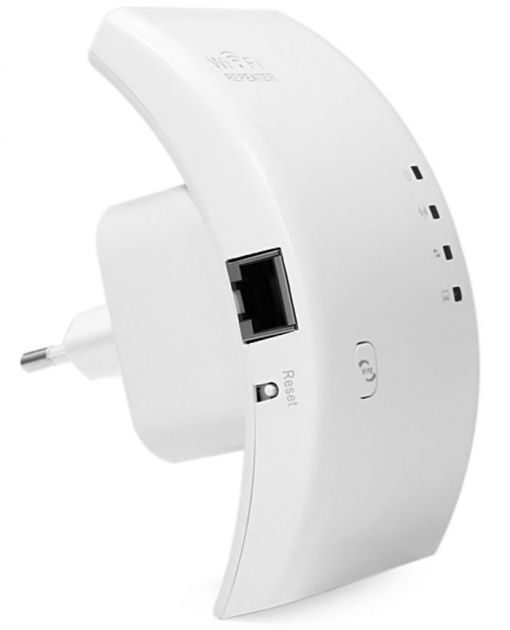 A repeater, in essence, is connected wirelessly to the router, and retransmits the network signal. With a proper placement of the repeater, you can practically double the range of the Wi-Fi signal. It is the ideal solution if you have a two-story house, so that in the first floor your devices are connecting to the router, and in the second floor they are connected through the repeater.

A good repeater, which is quite affordable, is the TP-LINK TL-WA850RE (Amazon link).

Can I use an old router as a repeater?

Some Wi-Fi routers a bridge feature, which allows them to operate as repeaters, retransmitting the Wi-Fi signal from the main router.

However, this feature is not available to all routers, especially the ones which are given by the ISPs for free when signing up for an internet connection. If you have an old router though, which you don’t use, you could take a look to see whether it supports bridging or not.

Buy a Powerline adaptor for combining wireless and wired connections

A Powerline adaptor is a device that uses electricity via the wall sockets, to transfer data on the network. 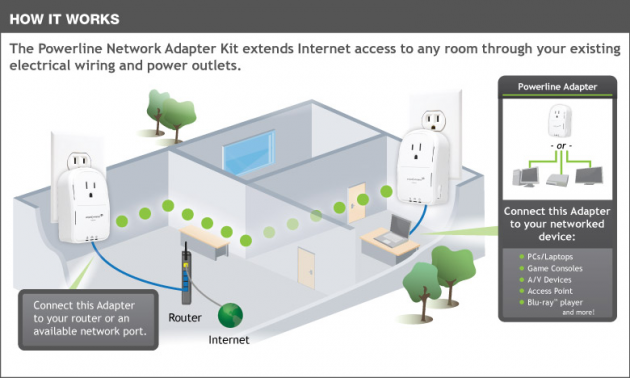 They are usually used for ethernet networks, but there are also models which combine the functionality of powerline with Wi-Fi. This way, you can have the best Wi-Fi signal at distances that a simple repeater cannot cover.

Of course, the cost is quite higher than the cost of a repeater, but the network can be extended up to 300 meters via the plugs.

An excellent solution for combining powerline and Wi-Fi is the TP-LINK TL-WPA4226KIT AV500 (Amazon link). It is important that this particular kit includes both units that you need, because some powerline adaptors are sold separately, and you would have to buy both.

Anyways, keep in mind that the powerline adaptor could malfunction if you connect it to a power strip- it needs to be connected directly to the power outlet.

The router market is the most expensive solution to get a better Wi-Fi signal. Essentially, it is only worth it if you are having too much interference issues, and you want to have a faster wireless network connection than the 54Mbps provided by the simplest routers.

One of the most affordable routers available, which is dual-band (i.e. supports both 2,4GHz and 5GHz frequencies for full compatibility), is the TP-LINK ARCHER D2 AC750 (Amazon link).

If you have other tips for a better Wi-Fi signal, let us know in the comments section below!