How To Optimize Performance in Games By Tweaking Windows Settings

It’s a fact that Windows is the dominant operating system for gaming. However, this does not mean that all games can be played flawlessly under Windows. So, here is what you can do to achieve higher performance during gaming on Windows 10, 8.1, Vista and 7.

What kind of configurations are required?

The basic factor that affects the performance when playing games is the hardware setup of the computer. Furthermore, when talking about online games, an important role is played by the internet connection as well.

Once you’ve built a relatively powerful computer and optimized your internet connection, there are a few more things you can do to improve gaming performance in Windows related to the operating system itself (and not to the games’ graphics settings).

Note that these settings will not have any significant effect if the computer is significantly less powerful.

However, if you're the kind of gamer who would do anything for one more FPS in games, or half a ping less in his connection, then you have nothing to lose by applying the following suggestions.

Also, make sure that you make a backup prior to making any tweaks, so as to be prepared for any unwanted disasters, which are not likely anyways.

The most obvious change that you can do if you’re facing problems during gaming on Windows, is upgrade the graphics card drivers.

Whether you have an AMD or nVidia graphics card, you can easily find the Update button in the corresponding options panel.

Alternatively, you can visit the manufacturer's website, and then download the latest version of your card’s drivers.

Tweaks in the Windows Registry

To implement the following changes, you must intervene in the Windows registry. So, to open the registry editor, press the Win + R hotkey combination, type regedit and hit Enter. 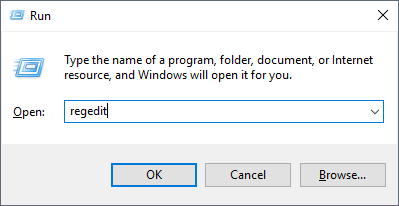 Once you’ve made the following changes, you should restart your computer for the changes to take place.

However, this has an effect on how smooth the internet connection is, leading to an increased ping during online gaming. To disable the Nagle algorithm, you must know your IP address. To view it, right-click on the Start menu and click on the Command Prompt option first.

In the command prompt window, type ipconfig and press Enter.

From the information that will be displayed, note the value next to the IPv4 Address field under your currently active internet connection adapter (e.g. Wireless LAN adapter). Keep it in a notepad somewhere for now.

Then, from the Registry Editor, navigate to the following registry key:

Below this key, you can find several subkeys with random names. 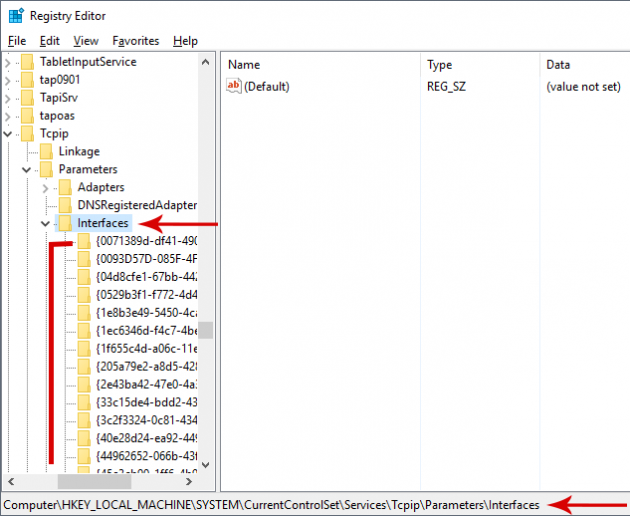 Open each one of those subkeys, and locate the one which includes a registry value named DhcpIPAddress and its data matches your IP address. 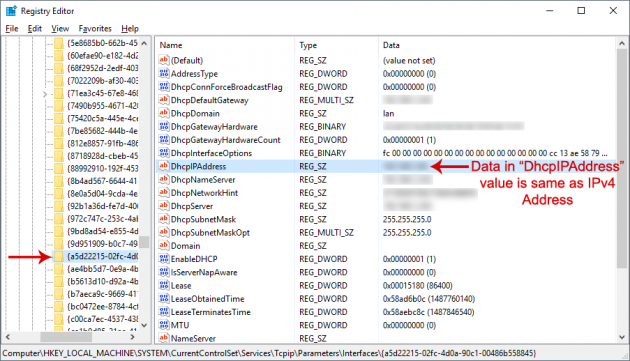 Name the new registry value as TcpAckFrequency, and then double-click on it and set its data to 1.

Once this process is completed, Nagle's algorithm will have been disabled.

If you notice any issues after making these changes, simply delete the three registry values you created, to revert them.

Programs that contain multimedia usually require more resources on the network. For this reason, Windows uses a mechanism to throttle network usage in programs not related multimedia content (this is called Network Throttling).

This mechanism comes into effect only when running multimedia programs. However, it can reduce the network’s performance when playing games. If you wish to achieve maximum network performance for games on Windows, this mechanism should be disabled.

To do that, navigate to the following registry path:

In the SystemProfile registry key, create a new DWORD (32 bit) value, and name it NetworkThrottlingIndex (if it doesn’t exist already). Then, double-click on it and set its data to FFFFFFFF. 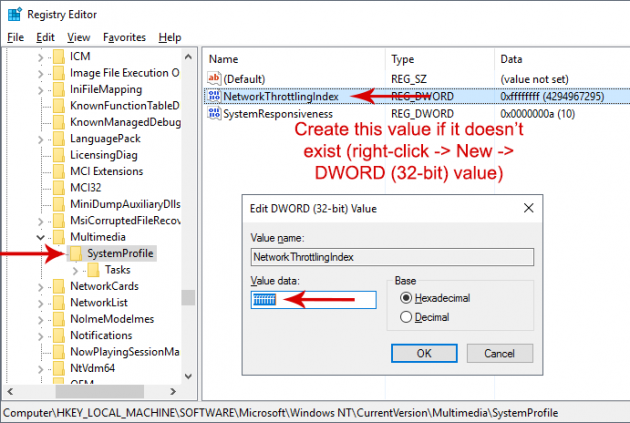 This will disable throttling completely. To revert changes, simply delete the created value.

To change this, open the registry editor again, and navigate to the following registry key:

Then, create a new DWORD (32 bit) value, name it SystemResponsiveness (if it doesn’t exist already), and set its data to 0. 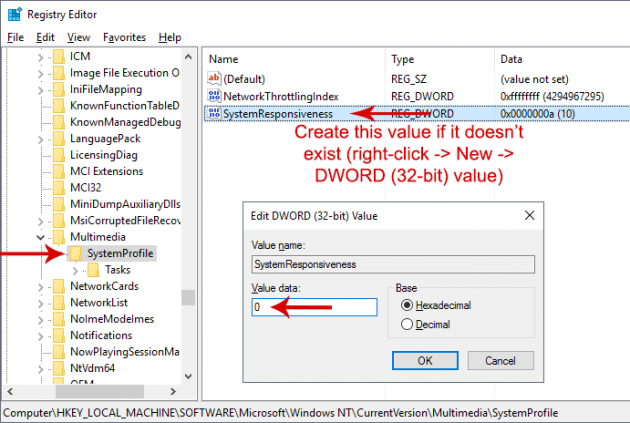 To have top priority in games, navigate to the following registry key:

In there, locate the GPU Priority and Priority registry values and change their data to 8 and 6 respectively, as shown in the screenshot below: 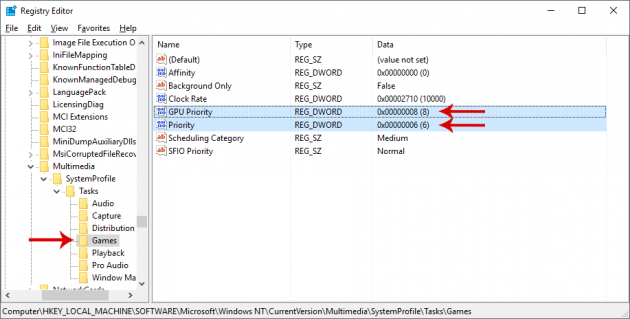 To revert changes, simply change the data of these two registry values to what they were previously.

Now, the differences before and after the changes highly depend on the system's specifications. Also, don't expect your computer to play smoothly all games afterwards- as we stated previously, the most important factor for gaming performance is the hardware setup. Without a powerful system, you won't have much success no matter how many tweaks you make.

If you have any questions or problems, let us know in the comments section below!


what the priority does
< PREVIOUS ARTICLE
Twitter Cleanup: How To Perform A Mass Unfollow Easily
NEXT ARTICLE >
How To Boost Your Internet Speed By Optimizing Your Internet Connection Settings