Twitter Cleanup: How To Perform A Mass Unfollow Easily

I’m sure most of you have a Twitter account that you created, and followed a few hundred or thousand other accounts only for the follow backs. Now, however, you’re left with a Twitter profile that follows multiple profiles that you’re not interested in. Here is how you can perform a mass unfollow and get rid of this mess.

In general, there is no “proper” way for using a social network. Some users want to have a few digital "friends", while others believe that "the more, the better". Unless you’re a spammer, both approaches are legitimate.

For a common mortal, who isn’t a popular signer, actor or former USA president, then the most typical way for someone to get some follows is to follow accounts himself, and hope for some follow backs afterwards. 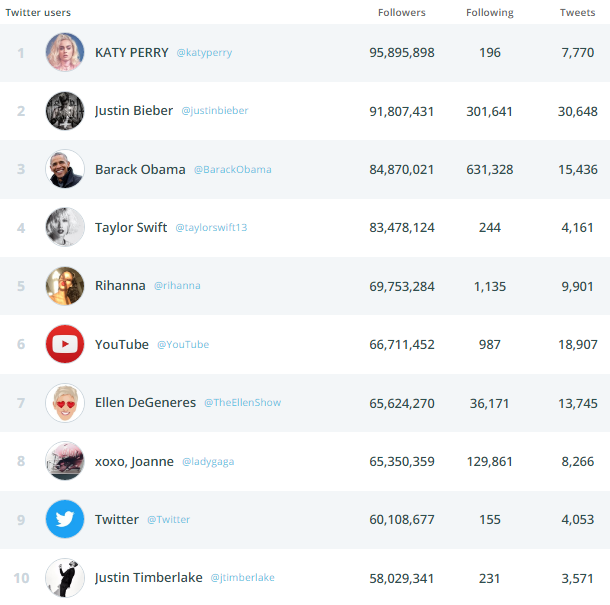 However, this tactic has a major problem- as the number of accounts you follow increases, the number of uninteresting or spam posts appearing on your Twitter’s homepage increases as well. The same goes for any social network.

In case you only have a limited number of accounts you follow that you don’t find interesting, you can simply mute or unfollow them. But if you have hundreds of such accounts, then doing so manually one by one a rather time-consuming, dull and tedious task.

To regain pure use of your account, and start viewing only useful posts, you need to take more drastic measures. You need a thorough Twitter cleanup, and start again from scratch.

Preparing for the mass unfollow

The methods described for a mass unfollow don’t exclude anything- they will unfollow all accounts that you’re currently following, without any exception. So it is good to take a look at the accounts you really want to keep following, and store them somewhere outside Twitter.

For example, a good solution is to keep them temporarily in your bookmarks, and follow them again after the cleanup.

Also, it could be useful to state in your account that you will perform a mass unfollow (for those who followed you back because you followed them first).

How to perform a Twitter cleanup with a simple script

For this method to work, you will need to use Google Chrome. It can work with Firefox too, but it is a much more complicated process, because you will need to activate the javascript commands from the about:config options. It is easier to get a temporary Google Chrome in your system, even in Portable version, which doesn’t require installation.

First, you need to log into your Twitter profile in Chrome, and navigate to the page that displays the profiles you’re following.

Now, you’ll need to reach the bottom of this page. If you have that many following accounts, you must keep the End button on your keyboard pressed for quite some time, until all accounts are gradually loaded.

Once you’ve reached the end of the page and all accounts have been loaded, the only thing you have to do is open Chrome’s Javascript console. To do that, press Ctrl+Shift+J. 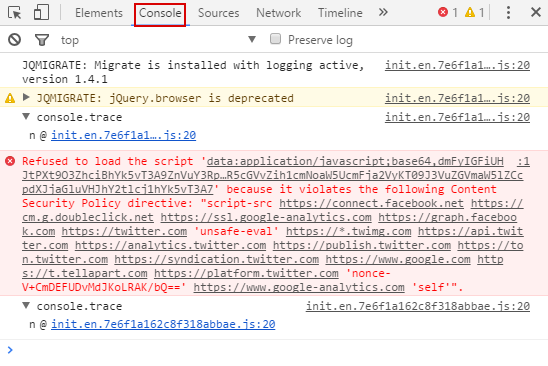 Then, locate the command bar at the bottom of the console window, paste the following script in it and press Enter: 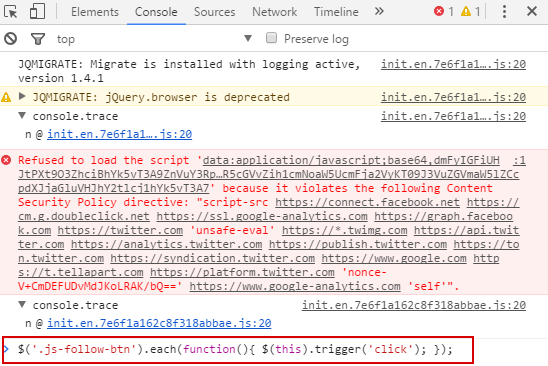 This command simply finds all instances of the unfollow button in the current page, and clicks on them. It's simple as that.

While this command is running, it will seem as if nothing is happening, and perhaps the "Unresponsive page" message will appear as well. You don’t have to click on the Wait button- just leave it alone. 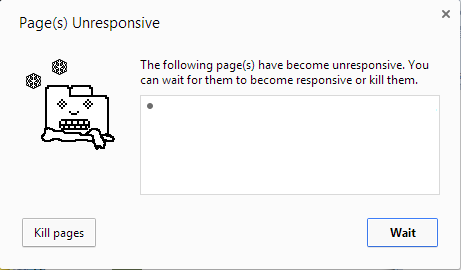 While this process is taking place, if you log into your Twitter account from another device you will notice that the number of accounts you’re following has dropped. And it will continue to drop, which can be seen by constantly refreshing the page.

Does a mass unfollow work for unlimited profiles?

At some point, this trick might crash before removing all profiles (you’ll notice it if the number of following profiles stops dropping). In this case, close the page in which the script is running, browse to it again, and repeat the same process (open the development console, and paste the previous script again).

However, even without a crash, Twitter has a limitation of its own and at some point, if the following count stops dropping again, refreshing the unfollow page might tell you that you’ve exceeded the limit. Now you’ll have to stop the process for a while (30-60 minutes or so), and try again later. The script will be able to run for a while again before Twitter stopping it.

It’s OK if you don’t want to mess with Javascript commands and stuff. You can use the Twitter unfollow extension instead. Similarly to the previous method, this extension is only available for Google Chrome.

After installing the extension, navigate to the Twitter page that displays all following accounts, in which there will be a new Mass unfollow button.

Just click on that button, and let it do its job.

Of course, Twitter will stop this extension as well, after removing a significant number of profiles. All you have to do in this case is wait a bit, and run the extension again. Sooner or later, you’ll have no following accounts.

From then on, you’ll just have to be more careful so as not to convert your profile into a tanker of spam again. If you have any problems or suggestions, let us know in the comments section below!