The Worst Mobile Apps Ever or How to Lose your Friends

Technology is a great tool that helps us stay connected, get fit, become more literate and educated, as well as keep track of our finances and be more productive. There are apps that help us be more responsible and intelligent, but at the same time technology is twofold, and just like anything else that can be used for good, there are apps that can be used in most nefarious ways. The recent few months have been abundant in new apps that encourage antisocial behavior, stalking, avoiding friends and all sorts of other questionable behavior, so unless you want to keep offending your friends, we suggest you reconsider how you use the following apps.

BroApp sends automated love messages to your girlfriend, and while it is highly customizable to help you avoid awkward moments like sending an automated message to your girlfriend at the moment your at her place, some suggest it doesn't help you stay connected and engaged in a relationship. Automating relationships doesn't help you become closer and know the other person better, so don’t get disillusioned if you girlfriend dumps you the moment she finds out you’re using BroApp and the likes of it.

Whisper [Android, iOS] and Secret [get on the list for Android app, iOS]

These two apps let you publish your secret thoughts, fantasies and comments, as well as confessions anonymously. Secret may have an exclusively Silicon Valley touch to it, and many gossips about tech companies have been revealed through it. Nevertheless, the anonymity in both of these apps allow for trolling and offensive verbiage. However, you can find some interesting revelations, too.

As you can guess from the name, Rumr encourages people to gossip anonymously. As you install the app, it allows you to join a group of people from your contact list (who have this app installed, too) who would like to gossip, but the creepy side of it is, you know who your counterparts might be, but don’t know for sure who sends particular messages, so you can only suspect who is saying what according to the specific verbiage and style. You may find out things about yourself that could hurt you and you would wish you’d never started, so think twice if you really want to know what your friends think about you.

Connect was originally designed as an application that helps you stay connected with your friends, but it aggregates geographic locations of your contacts and people on your social network lists, and creates human maps, so you can see where everyone is. While this may be really helpful for those who give you explicit consent to be tracked, it also creates an unprecedented freedom of stalking other people. 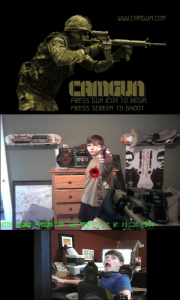 These apps allow you to create obnoxious images and videos of your friends exploding or being shot.

Hell is other people [web]

Hell Is Other People is yet another web-based service that helps you avoid your friends, saving those who struggle with social anxiety, in other words, who do not feel comfortable around other people. This service uses GPS data from Foursquare to track your friends and warn you whenever they are near you, so you can conveniently disappear from the area of their current location.

Cloak is an app branded as “incognito mode for real life,” which gets its geo-location data from Instagram. It also positions itself as anti-social app.

Split derives its geo-location information from social networks, such as Twitter, Facebook, as well as Foursquare and Instagram for maximum capacity to let you know whenever anyone in your contact circle is near you. You can use this app to create customized lists of Facebook or Twitter friends you don’t want to meet, so that whenever any one of them is near you, the app beeps and you can avoid them conveniently. Of course, these people need to have Facebook or Twitter installed on their mobile devices, otherwise there’s no point setting up the app.

And of course, let us not forget about the recently added Nearby Friends in Facebook.

While adult people are their own bosses, I would suggest parents keep an eye on their teenagers’ devices for these and the like apps that encourage offensive behavior and corrupt or pervert their understanding of what is right and wrong.