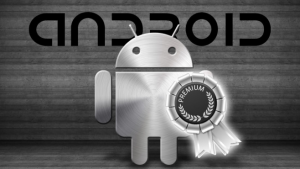 Google has reportedly announced that the company will be replacing its mid-range line of Nexus smartphones with high-end Android Silver phones. The move marks one of many strategic developments made by Google in an effort to asserts its dominance in both the hardware and software industries.

With Nexus phones exiting out of the budget smartphone market, the main question is, what product or brand will be replacing Nexus in that price range? We're not quite sure on the answer to that, but we are confident that smartphones in general will only continue to get cheaper overall, so the end of Nexus is certainly not the end of affordable smartphones.

Even though these phones will be high-end devices, reports suggest that they could be made available for very reasonable prices, as Google is actually going to being paying manufacturers to produce and distribute the Android Silver phones at cost. In other words, Google will not be earning a profit from the sales of the phones.

One of the requirements that Google has laid out to manufacturers is that there must be a limit on the number of non-Google Apps that come pre-installed on the device.

When Can We Expect the First Android Silver Phones and What Will They Look Like?

The first Android Silver phones are expected to be released next year, with the first line of products expected to come from Motorola and LG.

Other manufacturer's like Samsung, Sony, and HTC might also consider participating in the Android Silver program. Given that the three aforementioned brands have already release Google Play editions of their top phones, it is likely that Google will be able to arrange some sort of a deal with them to produce and distribute the new top-dollar Android Silver phones.

Google has made an effort to asserts itself in the high-end smartphone market during the past year, with the Samsung Galaxy S5 and HTC One both featuring the phrase “Powered by Android” on their boot screens. At this stage the Mountain View-based search engine appears to be doing a great job of inserting themselves into the device and OS side of the mobile device industry.

Google is reportedly prepared to spend at least $1 billion to persuade smartphone manufacturers to participate in the Android Silver program. The HTC One Google Play Edition may be the closest thing we have to compare to what the high-end Android Silver phones will look like.