Home
Articles
The Difference Between x64 and IA-64

The Difference Between x64 and IA-64 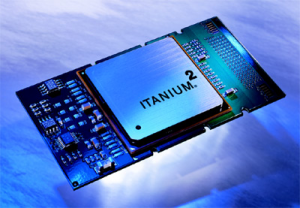 When one of the utilities, namely devcon.exe, refused to run on my Win 7 because it was an IA-64-only, I knew I was not the only one wondering what the catch was all about. So, here is the breakdown.

IA-64 is historically older, and came along when Intel thought the transition to 64-bit chips would be best accomplished via a totally new processor that would be 64-bit dedicated completely. For some time, IA-64t was leading in performance, but the unavoidable overtake by x86 speeds set it on the background, even though it is still out there.

IA means Inter Architecture. The family of chips implementing the IA-64 instruction set is referred to as Itanium, or Itanic, which basically means it is losing positions or at least is dated. Itanium cannot run on 32-bit systems but is compatible with 32-bit user-mode through hardware emulation. The latter performs poorly, if you compare it to x86, so OSs delivering to IA-64 segment now ship with software x86 emulation, or IA-32 EL.

X64, on the other hand, stands for Extended 64, a term implemented by Microsoft. Extended 64 is used by Intel and AMD, hence the names of their processors – AMD64 or EM-64T. Basically, x64-capable chip IS a x86 chip with a slew of additional modes that enable it to boot in 16-bit real mode, or run 32-bit systems. Chances are you may have a x64-capable chip without even knowing it.

If you need to identify what kind of Intel chip your machine is running, you can go to Intel’s website and download its Processor Identification Utility.

While Itanium is good for heavy computational applications, it is still more advisable to go for x64 if you require a lot of memory.

The bottom line is: IA-64, Itanium, has a completely different code structure, if compared to x86 or x64 series chips. IA-64 can run 32-bit code via hardware emulation with significant loss in performance.

To run on IA-64 processor, you need an OS specifically written for it, since standard Win Server is incompatible with it. Though a good deal of Intel processors now support 64-bit computing, but with some compatibility issues, while AMD chips comply with 64-bit standard more than Intel’s. So, unless you specifically need IA64, you are better off with x64, most likely AMD.

1. IA-64 is 64-bit Itanium, while x64 is a 64-bit extension of the x86 architecture.
2. Only Intel is building IA-64, while AMD as much as other manufacturers build x64.
3. x64 were designed with regular desktops in mind, but were scaled up eventually, while IA-64 were built for high-end servers apps.
4. Most x64 systems can run old x86 applications, but IA-64 cannot.
5. x64 is fast in adopting new computational technologies, while IA-64 is slow.
6. Microsoft Windows newer versions will support x64, not the IA-64.

#windows #microsoft #answers
Comments (0)
< PREVIOUS ARTICLE
The Worst Mobile Apps Ever or How to Lose your Friends
NEXT ARTICLE >
How to disable OneDrive in Windows 8.1, removing the OneDrive tray icon in the process (2 methods)