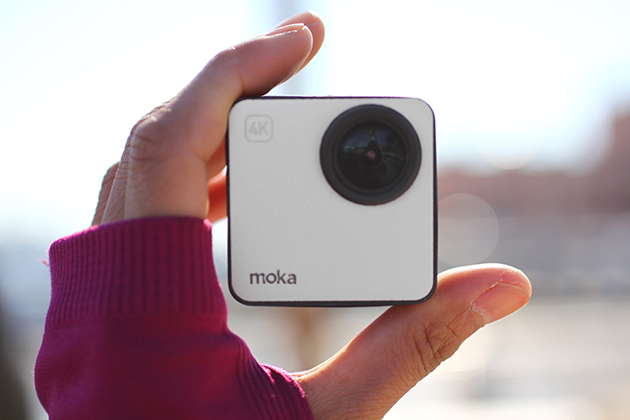 It may be tiny, but the support Mokacam received at Indiegogo was huge! This extremely small 4K camera managed to steal the hearts of friends of new technologies, since in its successful campaign, the creators managed to raise more than $1 million in Indiegogo!

Mokacam is an incredibly portable camera, which weighs very little (only 85 grams), uses a sophisticated Sony 16MP sensor which can record 4K videos (3.840x2160 pixels) at 25 fps. Its designers describe it as the tiniest camera that has ever existed, and despite its small size, it offers a wide number of features that can be found in more professional action cams. 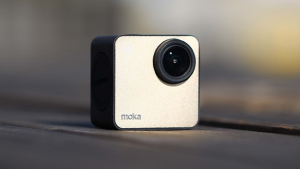 More specifically, the mini-screen can be rotated through 270 degrees, while the specially shaped battery can give it approximately 4 hours of video recording. Furthermore, Mokacam has a magnetic layer, which means that it can get hooked to any metal surface.

Mokacam uses a built-in motion sensor, which means that it can be used as a security camera (in this mode, the battery can last up to 8 hours). Mokacam’s admittedly impressive specs have convinced more than 6000 backers to fund it, and the lucky first 1500 supporters have already begun receiving the astonishing 4K camera.

To get a glimpse of its abilities, watch the video below:

For more information, you can visit Mokacam's website here and its Indiegogo campaign here.