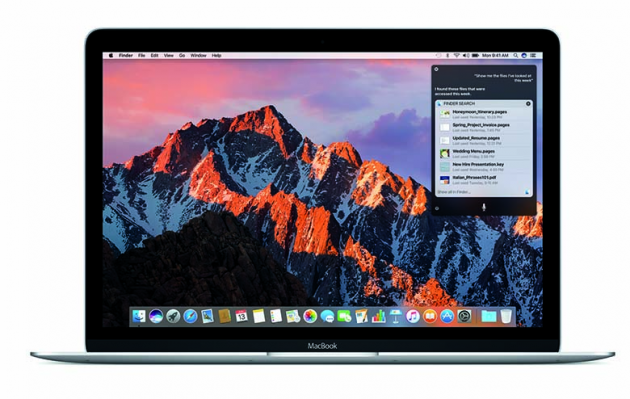 After 15 years of great changes and some leading and pioneering features, the operating system that gave life to Apple computers, is renamed to something that sounds familiar to many people.

The company's senior vice president of Software Engineering, Craig Federighi, announced that from now on the software that will be running in Apple computers and laptops will be called macOS.

The first version of the renamed operating system will be called Sierra and is currently available for Apple Developers, while there will be a public beta version in July. The official and (we hope) stable version will come later this year, probably in autumn.

The name follows the pattern of other Apple OS versions, like the iOS for its mobile devices, watchOS for the not so successful Apple Watch, and tvOS that gives life to the solution offered by Apple for your living room.

As for the new features of the operating system, Apple aimed mainly at a seamless collaboration of its desktop environment with its mobile part. A useful addition to the OS is the new Auto Unlock feature, with which Apple Watch users will be able to unlock their Mac computers when they are close to them, as long as the devices are connected to the same local network. 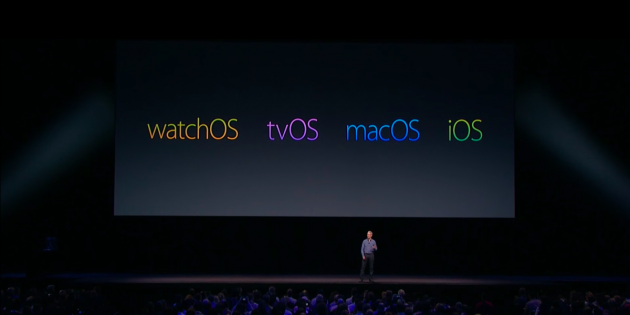 Additionally, we have new features in the field of productivity between iPhone and Mac, in which with the Universal Clipboard, users can copy something on the iPhone and paste it into their Mac computer. Furthermore, Apple “borrowed” features from companies like Nextbit, since it allows part of macOS to be stored in iCloud Drive.

Now, Apple Pay is available via web too. So, if you buy something from a service that accepts payments via Apple Pay, from your Mac computer, you will be prompted to verify the purchase through the Touch ID in your Apple device. Moreover, there will be tab support in all macOS applications regardless of the support from third party manufacturers.

Finally, one of the most important announcements, is that Siri moves to Mac as well, and can interact with the Finder (i.e. Apple’s file explorer) in order to answer complex questions such as: “Show me the files that I worked on last week with Kevin”. In addition, Siri also has the ability to display image search results, whether you are offline or online, directly through the documents you are editing.