Facebook games have become more widespread even than A-List titles. They’re free, simple and easy for anyone to play, while the most popular ones are designed to be highly addictive. If you want to play Facebook games without even visiting Facebook, check this guide which described the free Gameroom Facebook application.

Facebook Gameroom started as Facebook Games Arcade in the early summer of 2016. In its short story, however, it already changed its name once. This was due to the fact that the term “arcade” didn’t sound familiar to those who were interested in Facebook games, especially the younger ones. Thus, it was renamed to Facebook Gameroom.

Similarly to the messenger.com page, the purpose of Facebook Gameroom is to let people use the popular social network’s services without even visiting it. With it, you can play Facebook games on Windows.

This is useful if you just want to play and not get distracted or disturbed by posts or messages on Facebook. It is also helpful if your computer doesn’t have a lot of RAM, since no browser is involved to squeeze out memory and processing power.

All you have to do is visit this page and click on the Install Now button. Supported operating systems are Windows 7 and above.

After a small-sized program is downloaded, double-click on it to run it; the rest (the installation procedure) is performed automatically. 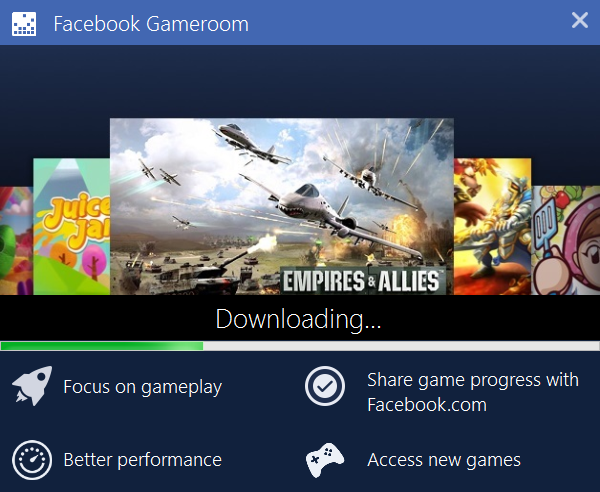 Finally, after opening the program for the first time, you will need to connect with your Facebook credentials to use the app (sometimes, the app will log you in automatically). In other words, the app will not allow you to play Facebook games if you don’t have a Facebook account.

After logging into the app with your Facebook account, you will be presented will a small introductory tutorial that consists of three steps. The truth is that Facebook Gameroom is so simple to use that the tour is unnecessary for anyone, except for completely novice users. 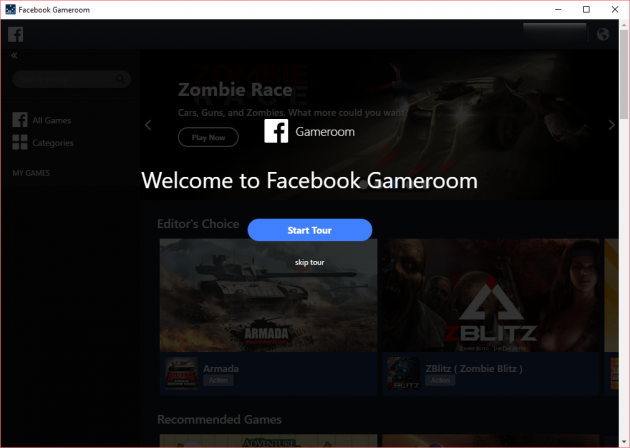 The first step shows how to browse for games by category… 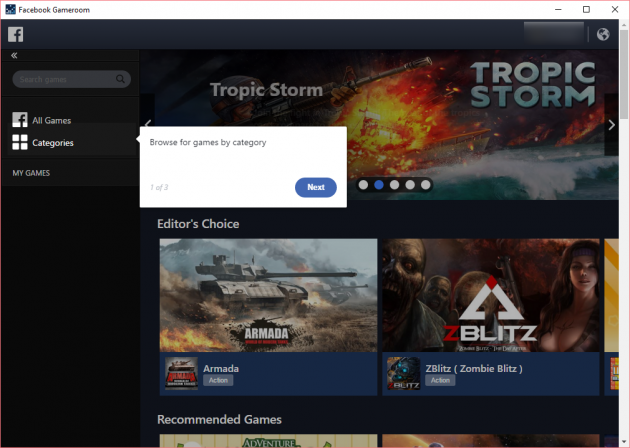 …the second step shows games that you currently have… 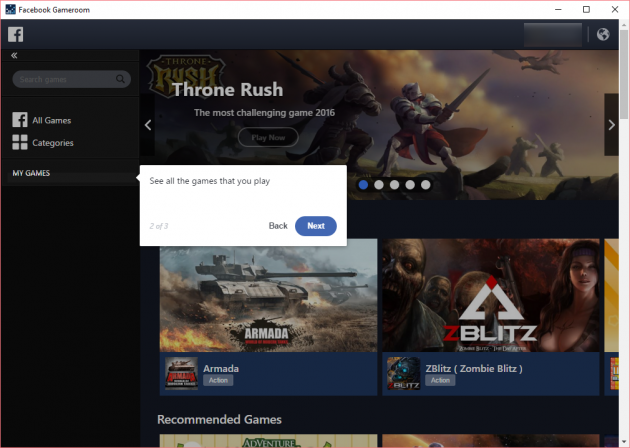 …and the third shows the notifications which regard the game apps. 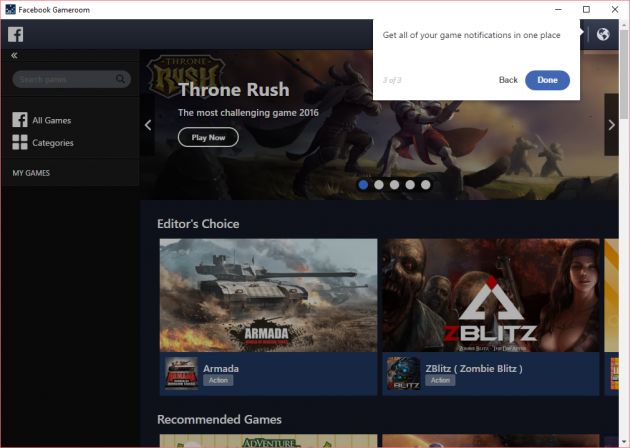 If you select a game to play, it will occupy almost all of the window’s space, leaving only a bar at the top. 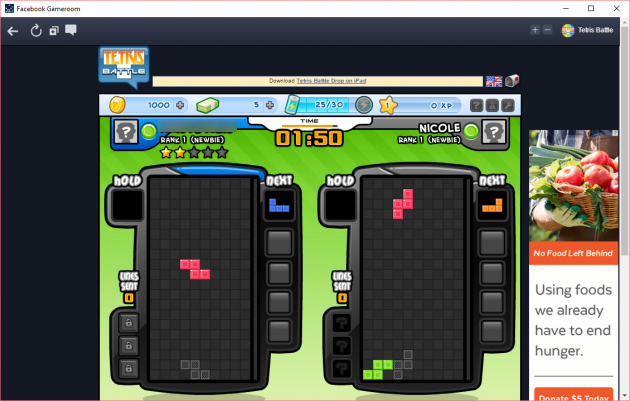 Finally, there are four buttons on the left side of the bar as well: the first one takes you back to the games lobby, the second one restarts the game, the third one creates a shortcut for the game on your desktop and the last one opens up a live chat for communicating with other players of the game around the world.

If you’ve got bored of the games that you have and want to try something different, the app’s home page is full of suggestions.

You can find the “editor's’” choices (even though there’s no evidence of who the “editors” are), suggested games, as well as games based on the genre that you play most or even titles that you prefer. 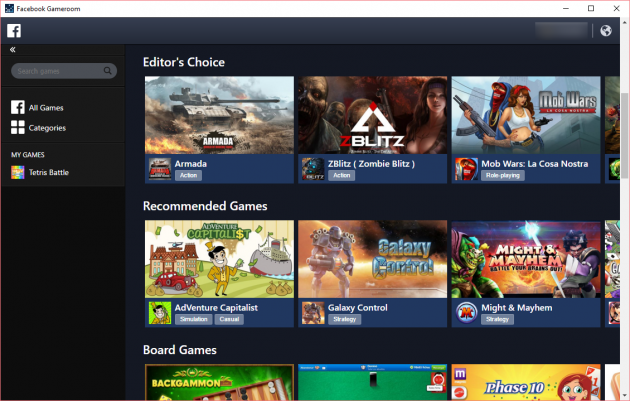 Some rather simple games will be loaded directly, but some other, more complicated ones will have to download a few MBs before you can play them.

This however, does not mean that all games will work in the app. Some games might require browser features, such as WebGL, which does not currently exist in Gameroom Facebook.

Since this app is still relatively new, there’s a high chance that future updates will include the required features and fixes.

One feature that Facebook Gameroom lacks is that there is no option which allows you to remove a game that you played.

In order to remove a game, you have to log into your Facebook account, navigate to the Settings page, and from the Apps category locate and remove any app that you don’t want anymore.

Will you use Facebook Gameroom to play Facebook games? It’s true that it provides more flexibility and convenience than you can find on the full Facebook website, but it’s also targeted more to the hardcore Facebook game app players than regular players.

Let us know your thoughts in the comments section below!