Home
Articles
How To Create A Wi-Fi HotSpot In Windows 10, Android, iOS and Windows Phone

How To Create A Wi-Fi HotSpot In Windows 10, Android, iOS and Windows Phone

By creating a Wi-Fi hotspot you can share your internet connection with all your devices that support Wi-Fi. Here is how you can do this with the Mobile Hotspot feature in Windows 10, as well as Android, iOS and Windows Phone devices.

The usefulness of a Wi-Fi hotspot

In the world of networks, a Wireless Access Point (WAP) is a device that connects several wireless devices with each other so that a wireless network is formed. Typically, wireless access points are used in public places for providing internet access to people, in wider distances. However, they can also be used your home network, in order to expand signal reach.

However, Windows 10 Anniversary Update added a built-in feature for creating a hotspot in an even easier way.

All you have to do is open the Settings menu and click on Network and Internet.

From the left-hand side, navigate to the Mobile hotspot menu. 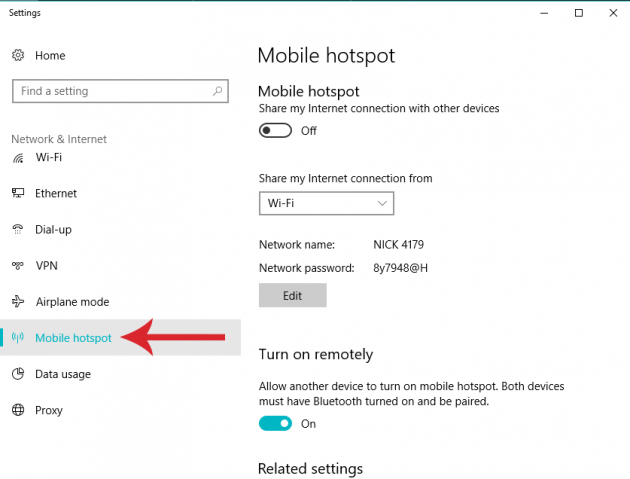 Pick the network connection that you wish to share from the dropdown menu, and then enable the Share my Internet connection with other devices option. 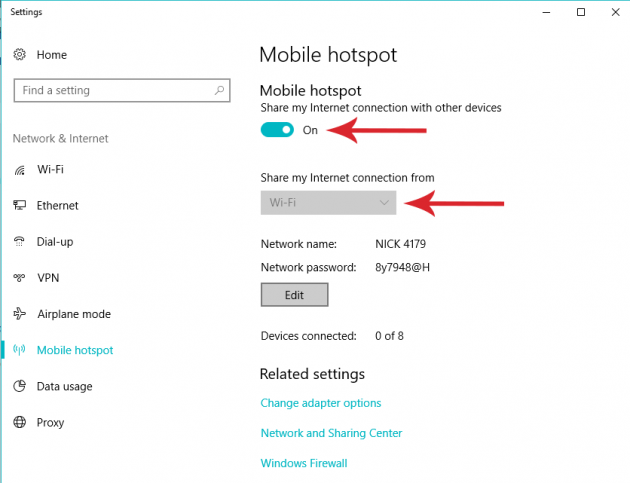 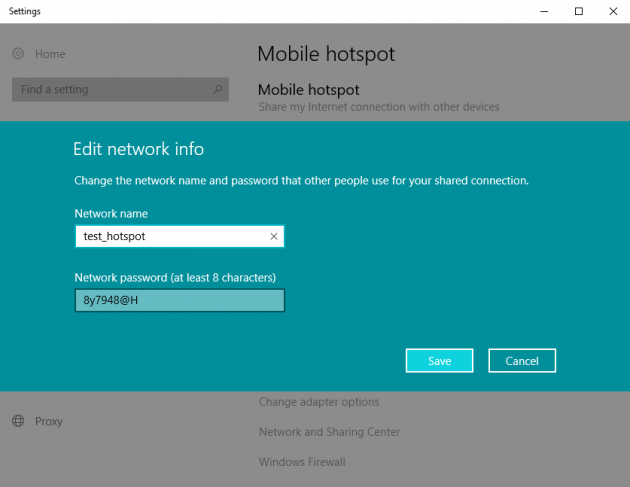 Then click on Save and your Wi-Fi hotspot is ready. You can see that your network is accessible from any device that supports Wi-Fi.

Creating a Wi-Fi hotspot on a smartphone

The process of creating a Wi-Fi hotspot on a smartphone device varies slightly from device to device. In the case of smartphones, you can share the available MBs from your carrier.

If you want to use your Android smartphone as an access point, then you need to navigate to Settings -> Wireless & networks -> Tethering & portable hotspot menu. 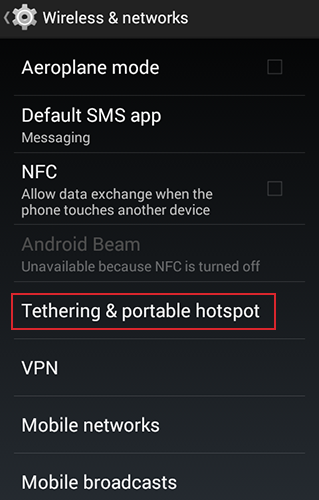 From there, locate the Portable Wi-Fi hotspot setting (or something among these lines, depending on the version of Android that you have). 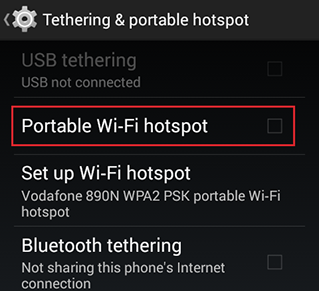 From there, all you have to do is enable this setting and setup the hotspot’s details (name and password).

The iPhone, starting from iOS version 4.3, allows you to create a Wi-Fi hotspot easily and quickly via the device’s settings. 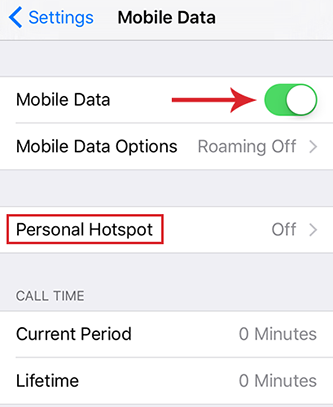 On the next screen, tap on Wi-Fi Password to setup a password for the hotspot, and then turn on the Personal Hotspot option by moving the corresponding slider. 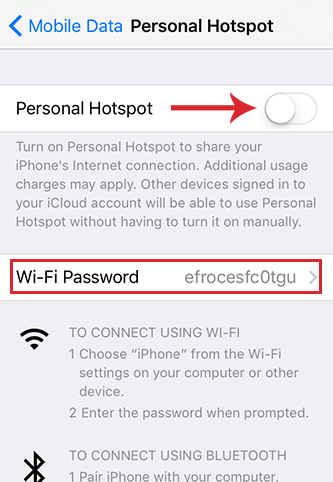 The network’s name will be the same with the device’s name.

Smartphones using the Windows operating system have the smallest share of the smartphone market, at least so far.

However, they also have the ability to create a Wi-Fi hotspot. The procedure is exactly the same as described above for Windows 10, via the Settings menu.

That's how you can create a Wi-Fi hotspot in Windows 10, Android, iOS and Windows phone devices. If you have any questions, thoughts or problems, let us know in by posting in the comments section below!

#ios #android #windows #how tos #phone #mobile #hotspot #network #wifi
Comments (0)
< PREVIOUS ARTICLE
How To Download And Install Updates Manually In Windows 7, 8, 10, Using WHDownloader
NEXT ARTICLE >
How To Create Your Own Custom Windows ISO With Drivers And Updates Included