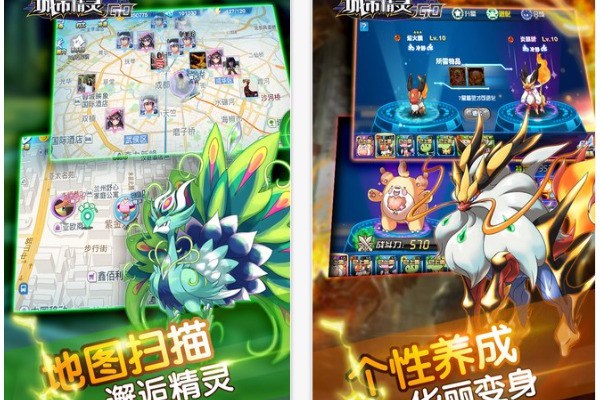 You must have heard many times in the past few days that Pokemon Go is a “phenomenon” of immense proportions that has caused havoc everywhere! The genius creation of Niantic and Nintendo is currently the top technological trend and the frenzy is not going to end soon.

So, the Chinese developer company Xiaoyu thought to take advantage of the momentum which has been created, utilizing to its benefit the successful Pokemon Go recipe with City Elf Go (or City Spirit Go), a Pokemon Go knock-off!

Similarly to Pokemon Go, City Elf Go is essentially a game which pushes players to catch virtual creatures in their smartphone (no originality here). The difference between the two titles is that City Elf Go does not make use of augmented reality technology, unlike Niantic’s game.

It may be a clone, but City Elf Go is currently at the top of the chart in Tencent Myapp Store (the leading Chinese Android platform app) with more than 110.000 downloads. In fact, many of those who cannot play the Pokemon Go, are already trying City Elf Go instead. City Elf Go follows an in-game purchases model, and something tells us that it is just the beginning, because there’s going to be a lot of mess with Pokemon Go clones.

If you try City Elf Go, let us know your thought and comments!