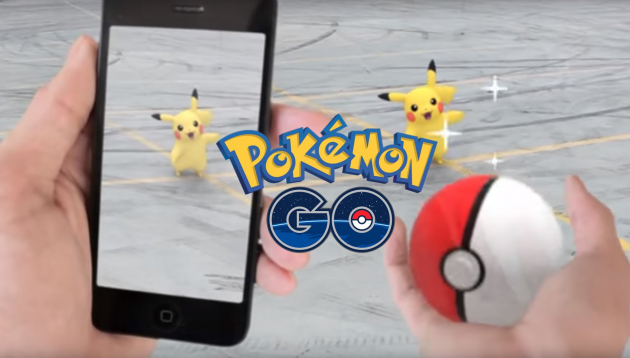 Frenzy prevails among thousands of users around the world with the new game app that brings Pokemon to the spotlight again, the favorite game that several few years ago Nintendo brought for the first time to the original Game Boy and managed to gain thousands of young fans all over the globe. Training pokemon to reach higher levels, evolving them, fighting with friends and trades were daily activities that made the game so much fun. But then… we grew up, the gaming consoles gave much ground to smartphones, but now it is time to rekindle the old love by launching Pokemon Go.

So, if you see around you people in parks, squares, mountains and lakes looking frantically through their phone’s camera, it’s not because they want to take a photo of the landscape, but rather because they are trying to catch a pokemon that “is” there.

In this game, users won’t just be looking at a screen, but will move out to cities using real maps and routes in order to come across a pokemon that they can capture, or a friend to battle. The game therefore unfolds by exploring the real world through the smartphone’s camera. The game will display through the camera and in the environment, the pokemon, and then the real action begins. 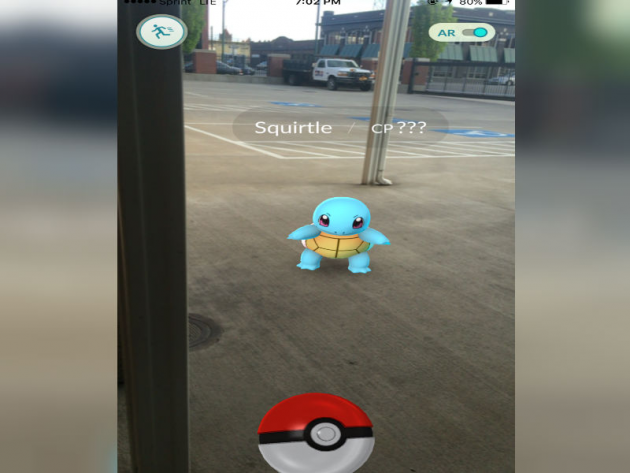 This way virtual reality is combined with everyday life, giving us a glimpse of the future- this is called augmented reality. Soon, the game will be accompanied by a wearable called Pokemon Go Plus, which will be connected via bluetooth to the smartphone, and allow the user to play the game without looking at the screen. This accessory will cost $34.99 and will be released at some point in July. 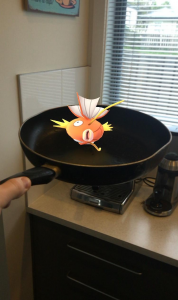 From the very first day of the game’s release, panic prevailed. According to reports, a man was accused by the US Massachusetts police department that he caused an accident because he stopped in a central avenue to catch Pikachu. The man even reportedly said that “if you want to catch them all, you have to take risks”. The truth is, that now the authorities, have to look after those who play Pokemon Go, in addition to those who send messages or talk to their phones while driving.

Additionally, a 19-year-old player from Riverton, US, Shayla Wiggins, found an unidentified dead body on the river Big Wind, while searching for pokemon. “I was walking towards the bridge along the shore when I saw something in the water. I had to take a second look and I realized it was a body”, Wiggins said.

However, some cunning people seems to have found a good opportunity to deceive users, inviting them through the app to go to various remote sites where pokemon are supposed to appear, only to rob them. Missouri police department has already recorded such incidents, and invites users to be very careful.

Many "interesting" events continue to take place every day due to Pokemon GO. The game was officially released on July 7 and has already managed to reach the top of the charts in the App Store, while increasing Nintendo’s shares. It’s also worth noting that the game’s servers crashed on its first day, due to its high demand.