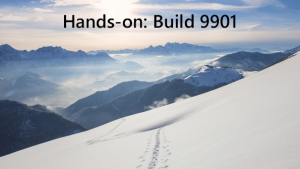 Although Microsoft did not release an official build for the Windows 10 Technical Preview in December, we did get to see a sneak peak of some of the features that will be included in the next build, as two builds (9888 and 9901) were leaked this month.

Being that it was the second leaked build in a few-week timespan, the 9901 leak prompted many Windows 10 enthusiasts to look forward to a December update that never came. Surprisingly Microsoft didn't release either of the recently leaked builds, but did give an update stating that Microsoft is instead planning to release a more complete “Consumer Preview” version of Windows 10 next month, with a media event scheduled for January 21st.

The finalized consumer release of Windows 10 should become available at some point in mid-2015. In the meantime, anyone can download and install the Windows 10 Technical Preview (pre-release/beta version) by joining the Windows Insider Program for free. We've also done a guide on how to install Windows 10 in a virtual machine, so you don't even have to uninstall or update your current operating system.

We should note that the Windows Insider Program does not provide access to leaked builds, so you would be downloading the last officially released build, which is currently build 9879. With that said, let's look at what we can deduce from the most recently leaked 9901 build:

Screenshots of New Features in Build 9901

Perhaps the biggest feature included in the leaked build is the addition of the much-awaited virtual assistant Cortana. However, it has been said that Cortana is only partially functional in build 9901, providing access to only the notebook, interests, and reminders section.

Another addition in 9901 is the new Xbox app, which allows users to access the Xbox Store, their achievements, activity lists, and friends list. Right now the Xbox app is available only as a sneak peak within the build, and some analysts have stated that it is only an overdue replacement for the Xbox SmartGlass app.

Other key visual and functional changes include the redesigning of the maximize, minimize, and close buttons within universal apps, aiming for a more modern look.

There's also a new version of the Photos app that resembles the Xbox Music app (many Windows users were upset that the Photos app was seemingly downgraded in Windows8.1): 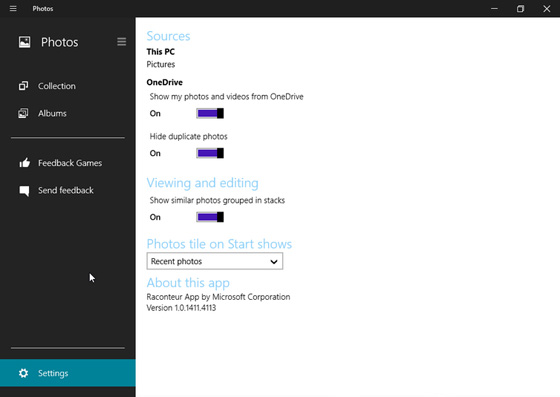 And there's new version of the Store app call Store Beta. The Windows Store may be getting a makeover as well, with a darker design that is more similar to a classic application: 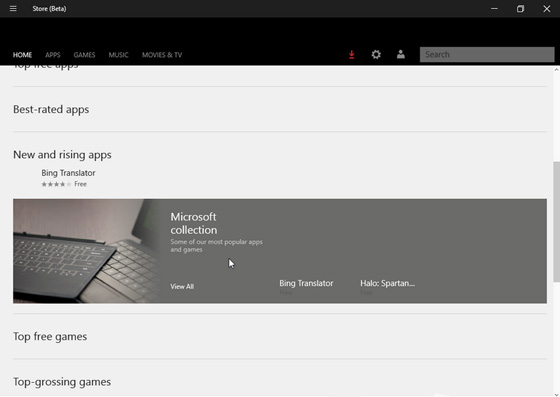 As you can see, Cortana is finally being implemented into Windows, as the image below shows the unmistakable Cortana button in the top center of the revamped Windows 10 search box: 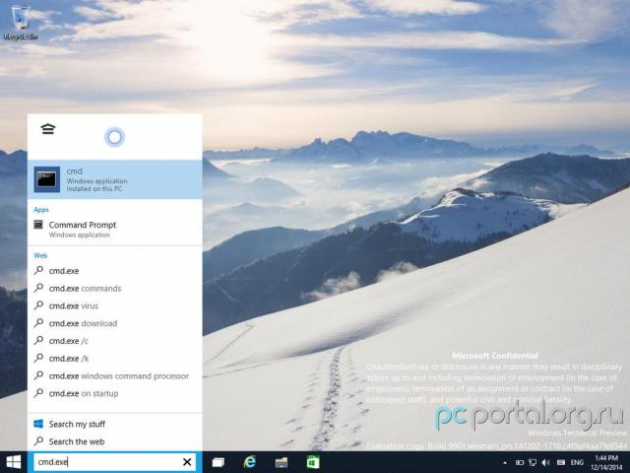 A full-screen button has also been added to top of Modern app windows., along with a stacked top-left corner menu that provides access to app commands, search, share, and settings:

There's also a new Settings app that is reminiscent of the control panel in Windows 7 and Windows 8 but with additional options: 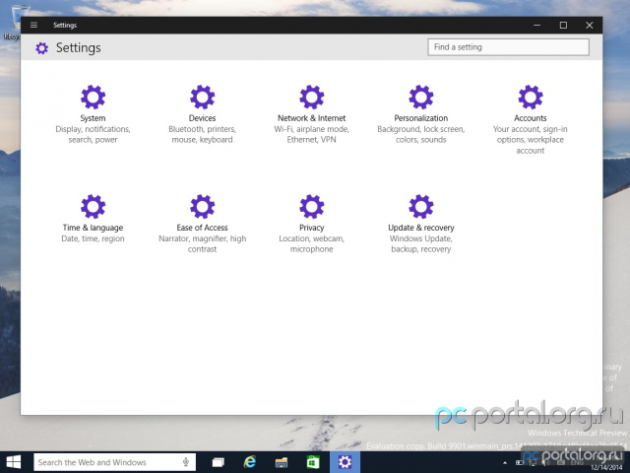 Leaked Builds May Be Difficult to Update

While it is possible to download and install the leaked build 9901 (for those of you who can't wait until next month's mega update) from filesharing and torrent sites, it should be noted that doing so will prevent any automatic updates from being installed, so it may be best to wait for the official build release in January.

In fact, according to Gabe Aul, people who installed the leaked 9901 build may have a much more difficult time updating altogether, as they would need to do a clean install or upgrade manually via an ISO image, which could present a problem as Microsoft might not be releasing the next update through ISO (it may need to come through the automatic updates feature), which would require anyone running build 9901 to do a clean install.

Still, if you want to test out some of the features that will be available in the next major build update, you're willing to spend the time and effort to do a clean install, and you're confident in your ability to protect your computer from malware, then by all means go through the hassle of tracking down and downloading build 9901 from the torrent and filesharing sites it has been leaked on. But keep in mind, leaked Windows 10 builds will receive no support from Microsoft and, again, may be difficult or impossible to update without a clean install.