Copy files and folders from one location to another, be it another folder on the same drive or to a different storage medium should be easy. Drag and drop and wait until the copying or moving task has been completed.

The problem comes into the process when the file names are found to exceed the 255 character limit that many drives partitions or CD systems are comfortable working with. The copying or moving process can suddenly hit a wall with an unexpected error message being shown advising the user to “shorten the file name” because it is too long presently.

You can try to edit the file name manually, but this doesn't always work when doing it by hand. If there are many such files in a folder or series of folders that have followed the same naming convention then there could be hundreds or thousands of similar files to rename. Manually renaming them is impractical and few file renaming applications can specifically handle long file names during the renaming process; often they just run into the same Windows Explorer-like error when trying to access the long-file name.

Enter Path Scanner which is a software application that was created to scan a path on a hard drive or SSD and tell you right away when there is likely going to be an issue with overly long file names or folder names. 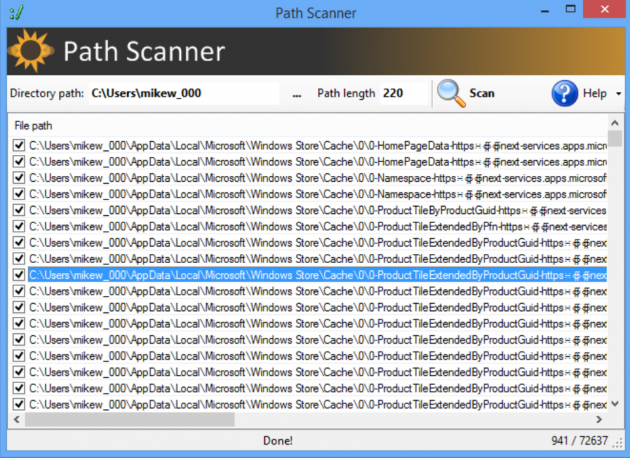 The default path when running the program isn't always the one you might expect but it is easy to navigate to where you wish to go.

Specify The Maximum Character Length Yourself

It is possible to specific the exact number of characters that is acceptable for a path name which is a nice feature. The software doesn't just default to the maximum 255 characters as different platforms and partition types accept different lengths so the user can dictate what is an acceptable character length based on their own requirements.

There is no direct file control so it is not possible to scan a target folder, select some files and then delete them via a little digital housekeeping while you're at it. The software isn't that slick. You'll still need Windows Explorer or another file manager for that.

There are two versions of the software. The earlier one as described above is free and more basic. The newer release which is not free, has been renamed Data Path Scanner, and is updated to provide a more powerful filtering facility which can overlay on top of search results for greater specification on which files to alter file name lengths. 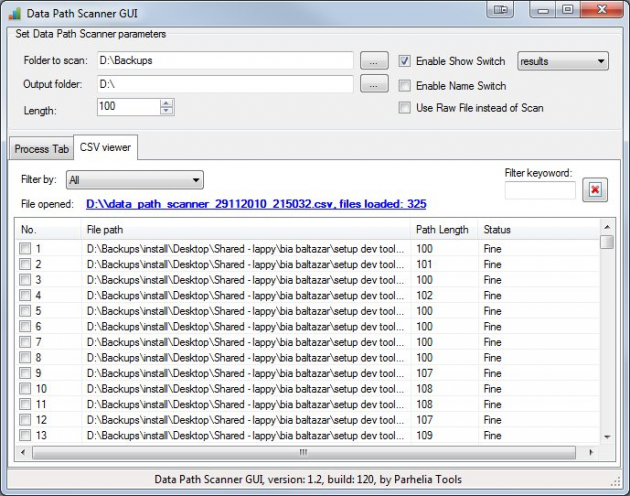 Essentially though the software isn't much changed from the original. If you wish to avoid having problems when accessing, copying or burning longer named files to a hard drive, CD, DVD or Blu-ray disc then this application could be quite useful to avoid having any file issues but don't expect full blown file management features much beyond that.


Hi guys,
Use LONG PATH TOOL, it gives good result in solving the errors in long file like deleting the file, renaming the file, copying the file, etc. Try it......