Games of all kinds are available for download and cater to the needs and choices of all players. Action, racing, endless runners, puzzlers, horror, adventure, they’re all offering variety and a plethora of choices, enough to leave everyone satisfied. But the game apps that attract more attention than anything else, are games that apart from a good gameplay, offer lots of laughs as well. Thus we decided to gather and list what we consider to be the funniest games that are currently available on the app store.

Let’s take a look, shall we? 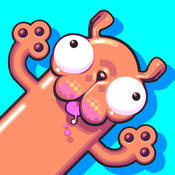 Silly Sausage will drive you crazy with its randomness and black humor (considering it takes place in a meat factory). In this game the player controls a 16-bit stretchy dog named Silly Sausage and guides him in his adventure through Meat Land. In his way he must collect gems and avoid deadly meat cutting devices. The game consists of 50 levels separated by doghouse checkpoints. You can stretch the dog as much as you desire, and towards any direction. One of the funniest parts of the game is that you can stretch the dog enough to smell its own butt!

You can read our detailed Download3K review of Silly Sausage here. 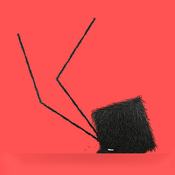 In Daddy Long Legs you control the movements of a small, hairy creature. More specifically, you have to put one leg in front of the other and try not to fall. It seems easy and boring, but it's actually quite hard and very funny to watch. The goal of Daddy Long Legs is to walk as far as you can. However, considering the fact that this little creature has very long legs in comparison to its tiny body, it’s going to take a lot of effort in order to successfully move it around in a steady pace. Since it is a one-touch game the rules are simple: tap the screen to change leg and watch as Daddy Long Legs stumbles across the screen. The game also offers unlockable costumes that make the process of walking more hilarious. 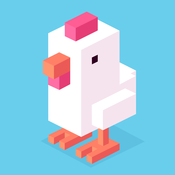 Crossy Road is the phenomenal game that captivated players and became a guilty pleasure soon after its release, plus still remains one of the funniest endless arcades. In this game you are in control of a chicken (or other animals and people) that is trying to cross a road full of highways, railroads and rivers. Your job is to help your animal get as far as possible, and while that might sound easy, trust me when I say it’s not. If you don’t cross the road successfully in under a few seconds, an eagle will fly towards your character- and you can imagine what happens next… I’m sure your character will meet the eagle one way or the other, as it’ll get hit by trucks, cars and trains, or simply fall into the river.

You can read our detailed Download3K review of Crossy Road here. 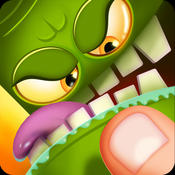 Mmm Fingers manages to turn into laughter an otherwise frustrating loss. It’s a single-touch high score game, in which you have to make sure your finger avoids the small traps and monsters which look at your finger like it's a delicacy. If your finger doesn't slide through them and end up touching them, it gets eaten. Bear in mind that the obstacles move, so you have to stay focused throughout the whole time and keep your movements fast and steady.

Mmm Fingers is the kind of game in which you’ll end up losing one way or another; the point here to reach a high score and spend your time having fun. So, the true enjoyment comes from playing it without caring about losing, and laughing at how hard it gets to keep your finger intact.

You can read our detailed Download3K review of Mmm Fingers here. 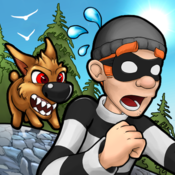 I can’t describe what a fun experience this game is and what a pleasant addition to the smartphone games. In Robbery Bob you have to help the burglar Bob (yeah I know it sounds weird) to steal certain items from homes and other buildings or facilities. The hilarity of it all lies to the comical way all the characters and actions are presented and how funny the whole ordeal is. It is a great game that offers something different amidst endless runners and puzzlers that are dominating the charts. You should definitely give it a try if you're looking for something hilarious and challenging at the same time.

You can read our detailed Download3k review of Robber Bob here. 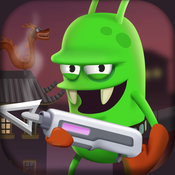 6. Zombie Catchers by Two Men and a Dog, Freemium

I don’t know where to start from with this game. Zombie Catchers is actually one of the funniest games for iOS out there. Honestly, its plot is hilarious, extremely fun and addicting. In the distant future, planet Earth is infested with the undead, but thankfully for us, A.J. and Bud, two intergalactic businessmen, have decided to set up shop on Earth and together our heroes plan to catch all the zombies and make Earth a safe planet while also making a profit… by selling zombie juice! Yes, those two gentlemen capture zombies in order to sell their juice in the drive-thru they own, by squashing them in specially designed machines! The whole plot is even more hilarious when you actually start playing the game and get the hang of it. As a zombie catcher you are required to travel to zombie infested areas, and catch the undead. This task is easier at first but of course gets harder as you progress and clear levels. I would recommend this game to anyone who is thirsty (not for zombie juice) for something different, interesting and doesn’t take itself too seriously. It's highly recommended, so don't hesitate to give it try!

You can read our detailed Download3K review of Zombie Catchers here. 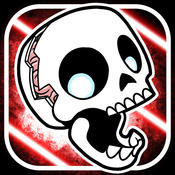 Skullduggery is a game with a funny premise and enjoyable gameplay. The player takes the role of a Semi-Organic Autonomous Skull who is responsible for collecting taxes from the so called “Deadbeats” of the Afterlife. The player has various powers including Brain Power, Gravitational Truancy, Headshots, and of course, what would a tax collector be without Bureaucracy, even in the afterlife?

If you're looking for a rather unique, interesting and funny game, then check this one out- chances are that you won't get bored of it easily. 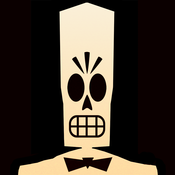 The smartphone port of the old but well-known game Grim Fandango that was released a few months back brought tears of joy to its fans, and a reason for people unfamiliar with the original game to experience it in a remastered version. Grim Fandango tells the story of the deceased Manny Calavera who works even after death as a travel agent at the Department of Death. His job is to sell luxury packages to souls on their four-year journey to eternal rest. However, Manny finds himself trapped in a conspiracy and now he must uncover all the secrets regarding it. A lot of hilarious moments and laughter ensue so play at your own risk! 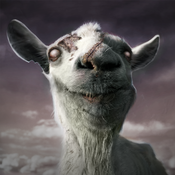 Goat Simulator Goatz is probably the most random game on the list and I don’t regret a second putting it here. It’s so hard to describe this game’s plot and purpose but I’ll do my best. In Goatz you control a goat that tries to survive… in a zombie-infested world. You have to avoid the undead humans and animals (yes there are animal zombies too), and try not to die of hunger while doing so. You can spread as much havoc as you want and you can even shoot at zombies. Don’t ask how, it hurts to explain so just get it and try it out- make sure you watch the trailer first so that you get a taste of what you’re getting yourself into. 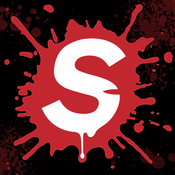 This game is so wrong and hilarious that it would be a shame to not list it. In Surgeon Simulator you try to operate on patients with not so calm hands… in fact, your hands shake throughout the whole thing and there’s no way you’re gonna finish successfully. But don’t feel bad, because that’s the whole point, performing hilarious operations and laugh at the process! It’s so crazy that you just have to love it.

And this completes our list of the funniest game apps, both Freemiums and paid. We hope you find new favorite games among them and enjoy them as much as we did. Let us know which ones you picked and why, in the comments below!

#android #ios #games #review #best apps #list #funny
Comments (0)
< PREVIOUS ARTICLE
How to Customize the Quick Action Buttons in the Action Center [Windows 10]
NEXT ARTICLE >
WhatsApp Web Now Works for iPhones too, Here's How to Enable it for iOS