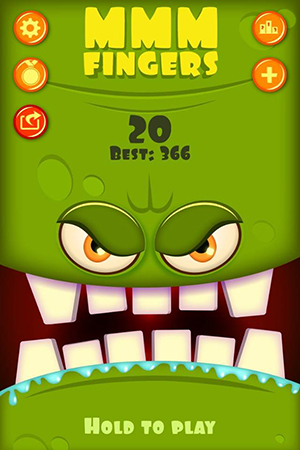 While browsing the App Store for new games today, I stumbled across “Mmm Fingers” by developer Noodlecake Studios, in the Best New Games category. While the game's title sounds funny, and maybe even silly, I decided to give it a try as I usually trust the featured apps category.

The game's icon shows a monster-like creature drooling over a human finger, which is not surprising when compared to the game's name. So, apart from the icon, the game's page gives us a glimpse of what to expect, by providing us not only with screenshots but a small video as well. I was surprised by that since most game applications don't go to such lengths for the customers and rely only in screenshots.

A first look of the video and screenshots gives you an instant feeling of fun, which certainly tempts the costumer to download it.

Another plus is that it's not only free, but also states in the description that it doesn't include in-app purchases. I consider the latter very important since many apps (not only games), look like they’re free but don't have numerous limitations unless you pay to unlock them. I've read many complaints online about in-app purchases so hopefully developers have started to take into consideration those complaints.

Moving on to the game itself; the description begins with the phrase “How long can you protect your fingers from the hungry monsters?!”, and it's a good indicator of what the game is about. The goal is easy, or at least explaining it is. It's a singe touch high-score game, in which you have to touch the screen and make sure you keep holding it while the game is still on-going. But lifting your finger is not the only difficulty; you have to avoid the small traps and monsters, both of which come bearing sharp teeth. If your finger doesn't slide through them and end up touching them, it's game over baby. Bear in mind that the obstacles move, so your movements have to be quick and tangible. Every few “meters” you reach a new session different and harder from the previous one. The game also tracks your past high score progress, session high score, and average score. 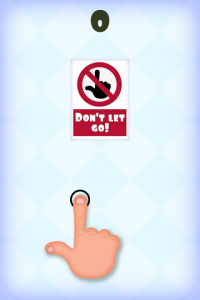 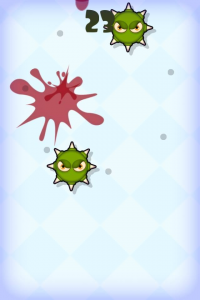 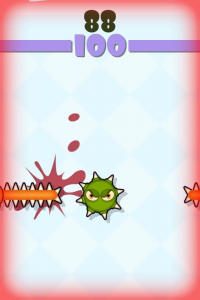 As you may have guessed, this is not a game with levels that have a set start and end. It's one of those games that you end up losing one way or another achieving only a higher score each time. So, if you're not a fan of such games and are not very patient, better not try this as it could get really annoying. Otherwise, if you want to have some fun and spend your time playing something light-hearted, then this game will not let you down.

As far as the graphics go, while not spectacular, they are exactly what the game needs: lively colours and well-made traps. The music is funny and fits the games purpose well.

For now, the game is only available for iOS devices, but judging from the developer’s other games it will probably become available to Android users in the near future.

Check the developer’s site for more of their work: http://www.noodlecake.com/games/

Let us know your opinions and thoughts about this game in the comments below!