In this guide you will find the best free applications for screen recording.

Note that we didn’t include programs that add a watermark when in their free version when using them, such as Fraps and Bandicam. Also, we won’t be mentioning Game Bar from Windows 10, since it’s not a standalone app that can be used by anyone (it’s only available to Windows 10 users). Click here to read a tutorial for recording clips or taking screenshots with Game Bar in Windows 10.

Screen recording for games or tutorials

The most common reason for someone to need an app recording their screen is gaming. Gamers often use such programs to upload videos or live stream their gameplay sessions in online services. Screen recording can also be used to create video tutorials- YouTube is literally full of such videos.

Apart from those two basic reasons, there’s nothing to prevent you from recording your screen for any other purpose.

OBS is not just a program for screen recording. It is an advanced software that can record from multiple sources simultaneously (e.g. desktop, various programs, video camera feed, and others), which we can change at will. It is aimed mainly at gamers and those interested in live streaming with services such as Twitch. 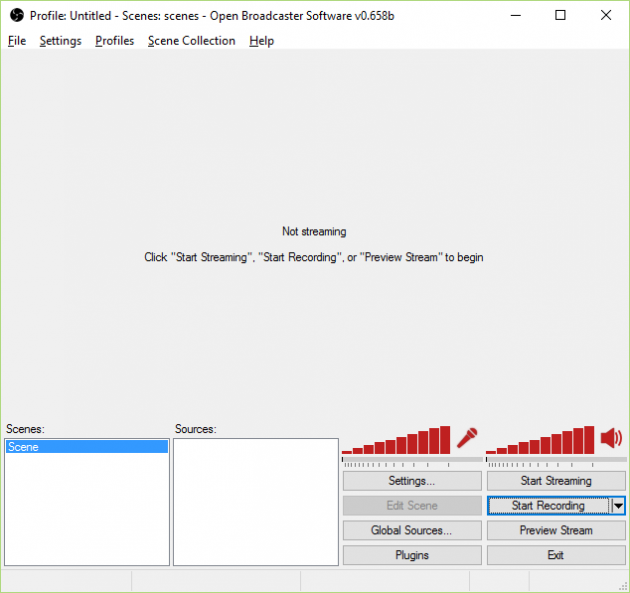 Of course, you can just use it for simple screen recording purposes, but it would be like throwing away its potential if you used just it just for this.

It has two versions, OBS Classic and OBS Studio, with the latter being available for all operating systems (Windows, Mac and Linux), and including a wider range of features.

Loilo is considered by many gamers to be ideal for screen recording. 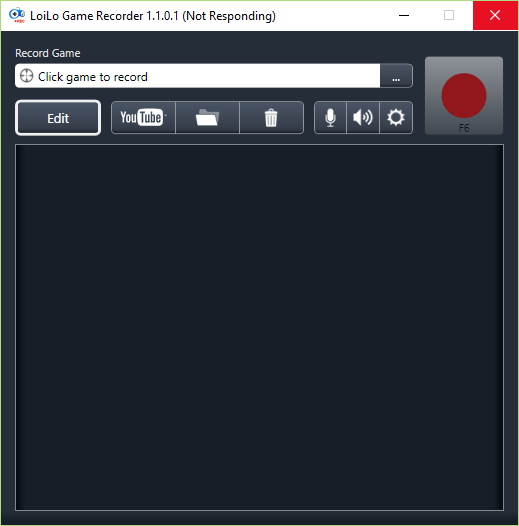 It is a very lightweight program, and the output image quality of the video is really high, since the recording is performed in Motion-JPEG. This way, the final video may take up a lot of space, but it’s stored in the best possible quality. Afterwards, you can use a video conversion application to compress it.

Moreover, our program gives you the ability to upload your videos directly to YouTube.

However, during installation it also installs an additional application called LoiloScope, which is used for video editing, without your approval. But you can simply uninstall it afterwards.

Although the Active Presenter has a paid version too, the free version is more than enough for basic screen recording.

After opening the program, you are asked whether you want to record the entire screen, or a specific part of it. Moreover, you can also choose if system sounds will be included in the recording or not.

When the recording session is over, you can edit the recorded video by cutting unnecessary parts, adding effects, adding a background image, and more.

It is a complete solution for someone who wants to process the recorded video afterwards. Its free version does not add annoying watermarks, and doesn’t have any usage limitation either. It supports exporting to several file formats, including mp4, avi, wmv, mkv, png, jpeg, etc.

Flashback has two paid versions (Pro and Plus), but also has one free version, known as Flashback Express. 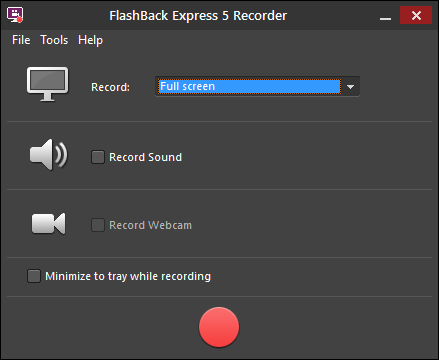 Comparing the paid and free versions, we can see that it doesn’t have many export options. In fact, you can export our video only to avi or flv.

If you are interested in mainly uploading to YouTube, FlashBack Express is a good choice for screen recording. To download it you just need to enter your e-mail, in which you will receive the activation code for the free version.

Its GUI is quite similar to Active Presenter’s, and provides video editing functions after the video recording is finished. However, it doesn’t have many effect options.

This program specializes in screen recording for educational purposes. With Wink you can add buttons, titles, and other kinds of effects while recording. 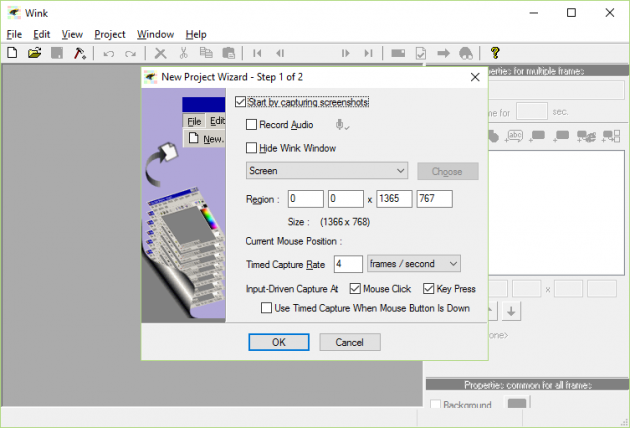 It is ideal if you are interested in making any kind of tutorials. The only drawback is perhaps the increased difficulty of use.

Icecream Screen Recorder is a tool that allows you to record any area of your screen, or even screen-capture it. 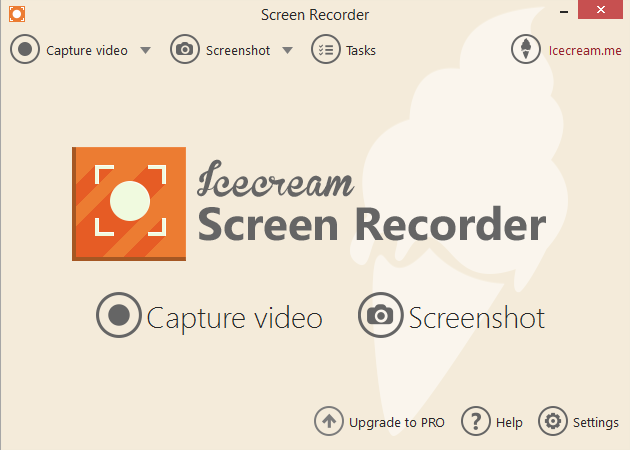 In the free version, you are limited to 10 minutes in video recording, plus you are not allowed to change the output format of the video (you’re only able to export to WEBM format).

However, it is extremely simple as a program and very convenient for those who are interested in short screen recordings. A painting tool is also included, if you want to paint on the screen while recording.

It supports Windows and Mac.

oCam is another, easy to use screen recording software. 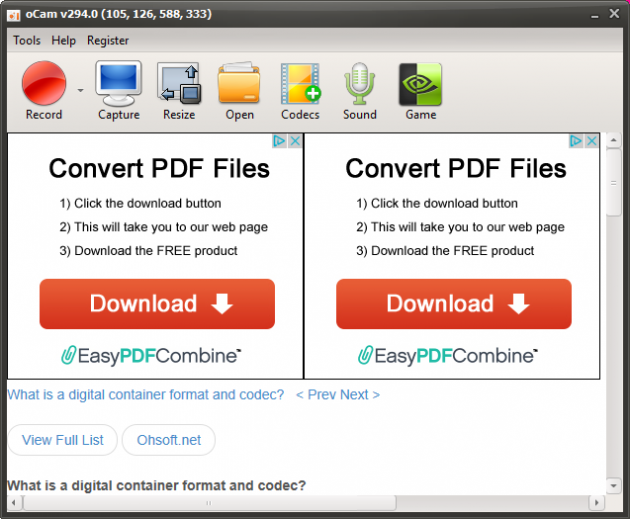 It can be used only for screen recording purposes, since it doesn’t have video editing tools. However, it does its job fine, without giving you a hard time.

The only drawback of the free version is that it has several ads. If this doesn’t bother you, it is quite a remarkable program for the screen recording.

The (sad) story of CamStudio

CamStudio has long been one of the most popular programs for screen recording. However, its installation is not recommended, since it has been accused in the past of trying to install a virus.

The story begins in 2001, when it was released as an open source program, and had great success in the field. It walked its path smoothly until 2013, where the creators decided to include other 3rd-party additional applications in its package.

Since then, many antivirus programs report it as malware, detecting various PUPs (Potentially Unwanted Programs). In fact, in 2014, the installer was infected with a Trojan.

In early 2015, the installation of CamStudio still contained malicious software, and the program lost the trust of its users.

Since early 2016, however, it is considered that its installation is safe.

Regarding the program’s functionality, it has a simple appearance and very easy to use, like oCam. It has all the basic screen recording features and is completely free, without any paid versions. 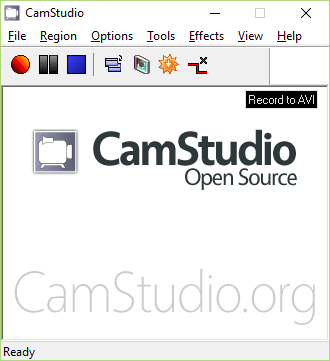 However, if you finally decide to install it, you should be careful and press "Skip" or "Decline" to any additional programs that you are asked to install during CamStudio’s installation procedure.

Let us know if you have any questions or suggestions in the comments section below!


I would like to recommend TalkHelper Screen Recorder as well!
https://www.talkhelper.com/screen-recorder.html