With mega mobile messaging app WhatsApp being recently acquired by Facebook many tech-savvy chatters have already started looking elsewhere for alternatives. While the acquisition may actually improve functionality and allow for more protective privacy features, some former WhatsApp users are skeptical about the transition. Luckily, if you're in search of a messaging app that offers similar features you can refer to the following list of the top 7 free WhatsApp alternatives:

Wickr is a particularly appealing alternative for WhatsApp users that are concerned about their privacy and security, as it provides state-of-the-art HIPAA-compliant encryption technology as well as the ability to send self-destructing messages, photos, documents, videos, and calls that are programmed to delete themselves after a set period of time. Furthermore, users can use this app completely anonymously, as it does not ask for any personal information during registration. 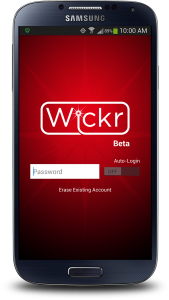 Once installed on your phone Viber can scan through the existing mobile contacts in your address book to automatically identify other Viber users, letting you connect with them instantly. This software also offers the additional perk of being able to make internet phone calls to other Viber users. Furthermore, Viber offers the unique advantage of being compatible with all major mobile operating systems, including iOS, Android, Windows Phone, Nokia, Blackberry, and Bada. 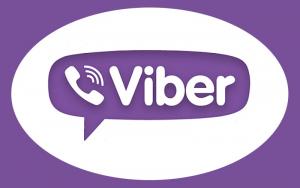 Kik is an insanely popular messaging app that offers the unique advantage of having a built-in web browser. The app is heavily integrated with HTML5, creating an incredibly user-friendlyexperience that simplifies and enhances media sharing and user-to-user gaming. Kik is also the messenger of choice in many online dating communities and social circles, especially in North America and Europe, where most of it 100 million+ users are located. 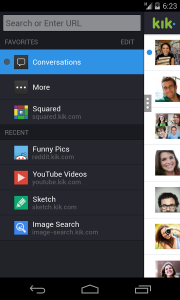 Telegram benefited from a huge surge in popularity after more than 5 million users downloaded the app following the recent Facebook acquisition. This app places an emphasis on speed, security, and user-friendliness, and to top it off the developers have stated that Telegram will remain free in the future, which means users can look forward to zero ads or subscription fees. Telegram also offers a variety of interesting features, including the ability to share videos up to 1GB in size, create group chats with up to 200 people, and engage in “Secret Chats” that can be set to self-destruct based on user preferences. 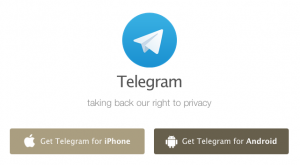 KakaoTalk is one of the sleekest and most aesthetically appealing messaging apps out there, offering users the ability to choose their own design themes. This app provides most of the same features as WhatsApp and is complimented by a wide range of additional apps and services like KakaoGame, KakaoMusic, KakaoAlbum, and KakaoStyle, making it easy to centralize all of your social networking and entertainment activities into one streamlined mobile software suite. 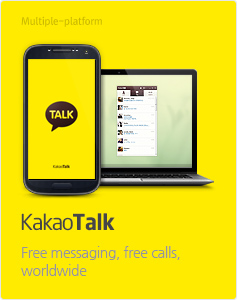 Line offers most of the same features as WhatsApp, along with a few extras like in-app gaming and free voice and video calling. This app has built a massive following in Asia and has recently begun to circulate heavily in North America and Europe as well. All of your messaging activity is stored within the cloud, which means you can access your chat history and conversations from any internet-connected device as long as you have your login credentials. 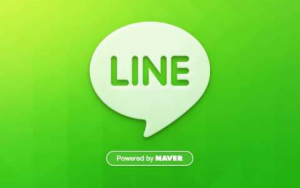 Although the Tango interface will take some getting used to for users of WhatsApp, the complexity is a fair trade-off for the additional features, which include integration with Spotify and compatibility across smartphones, tablets, and PCs. Tango has more than 150 million users and has won a number of awards, including Best Communication App (Appy Awards) and Best Texting App (About.com Reader's Choice Awards).