Home
Articles
The Top 10 Most Popular Puzzle Games on Facebook 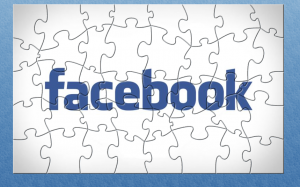 Of all the types of casual games on Facebook, the puzzle genre is perhaps the most popular. Most of us love a good challenge, especially when we have the opportunity to compete against friends and family. Luckily, you won't have to spend hours sifting through mediocre games to find the best, because below we've compiled the top 10 puzzle games on FB, listed in order of popularity:

With about 70 million likes and 10 million monthly players, Criminal Case is one of Facebook's top hidden object puzzle games. You'll be playing the role of a detective with the Gainsborough Police station, and the object of the game is to catch the killer by scouring the crime scene for clues, analyzing evidence, and interviewing suspects and witnesses.

Although the gameplay is easy enough for anyone to play, this game isn't recommended for children because many of the murder scenes contain somewhat gruesome imagery. You can partner up with your Facebook friends to solve crimes faster by earning bonus points and extra clues.

The game has achieved phenomenal success since its release in November of 2012. Still, it's not for everyone - it requires patience, as you have to wait to receive lab reports unless you're willing to pay for micro-transactions to speed the process up. The game is developed by Pretty Simple and receives an estimated 25,000 daily installs and generates an estimated $600,000 in revenue each month.

Game Analytics published a review on how they've been able to drive such exponential growth and grow it into what is arguably the best hidden object game in existence. Overall, it's a challenge of reasoning, observation, and deduction that has proven to be a highly addictive gaming experience.

With about 8.5 million likes and more than 5 million monthly active users, Bubble Witch Saga 2 is easily the top casual puzzle game on Facebook. Produced by the well-known game development company King, the game is similar to its sister title Candy Crush in many ways. The game builds upon the success of the first Bubble Witch, with hundreds of exciting levels and new ones added every 2 weeks.

Players are entertained by a combination of puzzle-solving and bubble popping, with several game modes, a large library of unlockable special items, and impressive graphics. In all, it's probably the most well-rounded bubble-popping game out there, and it definitely has more depth than any game in the genre.

Right now the game is estimated to be grossing roughly $20,000 per day, with more than 7,000 new installs every 24 hours. It's currently grossing more than $1 million per month in revenue, making it one of the most successful games in the history of Facebook, let alone the puzzle category.

Chances are you've heard of Candy Crush even if you've never played it. The latest installment of this famous match-three puzzle series from King Digital has been enormously successful since its Facebook release in January of 2016. The gameplay is similar to most other games in the genre, with the exception being that there are four different modes to enjoy:

With more than 100 levels and competitive leaderboards this game has no shortage of depth and aesthetic appeal. As of March 2016 the game had reached a global sales of more than $15 million, and at that point it had only been out for a few months. It's free to play, but many players choose to enhance their experience with micro transactions.

Developed by Wooga – the creators of Diamond Dash, Bubble Island, and Futurama: Game of Drones – Pearls' Peril has managed to break through the Top 25 Facebook Games in all genres, with an impressive 3 million likes and 1 million active players.

This highly detailed hidden object game is regularly updated with new puzzles on a weekly basis, so it's practically impossible to become bored with it. There are literally hundreds of scenes just waiting to be explored.

If you're not familiar with hidden object games, it's simply a puzzle that challenges you to locate specific items within a crowded or complex scene. If you're already a fan of the genre then you'll probably find Pearl's Peril to be one of the best, if not the best entry the niche has ever seen.

The thing that makes this more than just a collection of hidden object puzzles is the intriguing storyline and open world island that develops with the plot as you move deeper into the levels. Each puzzle helps you unlock clues that take you further on the journey. Another appealing aspect is the fact that the scenes are 3-dimensional and graphically stunning instead of just being 2D images like a Where is Waldo book.

According to ThinkGaming.com, Pearl's Peril is generating about $25,000 per day in revenue while getting about 10,000 daily installs, which means it's also one of the fastest-growing and highest grossing Facebook games.

Blossom Blast Saga from King Games is a highly popular puzzle game with more than 1 million active players on Facebook. Players make their way through visually stunning floral-themed levels while trying to match flower buds. When 3 buds of the same color are connected they will instantly bloom into flowers and fly off the field.

The animations and graphics are particularly special for a game of this type. The entire experience is certainly more 3-dimensional and immersive than your standard 2D matching game. The gameplay is also very smooth and engaging, with an abundance of boosters and special bonuses to keep things interesting.

Of course, as a Facebook Game there's also a social aspect that allows you to play against friends to compete for the highest score. As you'd expect from a game in this genre, things start out slow but can quickly become hectic if you don't stay on top of the buds. ThinkGaming estimates that Bubble Blast Saga is earning about $12,000 per day in revenue, making it one of the more profitable games in the Match 3 puzzle niche.

Developed by Jam City (the makers of Panda Pop and Family Guy: The Quest for Stuff), Genies & Gems has quickly risen to an elite level in the Facebook game library, attracting 1 million players and almost 150,000 likes since being released in 2014. This action-packed gem-matching puzzle game is loaded with hundreds of challenging levels just waiting to be unlocked.

Rather than just giving you a generic match 3 game, the team behind Genies & Gems have hidden an assortment of relics, keys, gold bars, and other objects underneath the gems. You can use these special items to unlock new worlds and obtain boosters that will help you gain higher scores. For example, you can use the gilded butterfly or rainbow to guide you through levels quickly and easily.

With so many special scoring combinations and exciting animations, this game is sure to keep your eyes and fingers busy for hours on end. But beware, the entire experience isn't going to be a joyride, as you'll have to outpace bandits and protect your treasure along the way. ThinkGaming estimates that Genies & Gems is earning about $25,000 per day in revenue and more than 11,000 daily installs.

With nearly 4 million likes, Mahjong Trails is one of the most liked games on Facebook. Of course, it also has more than 1 million active players indicating how great of a game it is. The game was launched way back in July of 2010, which explains it's veteran-level popularity. Developer MegaZebra is known for routinely updating the game and providing ongoing support to players via the game's fan page.

If you've never played Mahjong before, Mahjong Trails is perhaps the best way to become familiar with the game given it's user-friendliness and interactive gameplay. On the other hand, it's also probably the most challenging at later levels.

One of the best parts about playing Mahjong Trails on Facebook is that you can compete against friends to see who gets through the levels faster and who gets higher scores. Right now there are more than 600 levels to work your way through, and if you ever reach that level of mastery you can still look forward to new levels being added regularly. Essentially, Mahjong Trails is an ideal platform for unlimited Mahjong fun in a visually pleasing interface.

Top tier game developer Rovio has done it again with the latest installment of their super famous series – Angry Birds: Friends. This version is packed with even more interesting levels, better graphics and physics engines, and much cooler themes. With 1 million players and more than 150,000 likes this game has managed to make it into the Top 50 Facebook games in any genre.

In case you've been living under a rock and have never played Angry Birds, the object of the game is to fling large birds from a catapult into various structures in an effort to knock them down completely within a certain number of tries. To do this you'll need to practice aiming and proper trajectory to strategically weaken the structure. Of course, you can also earn extra points by completing levels in fewer turns, popping pigs, and hitting special bonuses.

The coolest additions to this version of the game are the weekly tournaments, competitive play, and level additions. Angry Birds is now adding between 6-12 new levels every week, so you don't have to worry about being bored by the same levels over and over again. There are also leagues and leaderboards that you can climb up to earn rewards. Plus, they added special slings that allow you to increase damage against some or all of the blocks you're targeting.

Although CookApps is a bit less known than some of the other developers on this list, they've managed to release a slew of successful cross-platform games, several of which are available on Facebook. Bubble Coco seems to be their biggest success, with the game recently breaking through the top 50 Facebook games in all genres with about half a million likes and more than 1 million players.

The object of the game is to help rescue CoCo the chicken's kidnapped chicks from the villain fox by popping your way through levels and circumventing obstacles. The interesting level backgrounds and unique boosters give the game an edge over most similar games in the bubble popping niche. If you're a fan of this kind of puzzle game, this one is definitely worth a test drive.

Diggy's Adventure is another hit from the renowned developers at Pixel Federation, and it's easily the best mining and digging puzzle game on Facebook hands down. With 500,000 players and about the same amount of likes, it's clear to see that it has been dominating this relatively underrated niche since being released in 2012.

If challenging riddles, mazes, and labyrinths are your thing, you'll be pleased to know that there are literally more than 1000 separate riddles and more than 500 labyrinths that can be accessed via 4 different open world environments. Plus, the game features more than 100 characters and can be played in 18 different languages.

In terms of customer support and the frequency of updates, it would be very difficult for any digging or maze-running game to compete with Diggy's Adventure. New content is added to the game on a weekly basis and the support staff can be reached 24 hours a day.