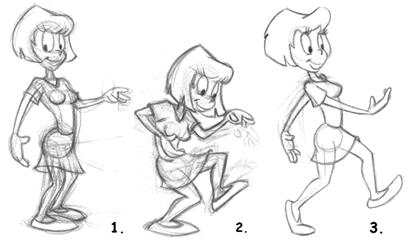 Most of us spent our childhood drawing and watching cartoons, hoping Tom would eat Jerry, Sylvester eat Tweety, and coyote eat beep-beep. For those who still have artistic concerns, here are the best free tools for making their own animations.

Until a few decades ago, 2D animations required creating thousands of drawings by hand, a difficult and time consuming process with high production costs.

Nowadays, there are several digital drawing tools with rich features that do not cost anything. So, you can create animations even if you aren’t professional animators.

This guide includes presentations of eight programs for creating animations, and a short description of their features.

OpenToonz is an excellent software for 2D animation. It’s free, without any restrictions even for professionals who create animations for commercial use. The application is open source, which means that the source code of the program is available to any programmer who wishes to modify and improve it.

In 1993, the Italian company Digital Video released Toonz 3.0, a commercial application for animations. The application was highly successful, and sold over 3,000 licenses to companies worldwide.

Then, Toons 6.0 was released in two versions, Harlequin and Bravo. The development of Harlequin was done in collaboration with the Japanese Studio Ghibli, which, among other things, produced the films of Hayao Miyazaki and Isao Takahata.

In March 2016, Digital Video in collaboration with Studio Ghibli and also the Japanese company Dwango, released the open source version of Toonz, named OpenToonz. This is why all manuals for OpenToonz are in Japanese.

Before downloading OpenToonz, it is recommended to check the minimum system requirements. The most important requirement is that your computer must have at least 4GB RAM, and at least an i3 processor.

A quick look at OpenToonz

When you open the application for the first time, perhaps you will be terrified. You can see several windows and too much information- but let’s not forget that this tool is also for professionals, who are likely to have been trained in Toonz. 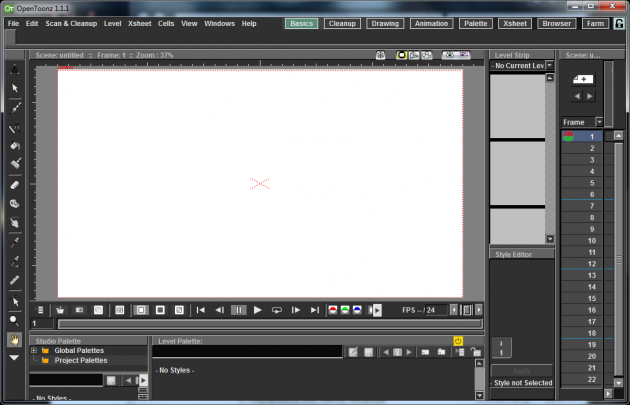 The basic structure of the software is for planning a static image initially, then creating several separate frames, and finally make the animation by moving the image within the frames.

Pencil2D is also an open source software for 2D animation. With this program you can create simple animations in a very user friendly interface.

In the official website of Pencil2D you can register and participate in discussions regarding the software, and ask for help from other experienced users.

The program is written in C++ and is based on the Qt philosophy, so it runs under Windows, Linux and Mac OS X, without making major changes to the code. It also comes in portable version, for those who wish not to install it.

A quick look at Pencil2D

The interface of Pencil2D is reminiscent of the well-known Windows Paint. This works for encouraging an aspiring animator, who wants to learn a new program for animation, without having to study for weeks. 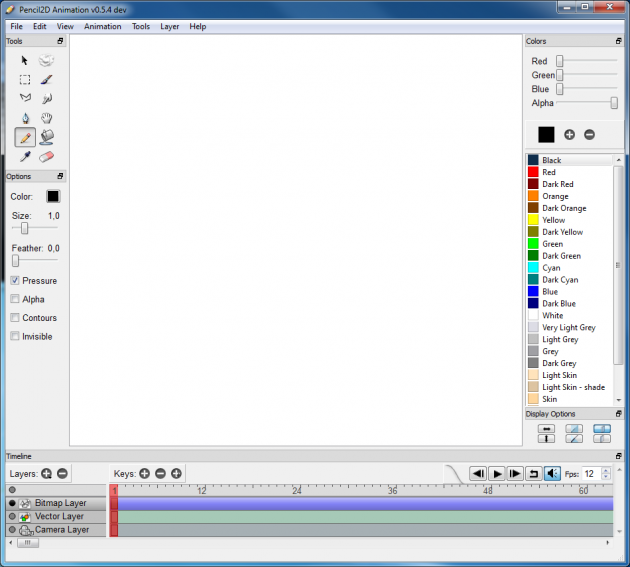 To create an animation, first you have to design an image in the first frame. Then, create a new frame and continue designing the existing image. Repeat the process as many times as necessary to give the design a sense of motion.

Plastic Animation Paper, or PAP, is a powerful design tool for creating animations. It’s free, but runs only on Windows.

The good news is that the creator of PAP is working to implement the new and improved version, which was presented as a campaign in Indiegogo. The new Animation Paper will run on all operating systems. Unfortunately, however, it will not be available for free. Though, $80 for a professional tool is not a fortune.

As for PAP itself, it is striking that it has a rich toolbox, which allows you to create detailed designs easily. Of course the interface of the program is somewhat outdated and not in line with modern environments. Even the author admits that PAP GUI does not make him feel proud.

A quick look at PAP

Despite the shortcomings in the GUI, PAP is easy to use. Even the most novice user can quickly learn and create his first cartoons. 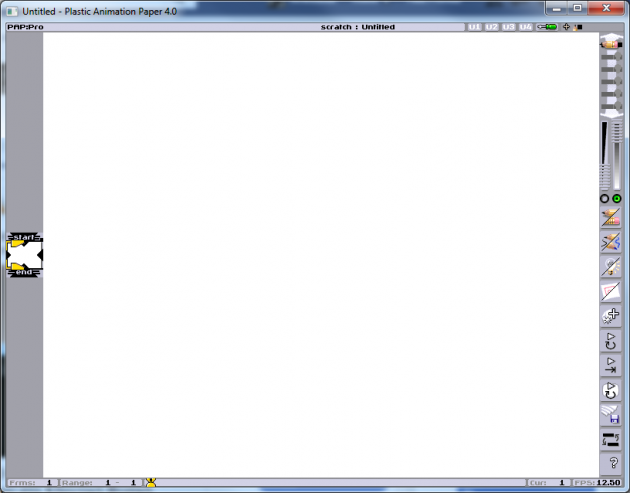 It is based on the frame-by-frame design logic, where in every frame each design has little difference from the previous one and the next.

Synfig is a free software, and in 2005 the creator decided to release its code for other developers to use.

With Synfig one can design animations based on Vector Graphics. In Vector Graphics, the concept “image resolution” does not exist, therefore the images can be enlarged or scaled without sacrificing quality.

Also, Synfig’s philosophy is not based on frames, as you saw in the previous programs. The animations are created based on the order of the images.

A quick look at Synfig

The user interface is neat and has many drawing tools. Since you are working with vector graphics, the element of coordinates has a strong presence in the program. 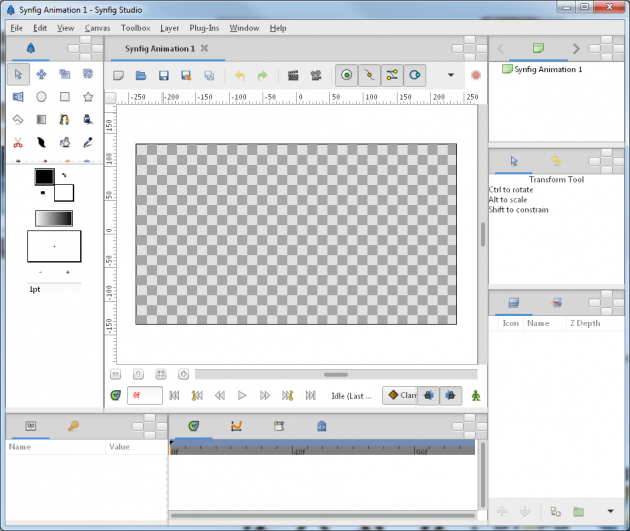 It will definitely not appear to you as easy as Pencil and Plastic Animation Paper, but if you spend some time and experiment with it, then the result will be rewarding.

With Stykz we can create animations based on stick figures. The stick figures are nothing more than the well-known little people drawn with simple lines.

Besides, some of us did not have a special talent for drawing, since we can draw nothing but stick figures.

Stykz is a powerful tool for 2D animation based on the philosophy of successive frames. Alternating images into separate frames gives the illusion of motion.

It is also free and runs on Windows and Mac. Linux users are waiting for a release soon.

A quick look at Stykz

What is pleasantly surprising is that different tools are opened in separate windows and regardless of the drawing canvas, so that you can easily place them wherever you want on the screen. 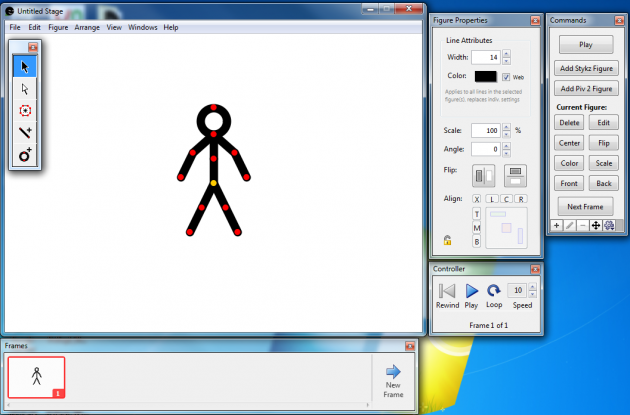 The user interface is designed with simple and understandable commands. But even if something seems complicated, you can consult any of the several detailed tutorials.

It is certain that every aspiring animator will enjoy the hours devoted to Stykz, and will also create successful stick figure cartoons.

Tupi is a powerful tool for creating animations, and is available free of charge. The creators continually improve and update the software’s code, making it highly competitive.

With Tupi you have the opportunity to design satisfactory cartoons even if you don’t have a particularly great talent in drawing.

A quick look at Tupi

The GUI is user-friendly and very easy to use. It has a simple design, with many design tools and an incredibly easy menu. 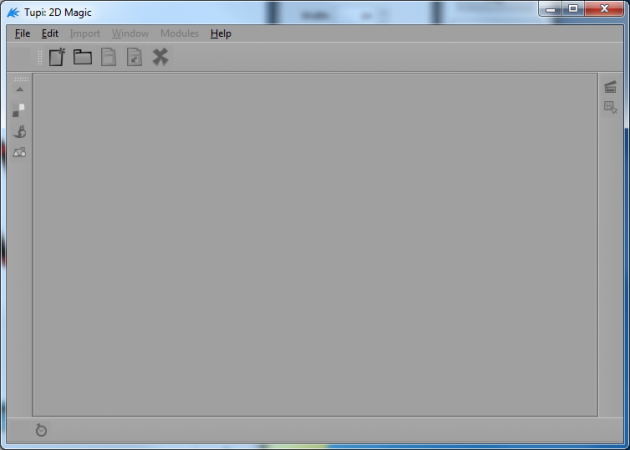 First you create a design in the first frame, continue it in the second frame and repeat the process. Thus, you can create animations with the frame-by-frame method.

Vectorian Giotto is a free software for creating 2D animations. It is a powerful program, with many tools with which you make animations using the frame-by-frame logic.

It has all the features of a descent program for animations, like the previous software we presented in this guide.

It seems however that it has been abandoned by its creators. The vectorian.com page no longer exists, and the last post in its Facebook page was made in 2011.

As there is the official page of the program is not available, you can download Vectorian Giotto from here.

A quick look at Vectorian Giotto

The program’s interface has shades of gray, and is quite rich. The drawing tools are located on the left side of the screen, the color table on the right side and the command menu in the tool bar at the top. 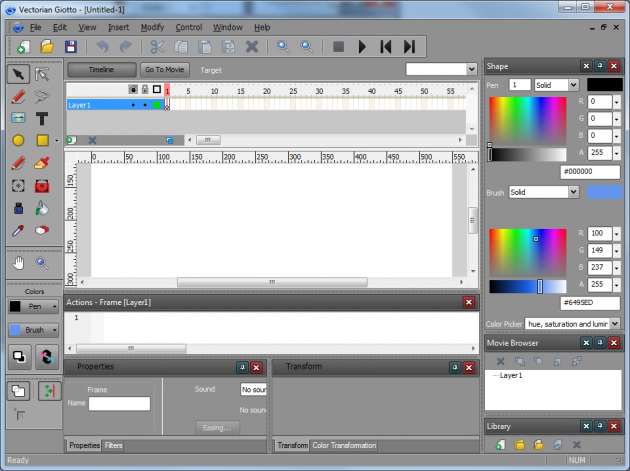 Despite its not-so-attractive interface, it’s certain that Vectorian Giotto is not tricky and has no surprises for the user. You can create imaginative animations very quickly.

But since it has been abandoned, you will not find any new features in a future release.

With Ajax Animator you can draw cartoons online. In a simple manner, with just a click and without any installation you can create your own animations.

The application uses the HTML code, enriched with Javascript and PHP. It’s also lightweight and can be visited from any browser, and is extremely simple to use.

There is free and is designed to run on Windows and Mac. In addition, there is a version for iPad users as well.

A quick look at Ajax Animator

The Ajax Animator design page can just be described… “cute”. It has a small menu, and a few, rather... invisible tools. 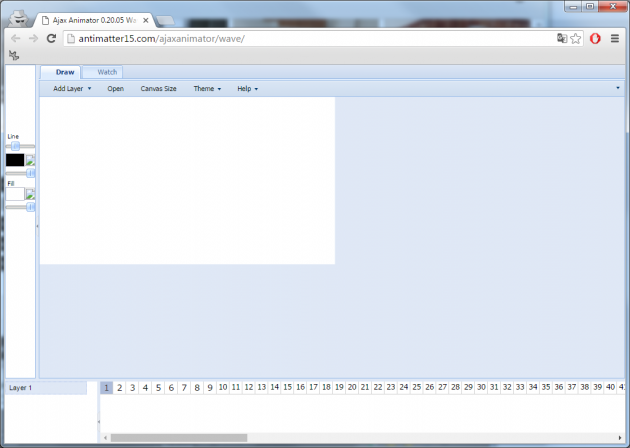 Probably, the creators of Ajax Animator haven't been involved with the program since 2008, when it was launched. Otherwise, they would have realized that the icons of the tools have links that no longer exist.

Generally, with some corrections to the code, it could be a valuable and competitive tool, based on frame-by-frame philosophy.

Which of the above tools do you think is the best? Let us know in the comments section below!


HI i whant to let you know Tupi 2D magic have evolve in to a much better software i want to give you an actualice version her its the link:
https://www.maefloresta.com/es/downloads/
< PREVIOUS ARTICLE
Battery Saving Techniques for Your Laptop
NEXT ARTICLE >
Quick workaround for "Couldn't load image. Tap to retry." Instagram error