With the latest Snapchat update, everyone notices that many new features were added, such as the face-swap feature. There are, however, many new additions that you might haven’t noticed yet, but they sure give this popular app an even more entertaining tone.

Fortunately for you, we’ll list all the new Snapchat “secrets” here, so that you don’t have to start looking for them in the app. So, here they are:

Whenever you type a specific address in the chat window, an option will be displayed that will allow you to view the location in Google Maps or Apple Maps. 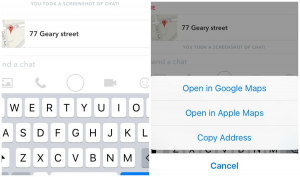 With more than a thousand stickers included in the app, picking the right one while chatting is time-consuming, to say the least. Or, it was up until now, since the app now includes a new search feature which will help you find the sticker you’re looking for.

All you have to do is type a keyword into the chat window, and then tap the sticker button. Then, all emojis which are related to the keyword you typed will be displayed first. 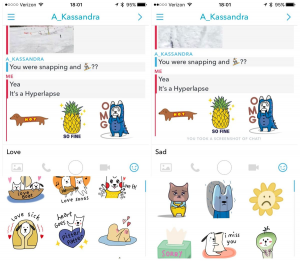 3. Open links from inside Snapchat

Now, apart from sharing links with your friends while chatting, but you can also open them without having to be redirected to another app. Snapchat includes its own, internal browser in which all links will open from now on. In order to return to the chat window after opening a link, simply tap the down arrow at the top of the page. 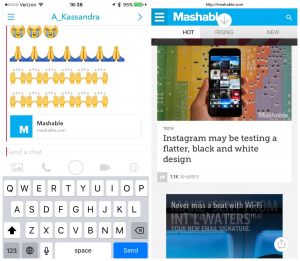 Sharing multiple photos at once is definitely easier than it was before this update. After sending the photos, they will be displayed together in a row, in contrast to what it used to happen in previous Snapchat versions. 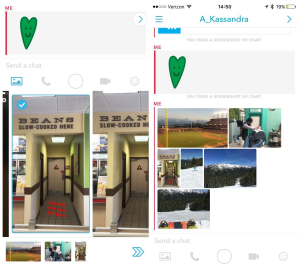 Until now, users had the ability to share live videos inside chats. With the new update, now users also have the ability to send videos that are already saved in their device. Sending videos is done the same way as sending photos, and users are also able to enrich them by adding doodles, text or even animated emojis.

In the new version, this button is replaced by an emoji that appears every time 2 users are viewing the same conversation at the same time. 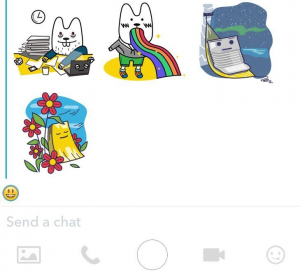 While chatting with your friends using the video call feature, you are given the ability to share stickers, photos and text with them. By tapping the corresponding button, the corresponding features will be displayed (semi-transparent) on the screen for a brief moment, and then fade out. After the video call is over, everything that was exchanged between you and the other party will be shown in the chat window. 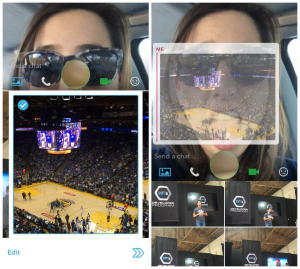 So, what do you think of the new Snapchat features? Let us know by posting in the comments section below!