SnapChat Data Leak - How to Protect Yourself in the Future

Image leaks and cloud hacks seem to become the new normal, and if September's major iCloud hack was a big deal in the tech world, October SnapChat leak seems to come as something natural and predictable.

Snapchat is a teenagers haven for exchanging instant messages and photos that get destructed after the recipient views them for the first time. It is not protected against screen capture, though, but since when teenagers put safety and privacy as their top priority? Snapchat has been hit by hack attacks before, and the company had been quite reluctant to act on them. This time,  however, the hack, and subsequent leak of over 200.000 selfies, is to blame on third-party apps used by Snapchat users themselves. Anyway, Snapchat company denies its relation to the hack.

The Guardian reports the technically naïve teenagers were 'lured' to use a third-party app SnapSaved or SnapSave to save their Snapchat images.

The site was taken down several months ago, but security specialists believe that it  was one of the third-party servers that has been hacked for images, which were apparently aggregated and stored with user consent. Question - why would anybody use a chat system where messages get automatically deleted to protect user privacy, and use a third-party tool to save their own shame at the same time? Answer - human nature has its own mysterious, if not silly, ways. 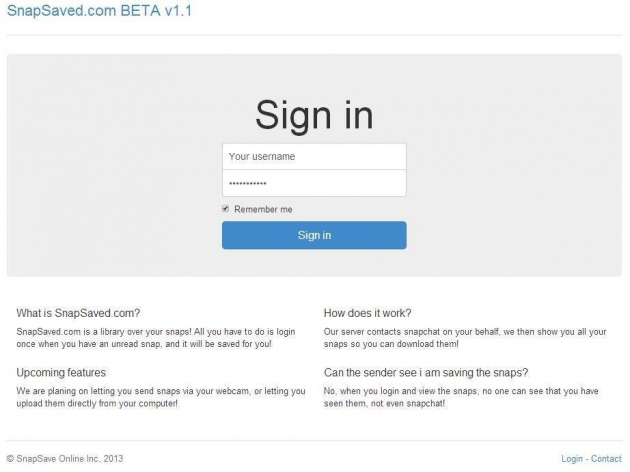 The worst part is the predominant majority of Snapchat's user base consists of teenagers aged 13 to 17, a group technically skilled to play games, but poorly educated on repercussions of recklessness with tech. As a result, hackers obtained gigabytes of material that will be gobbled up by sexual predators, perverts and convicted criminals. Whatever surveillance agencies are doing, they are doing it wrong directing their multibillion efforts at spying on citizens instead of spying on hackers and abusers.

If you are a concerned parent, or a Snappening victim, here are some tips that will help you protect yourself or your kids from snooping hackers:

Finally, Stay with D3k for more privacy and security tech tips to help you browse and communicate safely.


"why would anybody use a chat system where messages get automatically deleted to protect user privacy, and use a third-party tool to save their own shame at the same time?"

Well I guess they don't save their own pics/videos but the ones being sent to them.
< PREVIOUS ARTICLE
How to add a "Show Desktop" icon to the taskbar in Windows 10 (or 7, 8)
NEXT ARTICLE >
How to add an XP Mode Virtual Machine to Windows 10 (or 8) using Hyper-V