According to the Guardian, NSA, the US National Security Agency and GCHQ, the British communications spy agency intercepted and stored millions of webcam images used by Yahoo users.

Former NSA contractor, Edward Snowden continues to leak highly classified documents, and this time the British communications agency GCHQ joins American NSA in the spotlight. The new files reveal how the program called the Optic Nerve collects still images from webcam chats, irrespective of whether users are suspects or not.

According to the Guardian, during a 6-month period in 2008, GCHQ collected webcam imagery of at least 1.8 million Yahoo users worldwide. 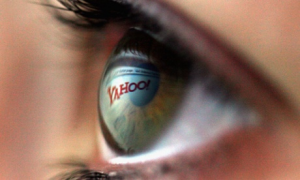 Yahoo expressed utter outrage at the revelation, “we were not aware of, nor would we condone this reported activity”, said Yahoo spokesperson in an email statement.

“This report, if true, represents a whole new level of violation of our users’ privacy that is completely unacceptable. We are committed to preserving our users’ trust and security and continue our effort to expand encryption across all of our services.”

In the meantime, the leaked documents reveal details about the surveillance program, over a period from 2008 to 2010, though the Guardian reports that further documents suggest the program was still active in 2012.

The collected data was allegedly used for experiments to create software for automated facial recognition, as well as to conduct surveillance on the existing GCHQ targets and discover new targets.

According to the revealed documents, the program saved one image in five minutes from users’ webcam feeds, to avoid violating human rights legislation and to cut down the gigantic volumes of data collected.

British analysts then were capable of searching through the metadata, accessing location and length of webcam chat sessions, as well as view the actual images with usernames that resembled those of surveillance targets.

The newspaper also added that the collected data available to both GCHQ and NSA analysts contained large volumes of sexual content. The Guardian cited one document: “it would appear that a surprising number of people use webcam conversations to show intimate parts of their body to the other person.”

The British agency GCHQ released a statement to the Guardian, where it said that all its work was “carried out in accordance with the strict legal and policy framework, which ensures that our activities are authorized, necessary and proportionate.”