It was only a few days ago that the first ever 128GB storage micro-SD card was announced, along with a hefty price tag of $200. However, the price has already dropped rather tremendously, taking a 40% cut down to just $120 on Amazon. Unfortunately, you need to put in an order and there's no guarantee when you're going to receive the item, and it may take a few weeks. Best Buy has these in stock right now, but not at the reduced price. 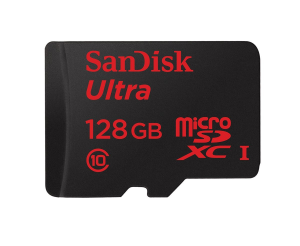 Even $200 isn't a bad price for one of these, considering it's the most storage you can find in a micro SD anywhere, and they become even more useful when you hook it up to your SSD with an adapter. Along with this card, is actually an entire new line of cards that range from 8GB - 128GB, with prices starting at $30 for the 8GB and up to $120/$200 (depending on where you buy) for the new 128GB. Each of these comes with the newest version of SanDisk Memory Zone, which has a new feature that will make transferring data from one micro SD to your new one very easy. 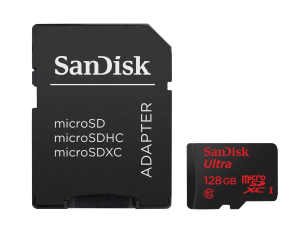 SanDisk is looking to compete with the growing cloud storage market, which is going to be a tough battle, but they're making good moves -- especially starting with this 128GB micro SD. Likely the biggest draw for these cards, is the fact that it will expand Android and other micro SD accepting platform devices to all new memory capacities.

We're not exactly sure why the price-drop occurred literally just two days after the product was announced, but there's no sense questioning a good thing -- at least when it comes to price drops. You can check out the Amazon listing here, and place your order to make sure you're aren't stuck waiting more than a couple of weeks.