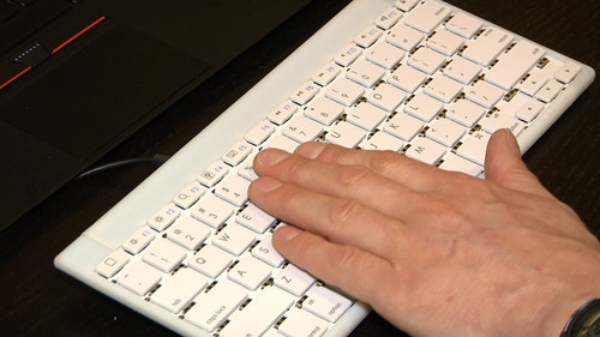 The research division at Microsoft has developed a prototype of a keyboard that can recognize hand gestures. This technology could transform the way we use desktops and laptops, making the keyboard typing experience more similar to using a touchscreen on a mobile device.

The Prototype's Introduction and Specs

The keyboard was presented at the Computer Human Interaction (CHI) conference in Toronto, and an explanation was given as to how the keyboard works and what it could mean for future technology.

The top of the keyboard is equipped with 64 sensors that detect hand movement as the user makes gestures hovering over the surface of the keyboard. The sensors are attached in pairs, with one sensor emitting infrared light and the other sensor interpreting the light being reflected back.

Specific about prices and release dates have not yet been discussed, as the product is still in the developmental phase.

This technology could transform the way we use desktops and laptops, making the keyboard typing experience more similar to using a touchscreen on a mobile device. Such keyboards could let you scroll up, down, left, or right just by swiping your hand in the direction you want to navigate.

The keyboards could also be trained to open specific apps or perform certain actions when preset gestures are performed. Advanced software could be used to add custom gesture patterns recorded by the user, and these gestures could even be used as unlock patterns for a user account within an operating system.

Eventually, gesture-enabled keyboards could be used instead of mouse movements in some applications - although Microsoft has explicitly stated that these keyboards are not being designed to replace the mouse. Furthermore, using keys like Ctrl, Alt, or Tab to initiate hotkeys may become a thing of the past, as hotkeys could be replaced by hand gestures as well.

Imagine being able to pinch and zoom using a keyboard the same way you would zoom into a photo or web page on your smartphone or tablet. Or how about swiping through the Windows 8 start screen using only your keyboard?

So why wouldn't it eventually replace the mouse then? The mouse or touchpad is intended for more fine-tuned navigation and input, whereas the hand gesture is better used to streamline app launching and other preset commands.

In other words, gesture-enabled keyboards could greatly reduce the amount of mousing you'll need to use to perform certain actions, but the mouse/touchpad itself will remain a useful peripheral for years to come.

When Will These Keyboards Be Available to Consumers?

Microsoft's research department has been working on this project for about 1 ½ years, and representatives have only stated that more gesture refining will be needed before a product could be released commercially. Although there have been no official mentions of when the first gesture-enabled keyboard will hit the market, it is fair to speculate that a commercial debut could easily occur within the next 5 years.


A nice step forward indeed but looking at the video it seems they have a long way to go before a finished product.


I wonder what took them so long? The keyboard as we know it was shaped in the 60s. It's about time they did something critically cool.
< PREVIOUS ARTICLE
Twitter Inc. Stock Declines, User Growth Remains Lackluster, But Ad Revenue Remains Strong Due to Better Ad Targeting
NEXT ARTICLE >
Amazon Launches Wearable Technology Web Store Department