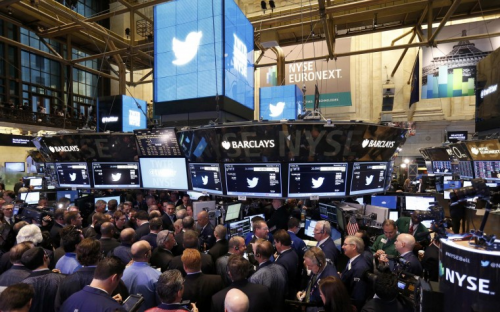 Twitter has reported slowed user base growth for the second consecutive quarter, leading many investors to lose faith in its stock and its ability to capture a mass following as a leading social network.

User Base Growth Rate and User Check In Frequency Declining

Perhaps even more worrying for Twitter and its investors is that reports indicate that the site's 255 million users appear to check into the service less frequently than they did just one year ago.

The first sign of trouble came in February when Twitter reported its slowest user base growth statistics in years. Shortly after this report, Twitter's CEO Dick Costolo issued a statement promising tweaks and improvements to Twitter's design.

In March, Costolo went on to tell Wall Street analysts that popular tweets from the Academy Awards attracted more than 3 billion tweet views and that the tweets themselves were mentioned numerous times in televisions and radio shows, thus illustrating that Twitter is still a relevant force in mainstream social networking.

The most shocking part about Twitter Inc's sudden peak and decline is that just 6 months ago there were investors claiming that this company could soon operate at the scale of Facebook Inc.

But these claims came for good reason – in December of 2013 the company held a $46 billion market capitalization with only $665 million in revenue.

The aforementioned stats and Twitter's rapidly expanding user base gave Twitter Inc. some of the world's most expensive stocks in the end of 2013, and now the same company is experiencing rapid drops in value as consecutive reports reveal poor growth and usage statistics..

Fortunately for Twitter Inc investors, the company is still doing well with revenue, with the most recently posted revenues at $250 million, primarily due to the fact that Twitter has apparently improved its ability to selectively display certain ads to users based on their preferences.

According to reports, the amount of revenue earned per thousand timeline views has more than doubled in the past year and is up to $1.44. Twitter's Ad department has been working diligently to improve the accuracy of its ad targeting programs.

All of the above data simply means that the site seems to be becoming a more efficient advertising platform, but that the cost of this commercialization could be a loss in user growth rates and a decrease in user check in frequency.

Still, Twitter Inc. remains a relatively pricey stock and Twitter itself doesn't appear to be going anywhere any time soon. With all of that said, the key issue to follow is whether shareholders will look to sell the majority of their 489 million shares (83% of the company) when the lockup expires in May; if so, that would mean big changes for the stock's value.