In competition with mobile version of Outlook just released and Gmail apps, the Mailbox app for Android and iOS stood alone. Until that is Dropbox stepped in, acquired the app for approximately $100 million and brought along the 13 employees to the cloud storage company as a standalone email app built to compete. 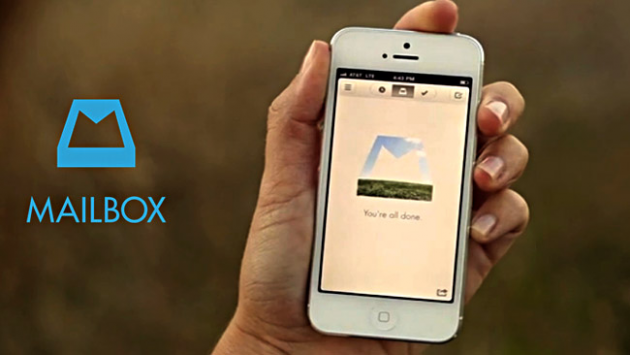 The sale made sense to the founder, Gentry Underwood, who saw it as a way to reach a much larger audience. At the time of the acquisition in March 2014 the app was merely a month old and hasn't even been released to the public app markets yet. Despite this it had an almost unbelievable 1.2 million reservations on the waiting list to gain access to the app.

The idea behind the app is that it is designed to remove the pain points around email. Email comes in. We need to process it. What is the fastest way to do that on a mobile device in between meetings or while waiting in a traffic jam and hooked into a cellular network? The app itself has been in development for two and a half years already. An interview with the Mailbox co-founder at Wired was illuminating. 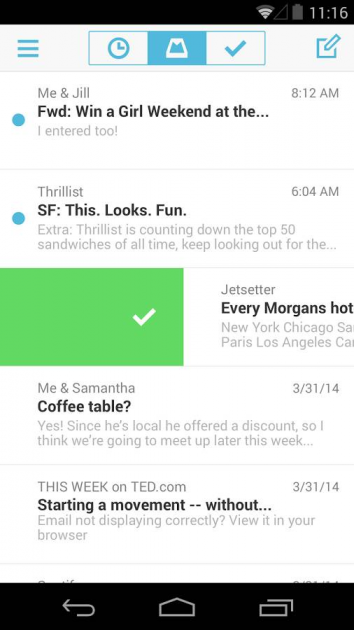 The app which is now available for the Mac desktop (but not Windows yet; under development), iPhone, iPad and now Android. It's main claim to fame is the swipe motion used to swiftly move through received email to get the inbox to zero. 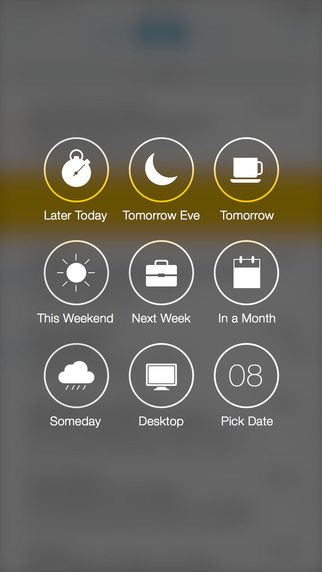 Swiping in a light left motion will snooze the email. This service bring up the option to remove the email to a Later folder and return it back to the inbox in a set period of time. There are many time options to choose between here including “Later Today,” “Today Eve” and more. The number of options for snoozing an email are far greater than offered in the just released Outlook app.

Research from Mailbox suggest that the system of swiping works because 40 percent of users already manage to get their inbox back to zero at least once a week. Probably a much better statistic than most users with their email inboxes.

A tutorial runs when you first install the app which explains, demonstrates and has the user emulate the swiping motions in order to get the hang of the activity within the app. What this reviewer could not find was a way to bring the tutorial back up on the screen to look it over a second time. Maybe the option is there but it wasn't easy to find if it was.

The app is being kept separate to the main Dropbox app because while the people behind the cloud service felt that there was synergy behind the effort with the email and their cloud services, keeping Mailbox as a separate app made more sense. This is a change in approach following previous acquisitions of Snapjoy and AudioGalaxy which shut down promptly afterwards with their features being added to the Dropbox app later.

This reviewed first noticed Mailbox because he is a Dropbox user who was emailed an invitation to install Mailbox and in exchange would be given a 1TB upgraded storage. The message said that it would take a day or so to make the upgrade. Sadly, over a week later trying out the app and no such upgrade had happened to the Dropbox account with no explanation why not.