YouTube launched a featured to play videos automatically on its home tab, in the YouTube mobile apps. This featured appeared a while back for users with premium subscriptions, but now it is rolling out to regular users as well.

Once "Autoplay on home" is active on your YouTube mobile app, you'll see a pop-up like the one below, notifying you that "Your Home feed now autoplays without sound" and that you can turn this feature off in "Settings". 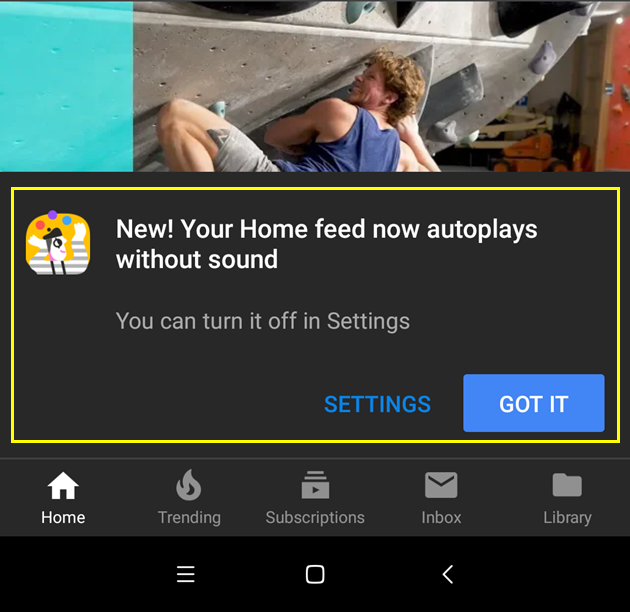 In this quick guide we'll talk more about what this "Autoplay on home" tab feature does and how to configure it, in Android & iOS YouTube apps: switch it on/off, or set it to Wi-Fi only.

With this feature activated on YouTube for iOS or Android, videos on the home tab will start playing automatically, without sound, when you scroll over them, not at a larger scale, but at the same size they were displayed in the list as thumbnails.

Captions are displayed as well. Those captions can be provided by the author of the video, uploaded by a channel fan and approved by the video owner, or auto generated (which we noticed can provide mixt results, to be fair).

This "Autoplay on home" feature is active in the "Home" tab only, and not in the "Trending" or "Subscriptions" tabs. 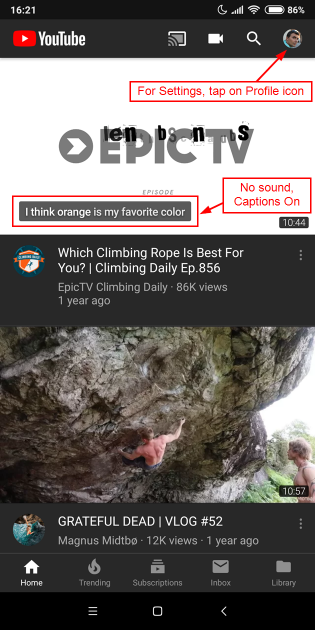 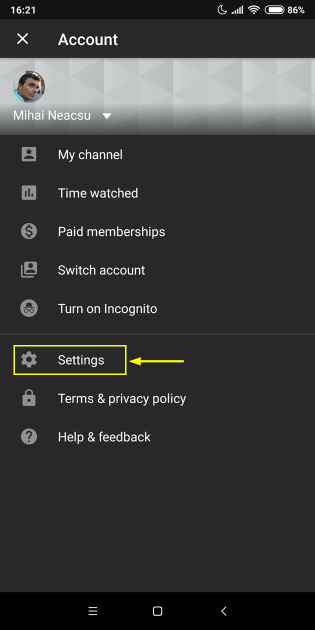 3. Under General, tap on Autoplay. 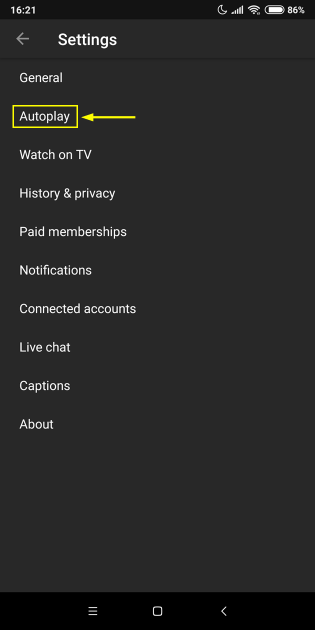 4. Tap on Autoplay on Home. 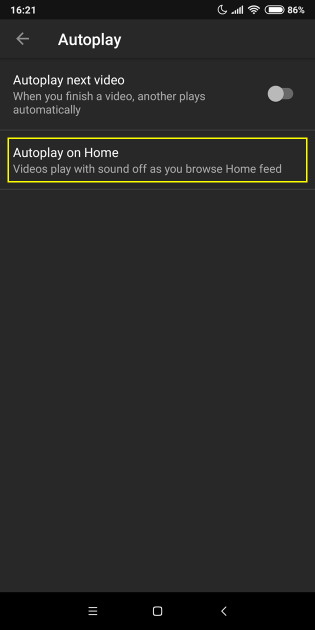 (Side note: Do not confuse the "Autoplay on Home" feature with "Autoplay next video", which controls whether or not the next videos will play automatically. We covered disabling this feature on the desktop version of YouTube, in a separate tutorial. For the YouTube mobile users, turning off autoplay for the next video is similar: find the "Autoplay" toggle and tap for On/Off - this toggle is below the active video, just above the list with videos to be played next, while the phone is in portrait mode.) 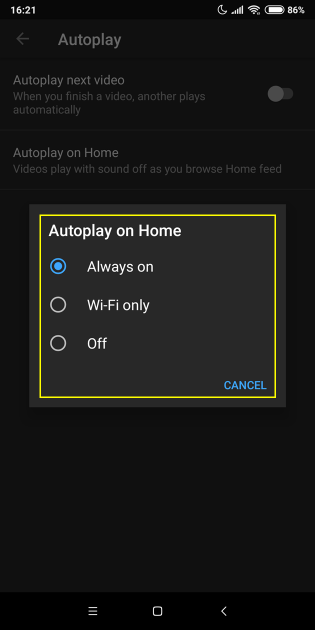 Tap on the option that suits you best.

Always on means that videos will play automatically, whether you are connected to a wireless network or using your mobile data plan.

Wi-Fi only is the sensible option if you wish to save on mobile data, as this autoplay feature eats up bandwidth. Do note that a video playing in the Home tab will consume a lot less bandwidth than the same video playing as usual, with sound on and everything.

Off will disable the feature entirely and videos on your Home tab won't play automatically at all - only their thumbnails will be displayed.

Most likely, this feature is here to stay and while it will please some users, others will be distracted by it. That's why, adding the configuration options to turn it off, or to Wi-Fi only, seems like the right approach from Google.

What do you think?

#how tos #google #android #autoplay #feature #home #ios #youtube
Comments (0)
< PREVIOUS ARTICLE
A List with Good Software Deals for Cyber Monday 2018
NEXT ARTICLE >
Skype won't sign in automatically in Windows 10. How to manually reset its settings to fix this issue.