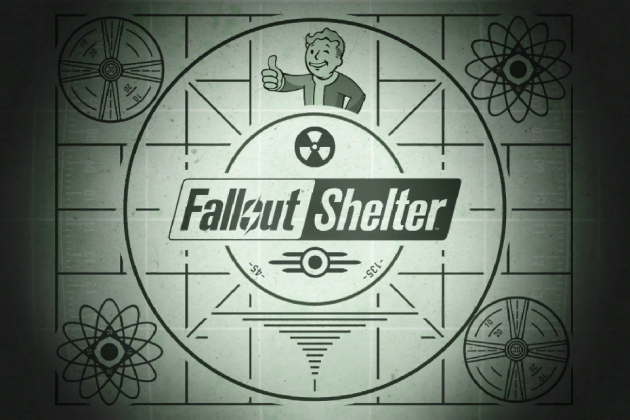 One for the biggest surprises of E3 was undeniably the announcement of Fallout of on November, 2015 and the immediate iOS release of Fallout Shelter right after the show for old fans and new who just can’t get enough Fallout material and can’t wait until November to get their hands on Fallout 4.

Everyone, including myself was shocked when the news came up because no one has heard anything about it before and when I checked the app store it was already available for download! I can’t stress enough how excited I was to be able to experience a Fallout game on my phone and I’m sure many of you will feel the same way, especially if you love Fallout. So, let’s take a look at this unique game, shall we? 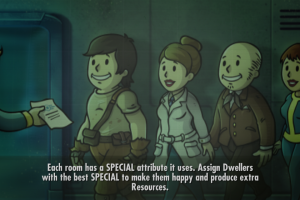 For those unfamiliar with the Fallout games, allow me to explain the premise which made the games such a huge hit. The Fallout series take place in the distant (or maybe not so distant) future when Earth has been shaken by a nuclear bombing which resulted to the Armageddon. The Earth is now a pile of dust and the surviving humans have gathered and tried to organize themselves in vaults that expanded in various areas. Your role is that of an Overseer, that is the leader of a vault and your duty is to maintain, expand your vault and make sure the people living in it (dwellers) survive and are happy doing a job fitted for them.

In Fallout Shelter you have to build rooms that will supply the dwellers with the necessary resources for their survival like water, food, and energy and rooms for them to live into because obviously you can’t have roaming around with no place to rest to. Your dwellers will become more and more as new ones will appear at your doorstep and others will be born inside your vault! It’s a functional society after all and these sort of relationships are to be expected, right? It’s still funny though…

Placing each dweller on the right job depends on their qualities that are given to you by the game’s SPECIAL stat system. The word SPECIAL stands for Strength, Perception, Endurance, Charisma, Intelligence, Agility, Luck that each dweller has and depending on these you can place them in the best position. For instance, the higher the perception of a dweller, the better he is suited for working on the water purification room and the faster you’ll have your clean water supplies. Then, dwellers that have higher strength are better for working at the power plant. Also, a dweller who is working on the right job will level up faster and will be happier. 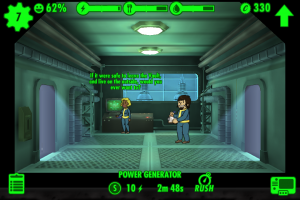 Now, let’s take a closer look to the rooms themselves and their purposes. Each room requires dwellers to be assigned in them simply by drag-and-dropping them in the room you choose. Not all rooms are available for building at first, but by levelling up and completing tasks more will soon be available for unlocking, such as the Radio Studio that attracts dweller to your vault, MEDBAY that produces Stimpacks or Science Lab that produces RadAways, both of which are necessary for healing dwellers in case of injuries.

Of course there are also Living Quarters where you can breed new dwellers and by that I mean, pregnancies. Yes, if you place a male and a female dwellers in there then they will start flirting, getting closer to each other and soon you will be blessed with a pregnant dweller. Before giving birth, the women can perform most of their tasks so you won’t have to worry about slowing down production. By the time a child is born, you have a new member to work on your vault.

Room can be upgraded to work faster and with better results, but there is also a function that allows you to “rush” the production but the more you use it the higher the risk of malfunction is, and as a result the room will be in danger either by fire or other enemies and dwellers have to put everything under control and lose health points in the process. So use it wisely, and always make sure your dwellers are happy.

Failure caused by rushing production is not the only thing to worry about though. Sometimes Raider will attack your vault and force your dwellers to fight back to avoid being killed. To do that you need to have dwellers armed and ready to defend the vault. All you have to do is place them where Raiders appear and the armed dwellers will fight automatically. The only annoying aspect of battles is that if Raiders leave a room, armed dwellers won’t follow them by themselves and you have to drag-and-drop them again and again as much as necessary to take out all enemies. 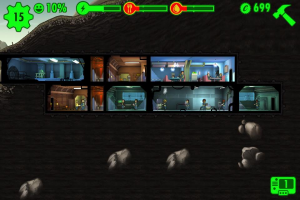 Dwellers can be also assigned outside for expeditions in order to find items and explore the surroundings. Make sure you give these dwellers weapons before sending them out because dangers are luring in very corner, and one more thing…please don’t forget about them! The first time I sent someone on an expedition I completely forgot about him after a while (I honestly thought he’d come bac by himself…little did I know) and when I checked my dwellers list that has all the info regarding each one of them, I realised he died…and not only that but there was a whole log with messages of his notifying about the items he found and the attacks he received. I felt really bad…so don’t forget about them and check frequently their log! When they find something of value call them back. The good news is you can revive a dead dweller with a small cost from the game’s currency, so yay!

Speaking of currency, the only currency FS has is bottlecaps and you can buy anything with it, from weapons and outfits, to rooms and upgrades and many more. Collecting bottlecaps is fairly easy too as every time a production ends you gain bottlecaps or by levelling up dwellers and completing rushes successfully. 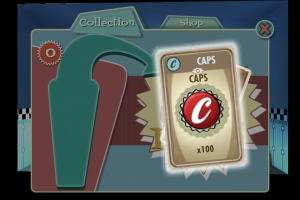 While spending money is not required to enjoy the game to its fullest, you can buy some items through the shop by purchasing “Lunch Boxes” that include cards with weapons, armor and other items. Lunch boxes can also be earned in-game by completing tasks and I already earned quite a few of them so as I stated above, you don’t need to buy anything unless you want to.

The graphics and designs of FS make many other game apps look pale in comparison. Of course we couldn’t expect less from Bethesda. The animations a slick and the backgrounds and rooms look gorgeous. The character designs are cute and funny and the colors are so bright and crystal-clear that make you wanna reach and grab what you see.

The music is equally pleasant and fit for a game such as Fallout Shelter. Rooms have their own sound effects and the vault as a whole is not very “quiet”.

Fallout Shelter is a great surprise and I can only be grateful to Bethesda for creating something so detailed and beautiful, plus offered it to all of us for free. I suggest you give it a try whether you’re a fan of the Fallout games or not. Chances are you will love it and stick with it for a long time.

Android version will come out in a few months according to developers.