Fight Stick For The King of Fighters XIV Announced

As it was announced by the Japanese company Hori, the launch of The King of Fighters XIV on August 25, will be accompanied by a Fight Stick for the PlayStation 4.

According to the technical characteristics, the keys are 1,4 mm thinner than the normal ones, reducing the press motion by 0,3 mm. Furthermore, the controller will have a touch pad on back, programmable actions, L1, L2 and auto fire buttons with frequencies 5, 12 and 20 times per second. Features such as lightbar, sixaxis support, vibration, motion sensors, speakers or headphone jack will not exist. 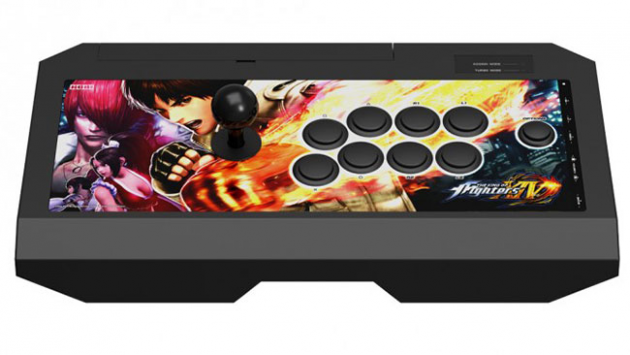 The controller will be sold in Japan for 18,144 yen, and nothing has been announced regarding its appearance on the western market.