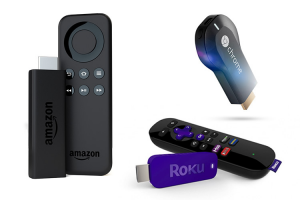 With Amazon releasing its Fire TV Stick last week, presenting it as a cheaper, more compact alternative to its Fire TV set-top box released earlier this year, and Roku working on screen mirroring features that could further establish its longstanding dominance in the burgeoning industry, competition within the streaming TV device sector is heating up in this fourth quarter of 2014.

Since the Fire TV Stick and Chromecast are priced within $5 of each other, we felt it appropriate to conduct a standalone Fire TV Stick vs. Chromecast comparison. However, in the following comparison we'll be including the more expensive Roku Streaming Stick ($49.99) and the cheaper upcoming Mozilla Matchstick ($25) as well.

With consumers having different media preferences and budgets, there is no straightforward winner, but to help you determine which one is best for you, we'll grade each device based on the following 7 attributes:

Perhaps the most important feature for a streaming TV device to have, is access to a large library of content and streaming media channels.

It appears you still do “get what you pay for,” even in today's high-tech world. The Roku Streaming Stick is known for having the most diverse and extensive media library, with over 1000 channels and services from which to stream on-demand shows and movies 24/7. To learn more about Roku's content selection, see the full Roku channel list.

As far as Mozilla Matchstick goes, the device is currently in the development phase with pre-orders being offered on Kickstarter in exchange for donations. However, we do know that the Matchstick will be able to support media sharing within the local network and Ad Hoc device-to-device sharing.

There is one unique benefit that Chromecast has in regard to content compatibility – it is the only device that can stream content directly from the Chrome browser on your laptop, tablet, or smartphone to your television in real-time.

Still, Roku is known for making responsive devices with the decent loading times, so it remains to be seen how whether the new Fire TV Stick will prove to be faster and easier to use when it comes to streaming media. The Roku Streaming Stick on the other hand only has 256 megabytes of RAM. It seems the Amazon Fire TV Stick needs more RAM and a better processor to account for its emphasis on gaming and apps.

This is where the Mozilla Matchstick really becomes worthy of mention. At an expected retail price of only $25, it will cost a full $10 less than the Chromecast, and almost $25 less than Roku. Perhaps even more exciting is the fact that you can pre-order the device for only $12 on the Mozilla Matchstick Kickstarter page. The campaign has far exceeded its goals, receiving more than $470,000 in donations from more than 17,000 backers after only trying to meet a goal of $100,000. The company has currently sold more than 24,000 pre-orders for the Matchstick. The Roku Streaming Stick is the most expensive of the bunch at $49.99.

Surprisingly, Chromecast doesn't come with, and is currently not compatible with, any remote controls. On the other hand, both the Roku Streaming Stick and Amazon Fire TV Stick have remote controls. However, to get the Fire TV remote you'll have to pay an extra $30. Also, Roku remote has one feature above Amazon's remote – 4 quick launch buttons, one of which actually launches Amazon's streaming content services, while the other three conventionally launch Netflix, Blockbuster ON Demand, and M-Go.

Speaking of controllers, both the Roku Streaming Stick and the Amazon Fire TV Stick have game controllers. The Amazon Fire TV Stick includes over 200 games built-in, making it the most game-friendly streaming TV device. Meanwhile, according to Wikipedia, there are currently only 7 games available on Roku. However, the Roku remote does include Wii-like motion sensor capabilities, so there is an extra dynamic there as well.

Chromecast comes with about 30 games, but there are no compatible game controllers. Once again Mozilla Matchstick will sit this round out because it remains to seen how many accessories will be be built for the open-source platform in the coming months.

This part of the list is really a close call, and we can't really announce a winner because it's actually up to preference and opinion. Still, we can say for sure that the Roku Streaming Stick and the Amazon Fire TV Stick provide the most robust interfaces. The Chromecast interface is very simplistic, just like the browser it's named after - it provides easy access to content sources while also letting you cast Chrome from any of your devices onto your TV.

The Mozilla Matchstick interface is still largely in the process of being developed in an ongoing open-source project that could possibly lead to the development of some interesting Firefox-like apps on a streaming TV device.

Check out the screenshots below to get a better idea of what each device's interface looks like. 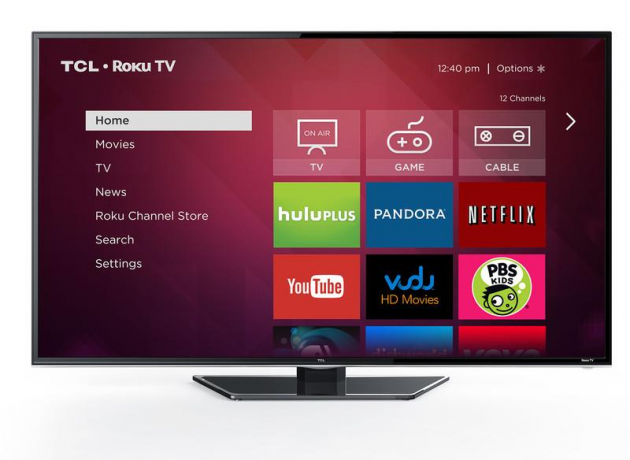 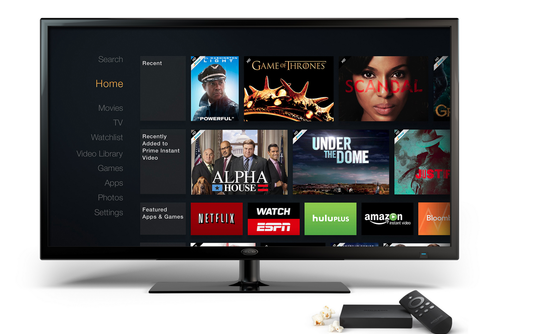 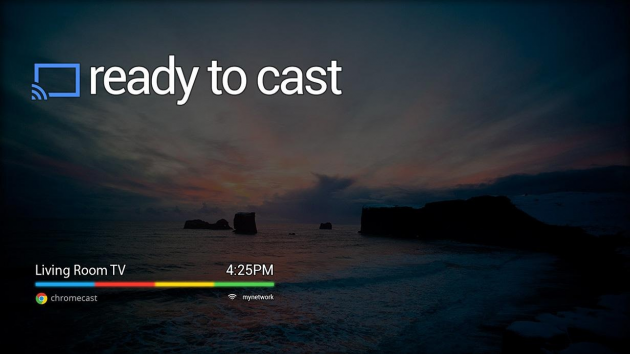 Roku currently has screen mirroring features in beta versions available for Android, Windows 8.1, and Windows Phone, so that could become even better than just being able to mirror Chrome to your TV – then you could use Roku to wirelessly mirror literally anything (including Chrome) from the screen of most laptops, tablets, PCs, and smartphones directly to your television.

If and when Roku's screen mirroring features are fully implemented, it could become the most device-friendly streaming TV option on the market. In the meantime, because of the sheer number of computers and devices that are compatible with the Chrome browser, Chromecast seems to be the most device-compatible option.

Overall, we would say that the Amazon Fire TV Stick excels in many of the areas that we would call important, with some exceptions. Particularly, the amount of content you can quickly access. If you're looking for the most channels and the most content to watch, then go with Roku. If you want an excellent selection of media and streaming capabilities along with built-in games, then go with the Fire TV Stick.

In most aspects this comparison was between Roku and Amazon; Google's product stands in its own niche as the streaming TV device that can broadcast the Chrome browser's interface, and any media within, from any device directly to your television.

Mozilla's upcoming Matchstick device is expected to be the Firefox version of Chromecast with an open-source twist, and when that product is released, it may be better to conduct a separate comparison between Google's Chromecast and Mozilla's slightly more affordable Matchstick.