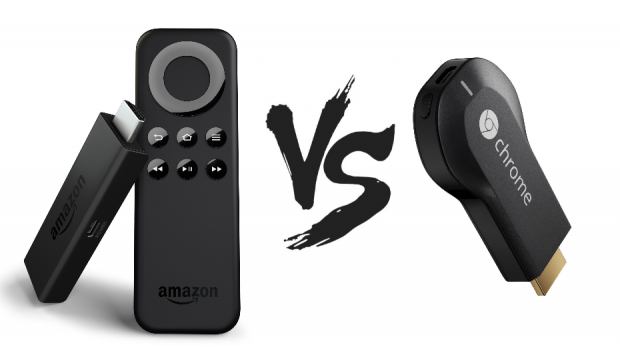 Last Monday Amazon revealed an affordable streaming TV device that could challenge similarly priced competitors like Google's $35 Chromecast. Retailing at $39, the Fire TV Stick plugs into the HDMI port on your TV and can directly stream media from another device, or from a large selection of streaming apps, services, and online media hubs like Netflix, HuluPlus, Crackle, Pandora, and many others.

Amazon's new Fire TV stick is a bit bigger than the average person's thumb. For $30 extra it can come with a stylish, yet minimalistic remote control. Amazon Prime subscription members were able to purchase the new device by itself at the discounted launch price of $19 until the 29th of October.

Like Google's Chromecast, the Fire TV stick provides a cheaper alternative to box top sets and makes it easy to access streaming online content from the comfort and convenience of your television. Best of all, you don't need a Smart TV to do any of this – both devices plug into the HDMI port and you're good to go.

Still, despite their similarities, Amazon's product seems to be getting a much warmer welcome than Chromecast initially received, reaching the very top of the Amazon Bestsellers list on the same day it was released (partially due to a slew of launch discounts).

Amazon has boasted that the Fire TV Stick has twice as much memory as the Chromecast and 50% more processing power. These technical advantages are expected to give the Fire TV Stick faster loading times and speedier navigation than Chromecast, so those will be factors for consumers to consider when comparing the two devices.

PCPro recently did a piece on 5 ways the Fire TV Stick beats Google's Chromecast, so that might be a good place to start your comparison. To summarize their findings, here are the main advantages that can be presented in favor of Amazon's Fire TV Stick:

Any Other Notable Competitors?

Another competitor that is sometimes overlooked in this department is the Roku Streaming Stick at $49.99, which is obviously a bit more expensive than the Fire TV Stick and Chromecast. Then there's the less commonly mentioned Mozilla Matchstick at $25, which was just announced last month. To help you decide whether Roku's Streaming Stick is really worth the extra money, we've created a four-way comparison of the top streaming TV devices – Roku Streaming Stick, Amazon's Fire TV Stick, Google's Chromecast, and Mozilla Matchstick.