Home
Articles
iPhone 6 Has People Pulling out Their Hair, Literally â€“ Is Hairgate the New Bendgate? Not So Fast

iPhone 6 Has People Pulling out Their Hair, Literally â€“ Is Hairgate the New Bendgate? Not So Fast 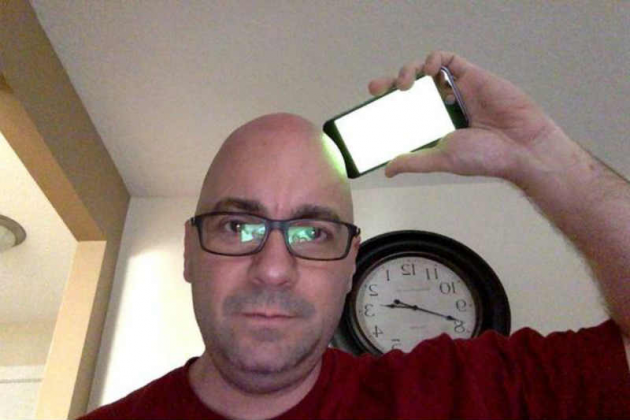 Pictured above: Man reluctantly holds iPhone 6 to his head to save an entangled hair follicle.

Just when it seems the negative buzz surrounding the iPhone 6 Plus and it's massively overblown bending problem has somewhat dissipated, it seems we have another iPhone 6 scandal on our hands, and this time it's going by the name “hairgate.”

Apparently, the iPhone 6 has a tendency to latch onto people's hair when they're making phone calls, causing them to tug on it and even pull some strands out upon pulling the phone away from the side of their head.

We know, it sounds like a joke. Who would take this complaint seriously, right? Well, this isn't just a case of a few people making the mistake of wrapping their hair around the iPhone's handset and then complaining about it on Twitter (although that is of course how #hairgate got started and is being propagated).

This is more than that. The phone itself allegedly has a feature that makes it conducive to hair pulling – evidently there is a small space between the aluminum and the glass that provides the perfect opening for a few strands of hair to get caught in.

The problem was first brought to light by a community author on 9to5 Mac, who posted on Friday that they were “irritated” because the “iPhone 6 Plus keeps yanking hair out.” The user then posted two Tweets below her complaint to illustrate that other people have in fact encountered this problem as well. It turns out, at least one Twitter user had already been discussing the issue under the hashtag #seamgate before the beginning of October.

Sure, taking the risk of getting your hair pulled every time you talk on the phone must be ridiculously frustrating, but for all the men out there with beards, imagine having your facial hair caught and pulled by the handset every other time you try to hang up a call. That's exactly what Chad Coleman (@dominocollege) says keeps happening to him, in a Tweet that he creatively hashtagged “#beardgate.”

Could This Be Worse Than Bendgate?

In our opinion, yes this could be a worse flaw than the bending issue, and here's why:

When a phone is prone to bending in a specific area, there are measures you can take to ensure that you don't bend the phone (i.e. - buy a case and/or exercise caution when carrying it in your pocket). Furthermore, only a small percentage of the iPhone 6 Plus units actually wound up bending, with Apple reporting that it was a relatively rare occurrence.

On the other hand, every iPhone 6 out there has this tiny seam between the glass and the aluminum, which means that every iPhone 6 is inherently prone to snagging strands of hair. What is the solution for that? Do you tape up the seam and make your phone look like a bootleg repair job, or do you cut your hair and/or facial hair so that it doesn't get caught. Or will you have to wear your hair back to use your iPhone, or hold the phone a couple inches away from your face so that it doesn't make contact with your facial hair?

Our point is, all iPhone 6's have this design feature, and the only way for it not to annoy the user is for them to adjust the way they hold and use their phone and/or how they wear and style their hair. That's a bit worse than the rare phone warping here and there – at first glance it seems like every iPhone 6 owner with sideburns has a significant problem on their hands.

Did You Fall For It?

Well, according to Forbes, the entire #hairgate scandal is nothing more than hyperbole, even to the point of being borderline hoax material. Wait, what?

That's right, Forbes editor Gordon Kelly (and a number of other iPhone 6 users) have come forth stating that there is no such seam or gap on the phone - at least not one big enough to grab even a single follicle of human hair. It appears not only has hairgate been overhyped, it looks to be completely fabricated altogether.

Kelly also points out that there have been many, many mobile devices with seams, cracks, gaps, wedges, and nooks and crannies of all sorts have been released to the public in the past decade, without so much as a complaint, In the past, if your hair got caught in a flip phone and you yanked some of it out, that was your problem, not the fault of the phone's manufacturer.