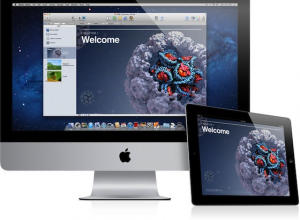 According to a recent report from Re/code, this Thursday Apple will be holding another event on the 16th. However, this event won't be nearly as grand as the September 9th event that unveiled the iPhone 6 last month. The Dailydot previously reported that the upcoming event would happen on the 21st, so it comes as a slight surprise that it will actually be taking place almost a week earlier than expected.

The main focus at Friday's event will be the introduction of the latest round of updates to the iPad series. In addition, we expect to learn more about the new iMac that has been circulating in rumors recently, as well as details about updates to OS X Yosemite.

Less Publicity for the iPad

Although the event is expected to be much smaller than the September event, it should still bring some interesting information to the table, especially regarding the specs of the upcoming iPads. In fact, the iPad being the main focus of this event could be the reason why it is receiving such little hype in comparison to the iPhone launch event.

The iPad used to dominate sales in the tablet market, but recent reports show that iPad revenue has fallen 8% from last year, a decrease that can also be measured by a fewer number of units being sold. Back in July we did a piece on the declining sales and popularity of the iPad to explain why we think the iPad's sales have been tapering off lately.

With that said, some details about the new iPad Air 2 have surfaced online ahead of the Oct. 16th event, so we have a slight idea of what will be revealed later this week.

Most experts theorize that the exact resolution will be in line with one of resolutions referenced in the OX S Yosemite code, which appears to give us a few hints about what to expect from the iMac Retina display. Still there are also rumors that Apple is working on a 27-inch Retina iMac with a 5K resolution display, so we'll be watching for that as well.

Not much has been said regarding what will be revealed about OS X Yosemite, but we expect it will have something to do with the way the operating system will interact with the new line of iMacs.

No matter how big the new is at Thursday's event, we can be assured that it won't have all the same bells and whistles as last month's event, so don't go expecting another one-song concert from U2. The event will take place in Apple's Town Hall Auditorium in Cupertino.

#news #ios #apple #ipad
Comments (0)
< PREVIOUS ARTICLE
Path Talk Provides an Easy Way to Text Businesses Instead of Calling Them
NEXT ARTICLE >
iPhone 6 Has People Pulling out Their Hair, Literally â€“ Is Hairgate the New Bendgate? Not So Fast