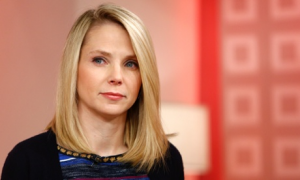 In the wake of Snowden revelations, Yahoo aims to make data encryption the default for all Yahoo traffic.

Yahoo announces major overhaul in its security systems – the company introduces encryption of all user data after Edward Snowden’s revelations about the government surveillance on private citizens hit the major tech companies with the outrage of average users and loss of user trust.

Alex Stamos, a recently appointed chief information security officer at Yahoo, said on Wednesday his aim is to ensure “all traffic through Yahoo is encrypted by default.”

These are the following details on the moves Yahoo is implementing:

Stamos is well-known for its security research, and at some point he was a renown critic of the National Security Agency mass surveillance program, but now he joined Yahoo. The company is desperately scrambling the remains of its reputation to win back its users in Europe and the United States.

Stamos says the following encryption mode will make it a lot more difficult for governmental and non-governmental spy agencies to collect wholesale information from the public.

“The goal is all traffic to and from Yahoo users is going to be encrypted all the time by default, and invisibly. This is not going to be something you have to think about all the time. Preventing surveillance of millions of people at a time is totally within our abilities,” he said. “Anything we can do to protect users against widespread non-targeted surveillance is our duty. The reason I took this job is because Marissa Mayer is very into the trust and safety of users.”

Yahoo has been engaging its numerous partners to ensure the spreading of encryption as much as possible, pushing media outlets and advertisers to make encryption a default. Allegedly, Yahoo has not reported to government representatives about these changes. A fierce backlash that hit the major tech companies including Google, Microsoft, Facebook and Yahoo over the gigantic extent of these companies’ involvement with the NSA prompted Yahoo’s chief executive, Marissa Mayer, to get “intimately involved” in encryption project.

We have yet to see how efficient this feature will be against surveillance, provided the users trust Yahoo once again and suppose the company did not share the encryption keys with the NSA and the likes of them.

Would you trust Yahoo again? Let us know your opinion in the comments below, stay safe online and thank you for reading!


They are requesting password now each time you click on the new mail icon ... so you need to type in your password a few times a day at least so if you end up with a virus or something that does a key log they will steal your password in no-time before you even realize you got virused. How hard to can it be to do that once a week or something. Good thinking yahoo !!!
< PREVIOUS ARTICLE
Google Report: 80% of News Outlets Targeted by Governmental Spy Agencies
NEXT ARTICLE >
Top Web-Based RSS Readers