Home
Articles
What Comes After Windows 10: Will There Be a Windows 11? Is This The Last Version of Windows?

What Comes After Windows 10: Will There Be a Windows 11? Is This The Last Version of Windows? 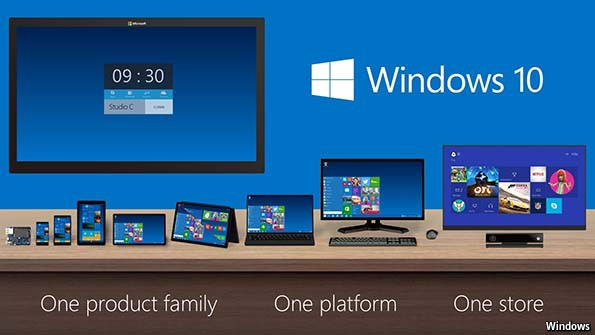 Now that the Windows 10 Technical Preview (pre-release/beta version) has been out for a couple of months, and Microsoft is set to unveil the Consumer Preview this month, many techies are curious about the rumor that this could be the final release of Windows. We're sure that doesn't mean the end of Windows altogether, in fact Microsoft tells us this is "The Next Chapter," so what exactly does this mean for Windows and its users?

First, all updates and releases after Windows 10 are expected to be made available as free updates, similar to the Android operating system. Users will receive monthly updates to Windows 10 free of charge, and the title of the operating itself will most likely not change during the next 5 years. What Microsoft has planned after that is anyone's guess, but it is unlikely that we'll ever see a Windows 9, for a number of reasons.

According to reports, Windows 10 will probably be the name of the operating system for significantly longer than the the typical three-year cycle from say Windows 7 to Windows 8 for example. That means in 2020 we could still be calling it Windows 10, and after a while it may just be referred to as simply Windows, with each monthly build update having its own name or version number, and the company may adapt nicknames or monikers for the larger updates, similar to how Android has used dessert/candy-themed names for each release (e.g. - Ice Cream Sandwich, Lollipop, and KitKat).

It seems that Microsoft already started to implement this naming technique in Windows 8.1, which was given the moniker “Windows Blue.” Unfortunately, according to general consensus amongst techies, the appearance and functionality of Windows 8.1 didn't provide enough of a change to justify the OS being named after a color, other than the fact that the default home screen and color theme was predominantly blue.

Windows 10 to Fix the Shortcomings of Windows 8 and 8.1

Some pundits suggest that Windows 10 is not exactly a major enhancement as much as it is a correction of the changes that many consumers disagreed with in Windows 8 and Windows 8.1, which seemed to represent a failed attempt at unifying mobile devices and desktops. Some people refused to update from Windows 7 or Vista simply because many technically-inclined users like the freedom that the the old desktop interface provides.

Windows 10 seems to embrace the fact that people want a desktop experience on a desktop, and a mobile experience on a mobile device, so they've introduced Continuum and several other features that allow the OS to detect when it is being used on a touch-enabled device or a desktop, and then automatically boots into the more commonly preferred desktop mode or vice versa, depending on the device.

Why are we mentioning this particular feature set? Since Windows 10 will be able to adapt to each device in order to provide an optimal, customizable, frequently updated experience for the user, there won't be a need for Microsoft to do anything more than improve upon the coming release and ensure continual compatibility amongst all devices, which means Windows 10 could be here for a while.

Microsoft realizes that consumers are getting tired of paying for releases every three years, and with Moore's Law suggesting that we could be approaching a peak in technological advancement within the next decade, it seems that releasing a powerful once-and-for-all version of Windows and continually updating it for free is the best way to give users an optimal experience while also encouraging them to keep the latest, most secure version of the operating system.

Case in point, is one of the reasons why this version of Windows is so monumental is because it marks the beginning of a development phase in which Microsoft appears to be fine-tuning the OS to run seamlessly across all devices, with significant measures being taken to secure the operating system and finally solve most problems encountered in current versions of Windows.

Overall, it is almost as if the appointment of Microsoft's new CEO Satya Nadella and the development of Windows 10 has brought Windows from a presidency-like release cycle (in which a new release was made available to consumers every three years or so), to a more dictatorship-like ongoing release cycle, in which the operating system version itself will not change, but it will be regularly updated and maintained so that it gradually develops into a new operating system over the years without ever leaving the umbrella of the Windows 10 regime.

Fortunately, despite its analogical similarity to an ongoing name dictatorship, Windows 10 seems to be taking a fairly diplomatic and user-driven development approach, having utilized the input of nearly half a million highly-active users of the Windows 10 Technical Preview in order to fine-tune the OS and correct more than 1,300 reported bugs over the span of a couple months, according to Microsoft's latest Windows Insider Program update in December.