Home
Articles
Will There Be a Windows 9? - Why Microsoft Skipped to Windows 10 Instead

Will There Be a Windows 9? - Why Microsoft Skipped to Windows 10 Instead 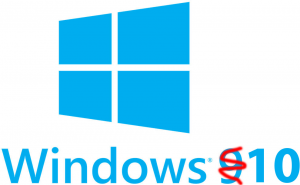 If you're a fan of Windows and you've been waiting on the much-anticipated Windows 9 to come along and fix all of the shortcoming in Windows8/8.1, you're probably confused as to why there is already a Windows 10 Technical Preview available for download. Is Microsoft going to skip Windows 9 altogether? If so, why? We have the answers to these questions and more in the paragraphs below:

First, we'll cut to the chase – the answer is yes, Microsoft will in fact be skipping Windows 9 in favor of Windows 10. We assume this means there will never be a Windows 9 released, which seems to make absolutely no sense numerically. Unfortunately, Microsoft has not yet released an official statement that provides an explanation for why they've made the decision to skip to Windows 10, but there are plenty of theories to choose from, so let's look at the top three:

1. Windows 10 Better Represents the Transition into a New Phase

With Microsoft announcing that new versions of Windows will be free from Windows 10 on, it appears that this particular release is the beginning of a major transition for the operating system. A statement from a Microsoft spokesperson told to Gizmodo further bolsters this viewpoint:

"Windows 10 carries Windows forward into a new way of doing things. It is not an incremental change, but a new Windows that will empower the next billion users."

2. There Have Been 10 Major Releases of Windows

Another obvious reason that Microsoft might have considered when choosing to skip Windows 9 is that there have been 10 major consumer releases of Windows. Technically, you could consider Windows 8.1 to be Windows 9, and it looks as though Microsoft foresaw the need to skip Windows 9 when they released 8.1 instead.

3. The Phrase “Windows 9” Will Confuse Some Software

Other than the connotations that the name gives and the number of previous Windows releases, the most logical explanation for the skip is that the title “Windows 9” will confuse many software applications that only read the first number of the operating system version. In other words, if such an app were to encounter the digital signature of Windows 9, the program might interpret that you're using an earlier version of Windows, based solely on the first number of the software version.

The idea that this is the reason why Microsoft skipped Windows 9 came straight from a post by a Microsoft developer on Reddit, which read:

“Microsoft dev here, the internal rumours are that early testing revealed just how many third party products that had code of the form

and that this was the pragmatic solution to avoid that.”

When a software encounters the above code within Windows it automatically assumes that the user is running either Windows 95 or Windows 98 (apparently two decades ago when this code came into use no one thought there would be a Windows 9).

Thus, it appears that the name skip was actually done based not on marketing ploys or preference, but on a two-decade code that could create a lot of software-related problems if the operating system was named Windows 9.

But how big of a problem could that really become? An independent developer by the name of Christer Kaitila has revealed a search string on searchcode.com that shows there are more than 4,000 Windows programs that use the problematic code mentioned above. With that said, it looks like Microsoft made the right decision.