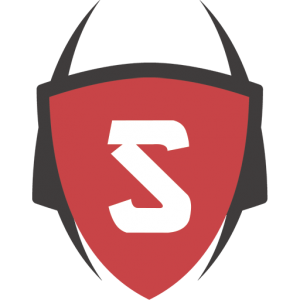 Mobile hacking and bogus Google apps are nothing new, which is why the default settings in the Android operating system prevent you from downloading apps that are not approved by the Google Play store. Unfortunately, there have been a few cases in which fake apps have made it into the Play Store and some have even claimed a large number of sales before being caught. Sadly, this week we saw one of the most prolific Android app scams to date when a developer known as “Deviant Solutions” released an app called “Virus Shield.”

Most of the time mobile hackers make money off of their exploits by using your device to click hidden ads in the background or by using your phone or tablet as a virtual currency mining bot, but this particular scam took an entirely new and subtle approach.

About a week ago the Virus Shield app made its way into the Google Play store promising prospective downloaders that it could safeguard against malware and scan settings, apps, media and files in real-time, all while using very little battery life and displaying no advertisements! It was a perfect pitch. So perfect in fact that the app shockingly reached the #1 spot on the 'paid apps' list in just one week, with more than 10,000 downloads and a perplexing 4.7 star rating, even with a relatively steep $3.99 price tag.

So How Did Virus Shield Make it Into the Google Play Store?

Usually when an app is submitted to the Google Play store it is automatically scanned for viruses and then reviewed to ensure its safety. The problem is, the Virus Shield app did not contain any malicious code, so there was no obvious indicator that something was wrong. The plot was so simple that it was genius – the app literally does... nothing. It is designed to look fancy and have a user-friendly interface, but other than that it doesn't even come close to doing anything useful, Still, it technically is not a “virus” because it doesn't bring harm to your device in any way.

How Did It Get Exposed?

Michael Crider with AndroidPolice.com finally conducted a thorough manual review of the Virus Shield app on April 6th in an attempt to confirm whether this utility could really do what it claimed. They decompiled the app to see what it could do and found out that it doesn't perform its job poorly, it actual doesn't perform a job at all! Once you “activate” the app it simply changes the 'X' icon to 'check' symbol and that's it!

What Was the Outcome Then?

Since being exposed the app has been pulled from the Play Store, but the crook who developed it has already made his money (about $50,000) and there is no word on whether he has been or ever will be apprehended. Then there's the fact that more than 10,000 people downloaded it onto their devices and many of them are still under the false impression that they're protected from viruses.