Home
Articles
Using Facebook App Wastes up to 15% of an iPhone's Battery, Up to 20% of an Android Phone's Battery â€“ Should You Uninstall and Use an Alternative?

Using Facebook App Wastes up to 15% of an iPhone's Battery, Up to 20% of an Android Phone's Battery â€“ Should You Uninstall and Use an Alternative? 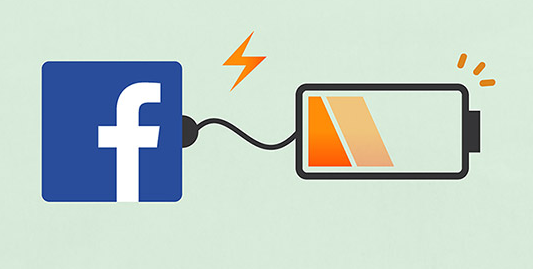 Facebook's iOS app is one of the most downloaded and used apps in existence, but many have criticized it for draining an excessive amount of battery life. In 2015, some skeptics accused Facebook of using “tricks" to force the app to remain active in the background at all times, even when not being used. Eventually, Facebook acknowledged that such resource-hogging bugs needed to be addressed, and supposedly took efforts to repair them. However, a more recent report is bringing into question whether Facebook's app is still a serious smartphone battery hog.

Apparently the Facebook app isn't just a massive battery hoarder on iOS, as it has been previously reported that deleting the app from an Android phone can boost the device's battery by up to 20%. The man sharing the most recent set of anecdotal evidence supporting claims of Facebook app battery abuse, Samuel Gibbs at The Guardian, said that after learning about the 20% battery drain issue on Android, he was curious to see if the Facebook app was doing the same to iPhone batteries.

Mr. Gibbs decided to run a semi-scientific two-week study on his own iPhone 6S Plus. For the first week, the Facebook app was used as usual, and he kept record of how often he accessed Facebook and performed social networking activities. In the second week, he uninstalled the app and used Safari to visit Facebook.com instead. During both weeks, he charged the phone every night for the same amount of time, unplugging it 7:30 AM every morning. At 10:30 PM every night, he recorded the phone's battery level. The finding of this micro-study revealed that, on average, Samuel had about 15% more battery life at the end of each day during the week he used Safari to access Facebook instead of the app.

Why Does Facebook's App Require so Many Resources?

In addition to consuming nearly a fifth of an iPhone's battery life on some days, Gibbs also noticed that he had been using about 500 MB of his phone storage, split between the app's 111 MB size and the extensive cache that it constantly produces. Other than a constantly crowded cache and the app's propensity to continually update users throughout the day, a reasonable explanation for the extensive battery usage is yet to be forthcoming. One would figure that the app would at least be as efficient as a web browser, being that it is specifically designed for the purpose of “Facebooking.”

Tips for Using Safari for Facebooking

Most users find visiting Facebook.com through Safari just as convenient as the app, as you can even create a homescreen shortcut directly to the site, which is, for all intents and purposes, just as accessible as an app icon. The only slight inconvenience without the app is that you can no longer use the phone's integrated share functions to share directly to the Facebook app; you have to visit the site and then use the “Post Photos” link on the mobile site, which isn't really that big of a deal. Be sure to set the browser to stay logged in and/or remember your Facebook password for access that is as speedy as the app.

Will Using Chrome in Android Work the Same Way?

In case you're wondering whether using Chrome to visit Facebook in Android would solve the problem, the answer is yes, without a doubt. The sad fact of the matter is, any way of accessing Facebook would be more efficient than using Facebook's app. Many users have also found that refreshing their Facebook page in Chrome is a faster and more reliable way to get an up-to-date view of their account, rather than waiting for delayed updates to come through the Facebook app.

#battery #ios #android #app #facebook #iphone #uninstall #answers
Comments (0)
< PREVIOUS ARTICLE
Game Review: Orbitâ€™s Odyssey is a space puzzler that is as epic as it's name!
NEXT ARTICLE >
How to Send Large Files Directly without Using the Cloud: Sunshine vs. Infinit vs. Send Anywhere vs. JustBeamIt