Home
Articles
Russia May Ban Gmail, Skype and Facebook if They Refuse to Store User Data within the Territory of RF

Russia May Ban Gmail, Skype and Facebook if They Refuse to Store User Data within the Territory of RF

Gmail, Skype, Facebook and Twitter, as well as any other Internet service provider that deals with electronic mail, instant messaging and social networking will have to store data about Russian users within the territory of the Russian Federation, according to the new anti-terrorism law passed by the Russian lawmakers this week.

Foreign companies have 6 months to change their data storing practices to comply with the new anti-terrorism law; in case they fail or refuse to comply, their services will be banned within the Russian Federation. Skype, Facebook, Gmail and many other Internet services are not within the Russian jurisdiction for the moment, and hence they do not comply with any laws that are active on the Russian soil. The new legislation aims to change that situation and regulate the activity of foreign service providers in Russia.

Even though the new law is regarded as a step towards the increase of state control over the use of Internet in Russia, according to the Yandex representative, there is a different side to the story our media find it convenient to be oblivious of. Let’s try to be objective for a change. 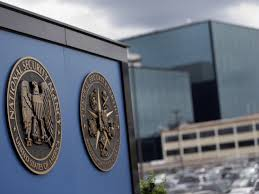 Let’s get back to Snowden revelations about state surveillance in the United States and globally. According to the ongoing publications in the British newspaper the Guardian and the German der Spiegel, NSA alongside spy agencies of Great Britain, Australia, Canada and New Zealand not only intercept, monitor, but also store any intercepted information about users with no restrictions, that is forever. The intercepted material from the wireless carriers, smartphones, PCs and laptops, Gmail and Yahoo, Hotmail and Skype, Twitter and Facebook are stored forever on the companies’ servers.

Have you ever tried to delete a Facebook account? You have followed the guidelines, completing the procedure and you think you have deleted your Facebook account completely. Six months later, you try to restore it, and surprise-surprise, it’s still there. Have you ever wondered how to delete Skype messages from Skype servers? The answer is you don’t. You can delete your Skype messages locally from your hard drive, but you can never delete them from your account information that is stored on Microsoft’s servers. And they are stored there forever, without any restrictions. This is called metadata harvesting, so that whenever the need arises, state agencies, companies or governments can access that information about you and go back in time tracking your activities back until the moment you first registered with these services.

So, how does the new anti-terrorism law in Russia translate in terms of protecting user data from international intervention and surveillance? For one, the new law regulates the period during which service providers will be able to store user data – six months. Next, it obliges these companies to store user data within Russia, which will effectively protect private information of Russian citizens from international surveillance agencies. Germany and Brazil are also considering national alternatives to the Internet; it is just a matter of decisiveness that Russia is the first among European countries to act. Let us not forget about China, where Internet is densely regulated by the government.

A move that is viewed as state surveillance tightening its grip on users’ freedoms may actually be a move to protect the integrity of the national security, Russian in this case. Or both.