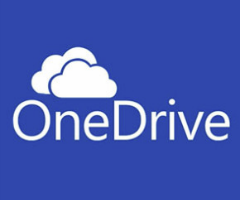 Microsoft will start "cutting" OneDrive’s total storage space of 15GB that was offered in the past for free, after a relative news announcement, and a some early warnings that started a few months ago.

Those who are subscribed to Microsoft's OneDrive free services will now have 5GB available instead of the 15GB that was available until today. Users who have more than 5GB of space taken up in their OneDrive accounts will not have their extra files deleted, but the whole account will become read only (i.e. you will have access to its contents, but will not be able to upload new files). For now, you have 14 days to decide what to keep and what to delete, until Microsoft enforces the limits to your account. If you don’t delete files to comply with the new limits within 1 year, your files may be deleted. Microsoft started informing OneDrive users about space reductions in free accounts in April 2016.

Microsoft had announced last year that would reduce the free space offered in OneDrive, but its users didn't take that all too well. Thus, the company decided to give them a chance to keep the storage when the new limits would be applied (now, that is), so anyone who chose to opt-in to keep the free storage before January 31st, will not be affected now. If you didn't opt-in during that period, then your storage space will be reduced. This change also applies to those who used the camera roll offer to double their storage space from 15 to 30GB. 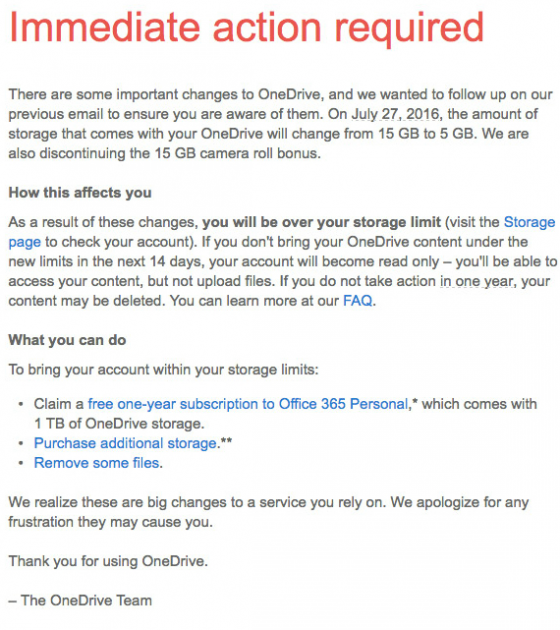 If you want to increase your free space in OneDrive you can register for an Office 365 account and thus have access to 1TB of free space. The first warnings to OneDrive users have already started, and a deadline of 14 days has been given in order for them to decide what they will do with their data. Essentially, the deadline for the free space offer of 15GB is July 27.

In Microsoft’s official blog, and more specifically here, you can be read about Microsoft’s changes regarding OneDrive users.