Home
Articles
Malwarebytes Anti-Malware, the first line of defense for many, got a major update. What's new in 2.0?

Malwarebytes Anti-Malware, the first line of defense for many, got a major update. What's new in 2.0? 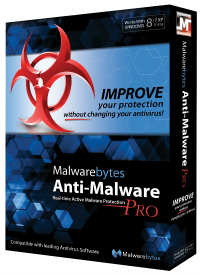 The thing about Malwarebytes was that it was never one to look at. You loaded it, updated your definitions and let it rip along. It was trusty and reliable. It not only found more malware than its competitors in many cases, but it was excellent at removing malware infections like bots, dialers, trojans and other infectious bits of code.

You could try another package with a name you'd never heard of before, in a more fancy digital wrapping, but half the time such packages actually infect your system or outright lie about finding infections in order to get your payment information or worse.

However, with the release of Malwarebytes Anti-Malware 2.0, you no longer need to look elsewhere to satisfy some esoteric longing because the team behind this software have finally added some much needed spit and polish. The user interface has now come out looking quite slick indeed.

Previously trialed as a separate package on a beta test, the Anti-Rootkit scanner and removal utility is now incorporated right into version 2.0 here. Rootkits are particularly nasty computer infections that can get right into the boot-up sequence and ruin your day.

The addition of this rootkit scanner may well be the deciding factor to using Malwarebytes for anyone who understands just how vital such a scanner can be.

It should be noted that the rootkit scanner is turned off by default due to the extra time it adds to any scans, therefore this needs to be turned on through Settings > Detection and Protection.

Scanning options have been simplified right down to a large “Scan Now” button on the main user interface. However, the major change to the scanning process is that the package no longer runs a full scan by default. To run a full scan, you will need to go into the Custom Scan options to do so.

This is not the only change with scanning. Renaming is clearly the order of the day with this version, so Quick Scan has been renamed Threat Scan. Presumably to give the user the idea that this is the fastest way to do a quick surface scan for any particularly troubling malware.

Flash Scan has been renamed Hyper Scan. This scan looks for currently active malware running on the system. If any malware is found, then running a fuller Threat Scan is advisable.

During an active scan, there is a scanning bar that indicates that a scanning process is running and updates if any malware or other file like an advertising web cookie file has been found. Once complete, a subtle mini-window slides up into view to inform you with a summary of what was found.

AV-Scan tests anti-virus and anti-malware packages for overall effectiveness against a list of infectious agents.

The biggest selling point about the premium version is that it adds real-time detection and protection against malware, viruses, trojans and more.

Packages are licensed for 3 PCs with a yearly subscription. Given the high level of verified detection rates, going premium makes a lot of sense.

Download Malwarebytes' Anti-Malware latest version from D3k or its homepage.