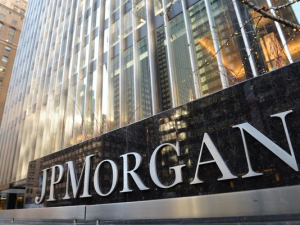 Thursday JPMorgan stated that cybercriminals had gained access to personal information on more than 80 million account holders over the course of the summer, in what shaped up to be one of the biggest hacks of the year.

This announcement comes just one month after it was discovered that 7 of the largest banks in the United States were infiltrated by hackers who used highly effective malware to sneak into the banks' computer systems and manipulate stored records from there.

What Kind of Information Did the Hackers Get?

At JPMorgan alone it was shown that hackers retrieved contact information for more than 7 million small businesses and 76 million households. This information included personal details such as full names, addresses, email addresses, and phone numbers. In addition, the hackers also gained access to what JPMorgan calls “internal JPMorgan Chase information relating to each user.

Fortunately, JPMorgan say that the hackers did not gain access to any sensitive account information like account numbers, birth dates, user IDs, or Social Security numbers. Furthermore, the bank says they have not yet seen any suspicious cases of fraud related to the massive hack.

JPMorgan Chase has also stated that the company is actively cooperating with law enforcement to investigate the incident and prevent a similar occurrence from happening again. In a securities filing that it is continuing to “vigilantly monitor the situation and investigate the matter.”

Earlier this year JPMorgan sent a letter to its shareholders stating that it planned to send out over 1,000 employees and allocate an annual budget of $250 million towards cybersecurity research and investigations.

Who Was Affected By the Hack?

JPMorgan has confirmed that anyone who uses the company's online services were affected by the hack. That would include anyone using their smartphone app or website. It was not clarified whether customers who did all their banking in person were spared during the hack, though we suspect that is the case.

So does this mean that all the people who got their information hacked are vulnerable to fraud now?

Not quite. With just the information they're known to have right now they can't access bank accounts, and have therefore been unable to commit any serious fraud with the information, However, it is likely that the email addresses , phone numbers, and mailing addresses will be or already have been sold off to spammers.

Who Are the Perpetrators?

At the moment it seems as if there is no solid evidence pointing towards any particular suspect. However, many analysts have purported that the attacks came from hackers in Russia, although the evidence that suggests this is only circumstantial.

Historically, hackers from Eastern Europe and Russia have been found to be responsible for the majority of large scale cyberattacks like this one. Also, the timing of the massive hack also points to a Russian source, as it occurred just Russia was in conflict with the West over economic sanctions and the Ukraine this year.

Check this video from CNNMoney to learn more about the massive bank hack.