64-bit native architectures constitute the standard for devices like desktops, laptops and servers, but the current generation of Android smartphones and tablets still operates on its 32-bit counterpart. The former architecture is inherently superior in terms of processing power and data access/transfer, which is exactly why it was adopted for larger devices. However, there are few Androids with 64-bit architectures at this point. Nevertheless, even 32-bit devices could benefit from the introduction of 64-bit kernels and, at a recent conference in China, Doug Fisher explains why. 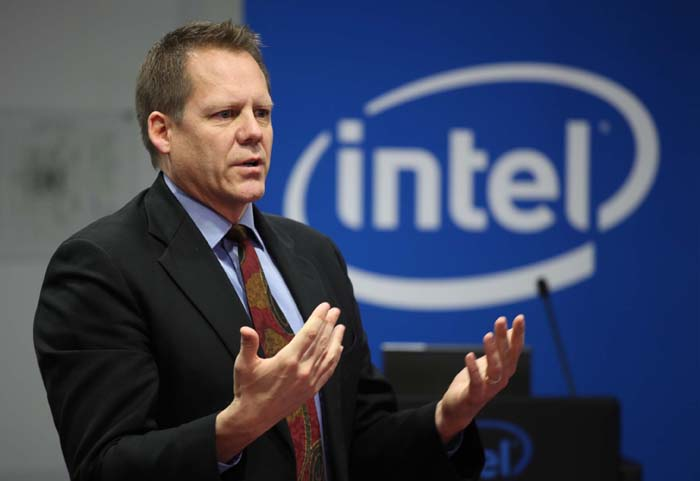 But first, let’s find out exactly what Intel’s project implies.

As you probably know, the Android operating system is the result of an open source project to which developers from all over the world contribute. To put it simply, the open source code is constantly receiving updates and improvements courtesy of a global network of programmers and developers.

Intel’s recent contribution to this project consists of a 4.4 KitKat version featuring a 64-bit kernel with optimizations in place for Intel specific architectures. In essence, the company provided the community of developers the kernel support required for creating 64-bit applications for the next generations of Android devices.

It is necessary to point out that the 32-bit hardware architecture also benefits from the implementation of the 64-bit kernel operating system. Fisher made it quite clear when, during his presentation, he performed a side by side comparison between a ray tracer app running in 32-bit and 64-bit Android OS's. 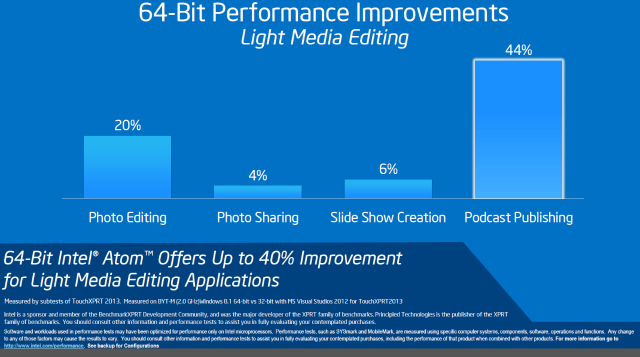 You might be wondering why Intel is in such a hurry to make 64-bit kernels the standard in the mobile industry, considering that the transition to 64-bit hardware articles is far from completion. The most obvious answer is that Apple has already introduced the 64-bit standard at the WDC and, soon after, Qualcomm jumped on the bandwagon by retrofitting the line of Windows 8.1 tablets with 64-bit architectures. Intel is just trying to keep up.