Home
Articles
How To Perform A Complete And Refreshing Android Makeover

How To Perform A Complete And Refreshing Android Makeover

One of the most appealing features in Google's OS is the wide range of options that its users have in terms of customization. There are several ways to change the look and feel of your Android device, and here are the things that you can change in order to turn your device into a fresh, modern and attractive smartphone/tablet.

The home screen is usually the first thing that you need to change in order to improve the look of your Android device, and frequent changes are necessary. It’s the best way to get the feeling that you have renewed your device. 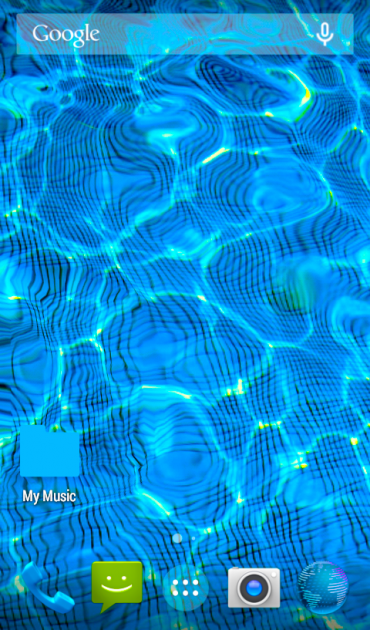 Alternatively, there are many wallpaper choices, even on the Play Store. For instance, one of the best apps for this job is Wallpapers HD, which has the highest rating among apps of this kind, and (among other things) allows searching for wallpapers by picking a base color that you would your wallpaper to have. 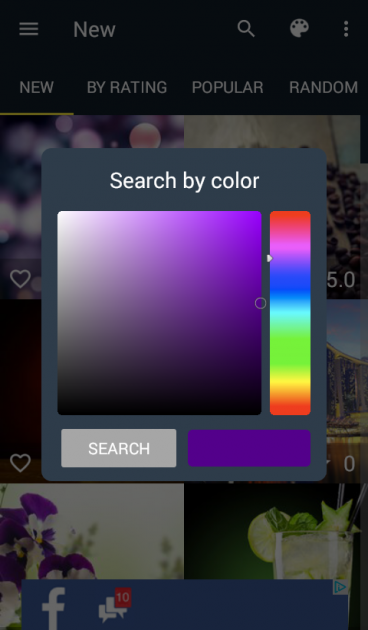 A similar change can be made in the lock screen as well. Your own photos or other images of your preference can bring vibrance to your device.

One of the most interesting and popular option comes from Microsoft, and is Next Lock Screen. This app offers a broad variety of features regarding the appearance of your Android smartphone/tablet, including lock screen options. 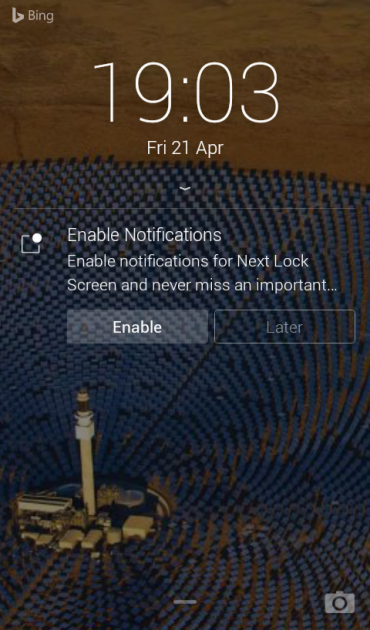 Most Android icons are rather boring, plus they are accompanied by their unattractive text label.

Fortunately, you have the ability to change everything- including the phone, messages, camera, and many other app icons. Even though Zedge is mostly known for the Ringtones and Wallpapers it provides, it can also all your app icons and remove their labels so as to provide you with a neater screen. 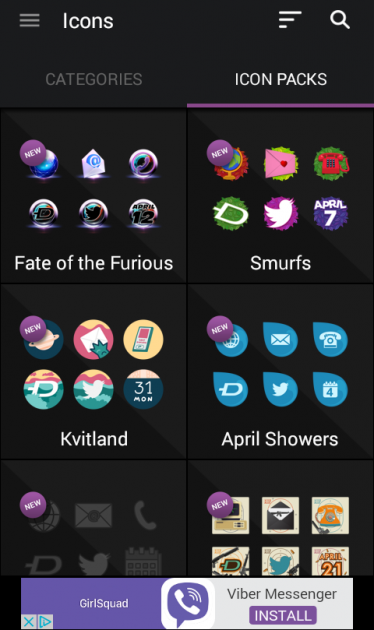 Change look with a launcher

If you want a completely different Android look, with a lot more customization options, then the solution lies within launchers.

These special apps are great for changing the appearance of Android devices and also improving the device in terms of settings and features. Even though it might be difficult at first for inexperienced users to become familiar with a new launcher environment, it won’t be long until they can get the grasp of it and enjoy the tremendous makeover and performance improvement of the device. 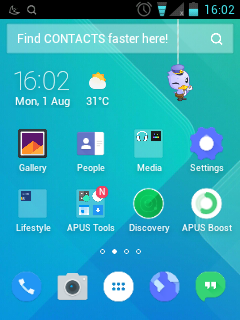 One of the best and most popular launchers is Nova launcher, but you can find more of them in the following D3K article:

The Best Android Launchers for your Smartphone and Tablet

Perhaps you may not actually believe that the keyboard is capable of refreshing the look of an Android device. However, you may change your mind if you try Swype and its impressive typing method called Swyping.

Use a different messaging app

Google's open-source operating system, as opposed to Apple's iOS closed OS, allows using various kinds of messaging apps, which you can find in the Play Store. Whether it's plain SMS text messaging or instant messaging, these apps can give you a new Android messaging experience.

Android messages and Google Allo are quite attractive apps for your communication needs, since they have pretty interfaces and interesting features. 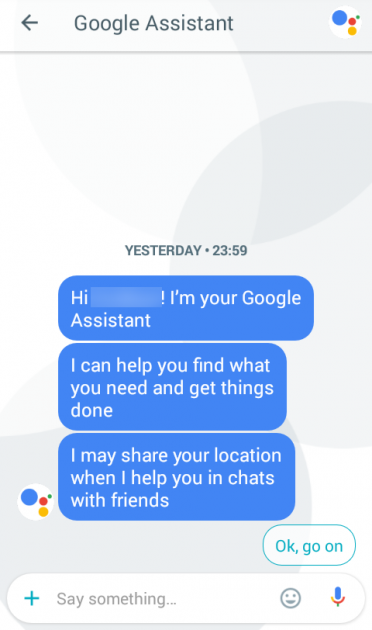 For a more detailed guide on messaging apps, read the following article:

Android shortcuts are undoubtedly useful time-saving and productivity tools. Widgets give you the ability to make significant changes in the appearance and functionality of the device. In this case, the options are endless, since virtually all areas are covered, such as weather, sports results, music control, and more.

You could give Easy Touch a try, which will give you new shortcut options for Android settings, functions and apps. 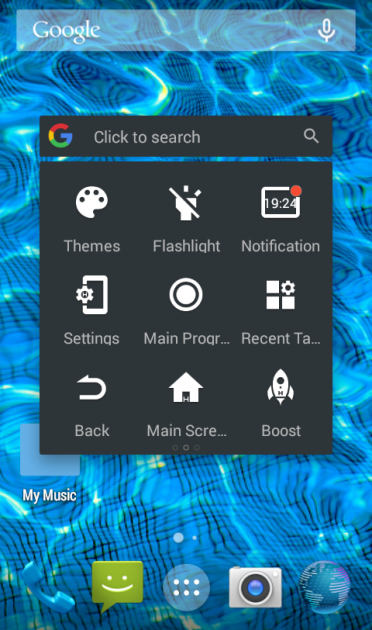 Gather all functions in one place

Power Toggles, even though it’s not a new app, is still an excellent tool for saving time performing actions that would otherwise require several taps. With this app you can locate various features directly from the home screen. 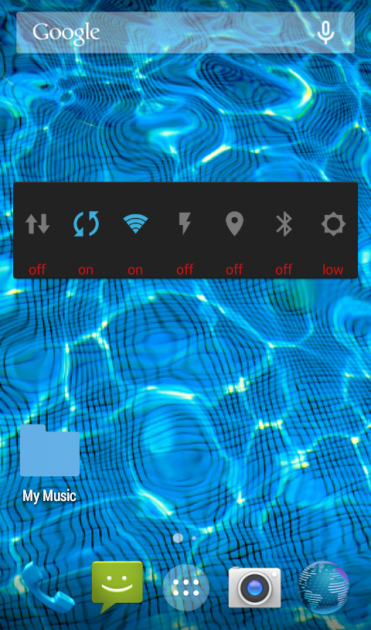 Most modern Android smartphone have built-in LEDs that are capable of producing different colors. Usually, preset factory settings include three to four colors at most.

You can make a very interesting change in your Android device and its notifications by adding all the iris colors with no exceptions. Light Flow is the best way to add any colors that were missing on your device’s LED. 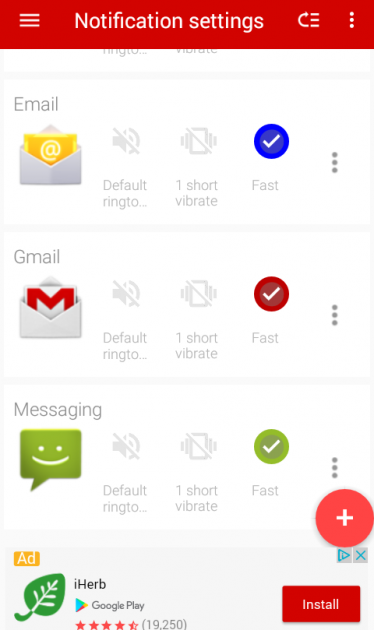 Additionally, you will be able to tell what kind of notification (email, text message, instant message, etc.) you have by the LED’s color.

You don’t have to keep installing apps to change the look of your device. Zedge has been already mentioned, and there is no doubt that it is the best app for ringtones, alarm sounds or message sounds, Zedge offers a plethora of choices. 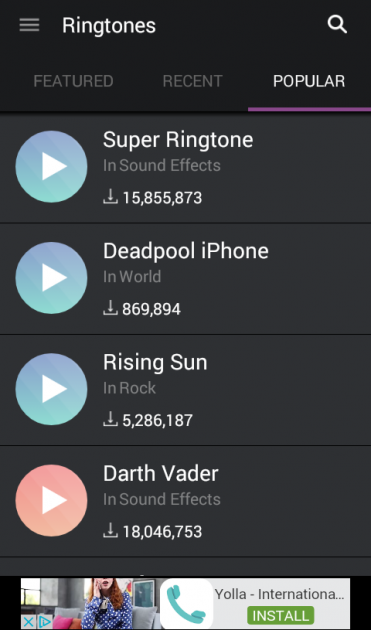 From the looks of it, Microsoft seems to have abandoned the Windows phone, but there is no doubt that it is a beautiful-looking device. If you like complete changes in your Android’s appearance, Launcher 8 WP is available in Google Play, which shall transform your device into a Windows Phone. You won’t lose any of the Android's functionality of course (it's just a launcher). 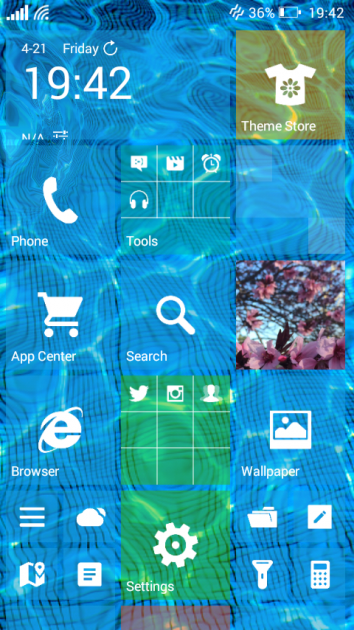 Are you still looking for more customizations for your Android? How about Adding An Original Alarm Clock App or discovering Developer Options- All Hidden Options In Android.