Android has an impressive list of hidden settings, which includes many advanced and unique features. If you want to take full control of the device and improve its performance, here is what you can do via the developer options.

What are developer options?

As the name suggests, these options are intended for developers who need additional features in order to test Google's OS and design applications for Android devices. Developer options are accessible in almost all versions of Android, even though for some versions they are hidden and a special method is required for them to become accessible.

It should also be mentioned that the features in this hidden menu vary slightly in terms of naming or description. Depending on the device’s manufacturer, you may come across a different name for the same option. Additionally, some options might be missing from older Android versions.

The whole process is relatively easy and fun. So, to enable developer options, go to Settings -> About phone. 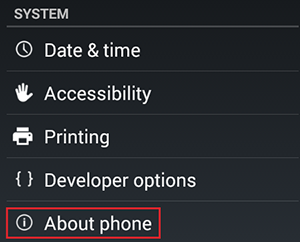 From there, locate the Build number field (some users might have to navigate to Software information first), and tap on it seven consecutive times. Once you’ve done so, the device will immediately notify you that you now have developer rights. 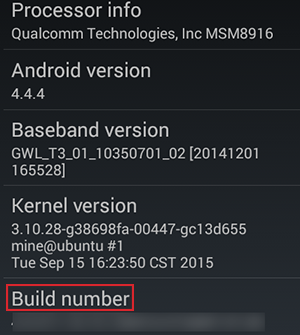 The most useful developer options

Many developer options contain a number of elements which are directed only to experienced professionals. There is no point in describing them all, since some are not useful at all for the average user. However, there are options which can be used by normal users as well.

Developer options include, among other things, enabling USB debugging. This option gives you full access to the Android device through your computer. 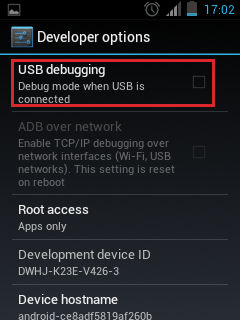 This is extremely useful, especially if you want to use third party applications for Windows for synchronizing or backing up data on Android. All of them- without exceptions- require USB debugging enabled.

Note that USB debugging opens the path for vulnerabilities to be exploited through a computer, therefore it’s a good idea to keep it disabled unless you use it with apps that you trust.

Most Android devices allow you keep the screen on for up to 30 minutes (when idle); after this time period ends, the screen closes.

When the Stay awake option is turned on, the screen will never screen while the device is charging. 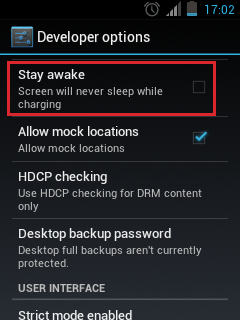 Of course, having the screen constantly on reduces its lifetime. However, most users will change smartphone long before reaching the point of the screen showing visible signs of deterioration.

This developer option is very useful for left-handed users. It forces the screen to be laid out from right to left, for better scrolling and use with the left hand. 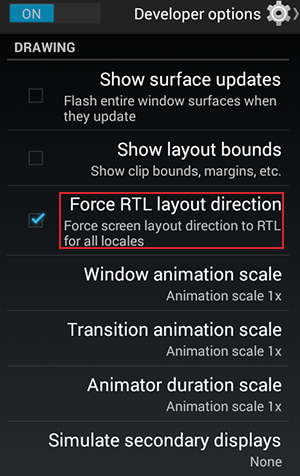 Animations (i.e. transitions from the home screen to an application, or screen changes between apps), play a large role in how quickly your device responds.

With the window animation scale, animations can be accelerated. For example, the normal setting is 1x, and a value of .5x will double the animation speed. This will be a positive surprise to most users, seeing that the device is visibly faster. 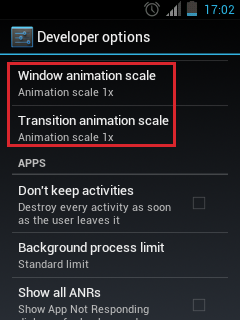 Consequently, disabling or limiting these settings will increase the speed of a slow device. In this case, a value higher than 5x should be selected.

This is one of the most useful features for the average user with a not-so-powerful device.

If your device has a limited amount of RAM- that is, less than 2GB- then you can choose to run only a small number of apps in the background simultaneously. For example, you can select to have up to two processes running in the background at the same time. 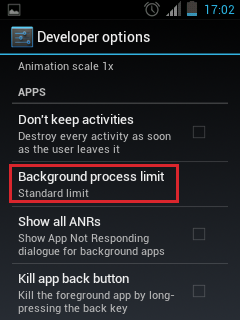 With this option set, only the current application and the two most recent cached background processes will be allowed to run. This will free up a lot of memory in your device. 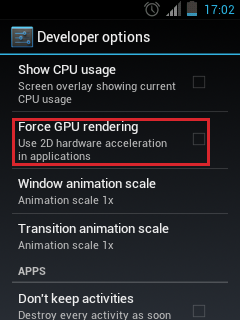 This option displays at the top of the device’s screen all running CPU processes. 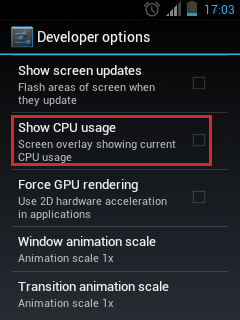 With this developer option turned on, your device can automatically switch quickly from Wi-Fi to mobile data, when the Wi-Fi signal is weak.

Moreover, it’s also very crucial for users who suffer from some form of color blindness, since developer options provide the most appropriate color combinations for each case.