Just a few days ago (April 11th), Microsoft officially released the third major upgrade for Windows 10, namely Creators Update. The name of the update suggests that Microsoft is trying to appeal to "creative" users, and through a series of improvements and additions, it actually manages to achieve that goal.

Here is what has changed in the new update.

Windows 10 Creators Update, or version 1703, codenamed "Redstone 2", is the third major update for Windows 10, and the second out of the four major upgrades planned by Microsoft with the codename "Redstone".

Microsoft has been testing the new big update for several months, which was made publicly available through Windows Update on April 11, although it was originally available since March 17 (hence the version 1703) for anyone who was willing to download it from Microsoft’s website and install it manually.

The most notable additions concern the creation and editing of 3D graphics, as well as the Beam live-streaming service. Both features are now included in Windows 10, while support for Mixed Reality is even better. 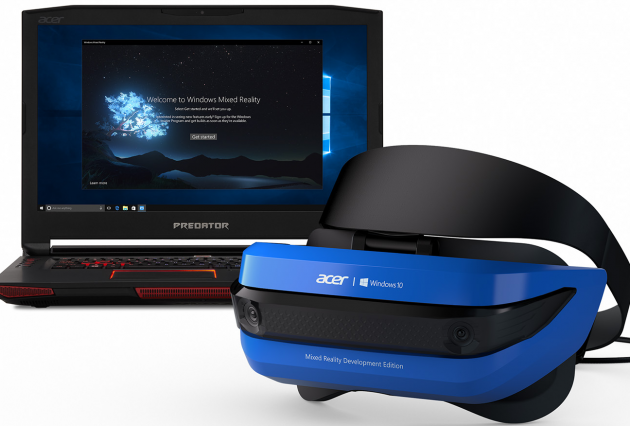 But let's take a look at the most important new features.

Improvements and additions in Microsoft Edge

Microsoft Edge couldn’t be missing some updates of course. Now, it features better management of open tabs, and introduces a new feature for saving tabs for visiting them later. Additionally, you can now open PDF files from within the browser itself. 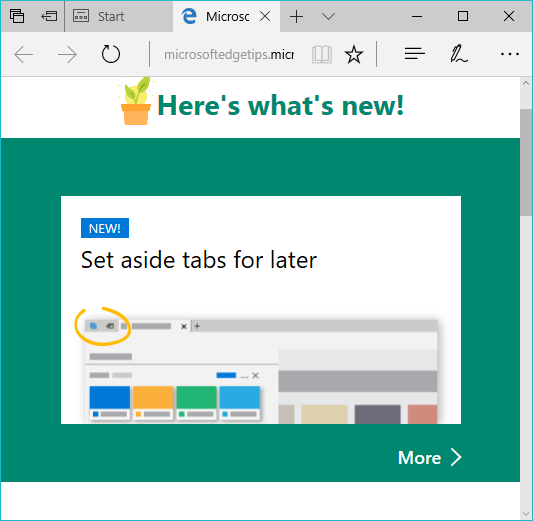 From a more technical aspect, among other things, Edge now automatically blocks Flash player and prefers playing HTML 5 content whenever it is available.

With the Creators Update, Microsoft places a huge bet on the field of 3D graphics (let's not forget that it's the company that bought Minecraft). 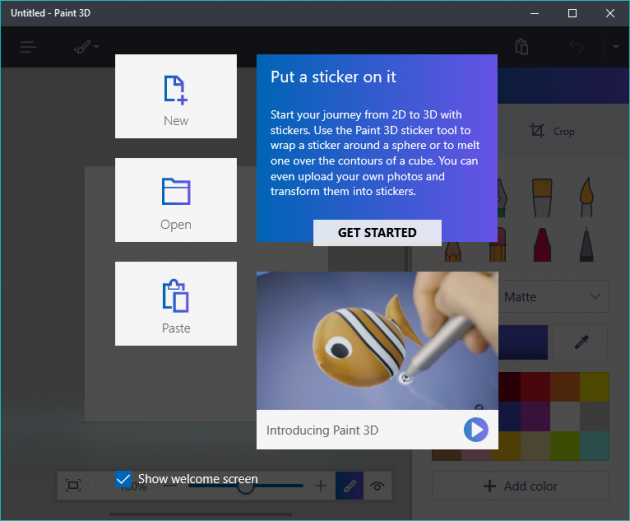 With the new 3D Paint app, Microsoft makes 3D graphic design accessible to everyone. 3D Paint allows you to create and edit 3D objects through a set of predesigned patterns, while 3D printing is also supported. 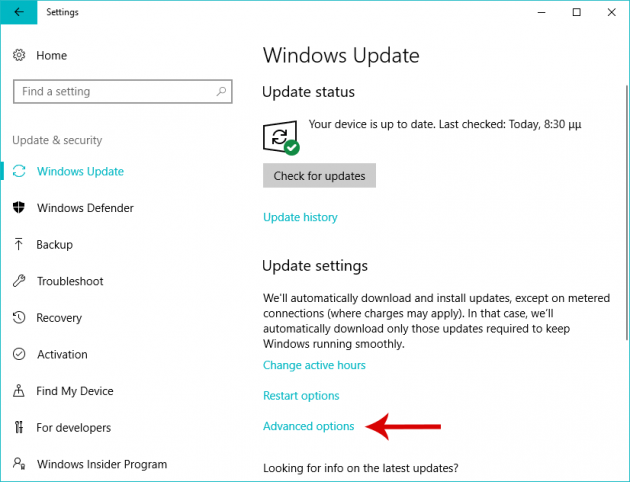 Note that only Windows 10 Professional, Enterprise and Education have these options. Windows 10 Home users are not able to make these settings.

Windows Defender undertakes, among other things, the role of monitoring the proper operation of your device. Also, from its interface, you can easily choose to make a "Fresh Start" and restore your system to a clean and up-to-date state.

You could say that this option is like Factory reset in smartphones.

At the same time, the updated Parental Control protects the digital life of your family. 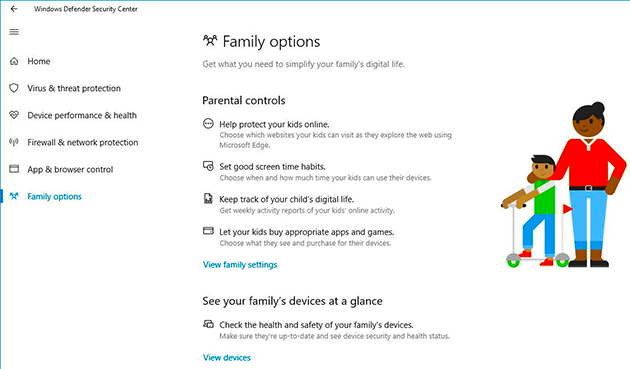 Game Mode and improvements for gamers

Significant changes have been made in the area of gaming as well.

Windows 10 introduces "Game Mode" in order to improve the performance during gaming, by ensuring that most computational resources are used for the current game. 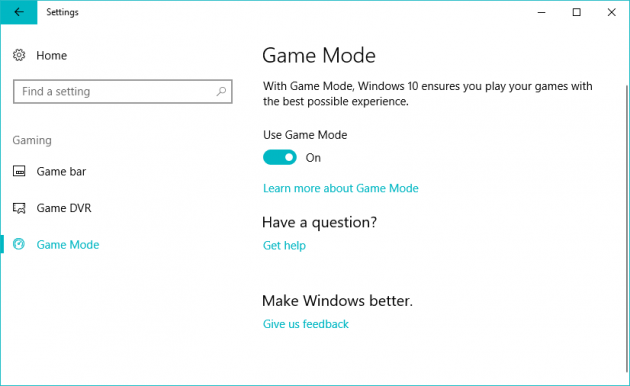 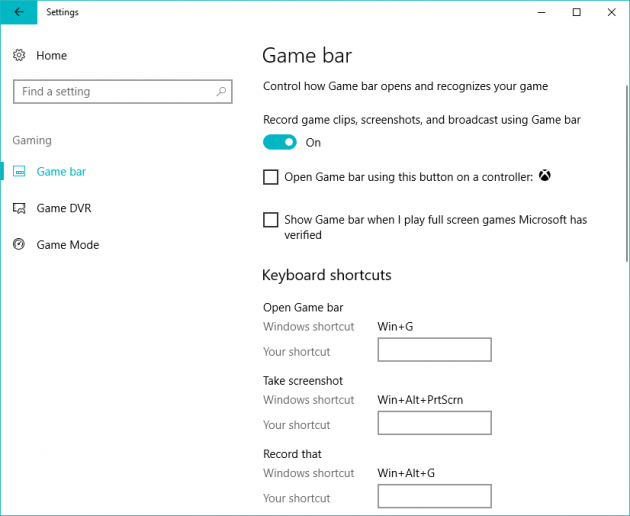 Windows themes are back

Themes were present in earlier versions of Windows 10, but only through the Control Panel. 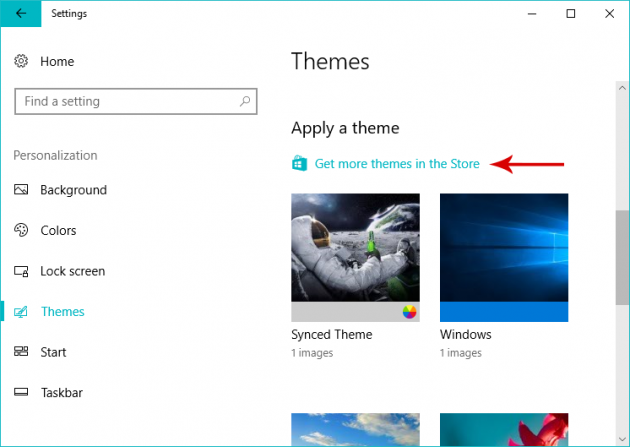 Now, Windows themes are available in the Store.

A new and really useful feature in Windows 10 Creators Update is Night light. This feature changes the screen to apply warmer colors, thus reducing eye strain when working in a dark environment. 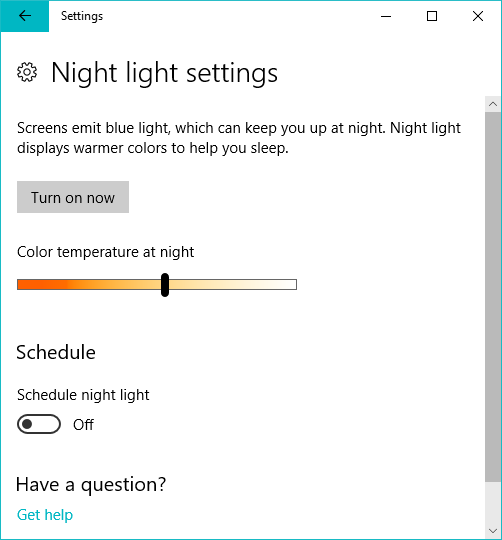 Below are smaller improvements in the Creators Update which are more difficult to be observed.

You can now download and store maps locally, offline use. 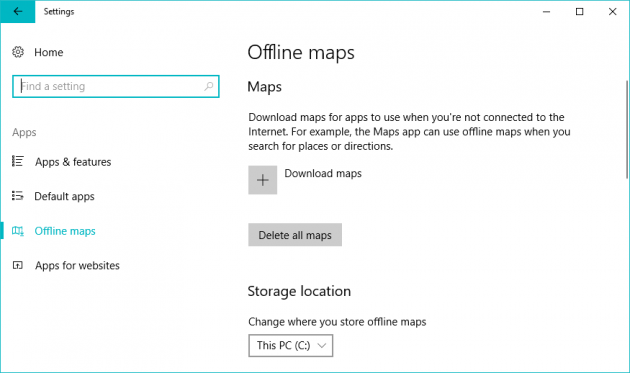 The new Windows 10 version allows you to free up space in your disk with a new feature that can delete unnecessary files from your computer (temporary files and items in the recycle bin) in order to save space. 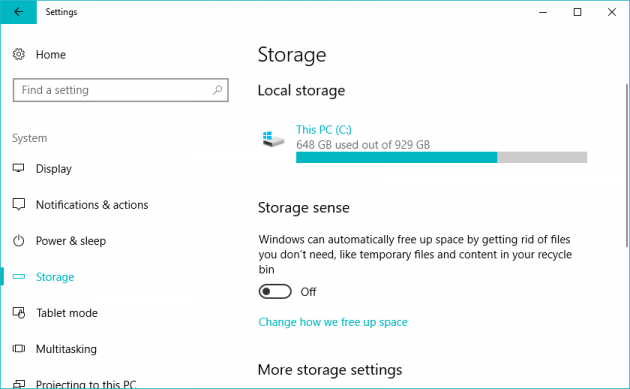 All troubleshooting applications are available in a single place within Settings (in the Update and security menu). When something is not working right, you can give these apps a try. 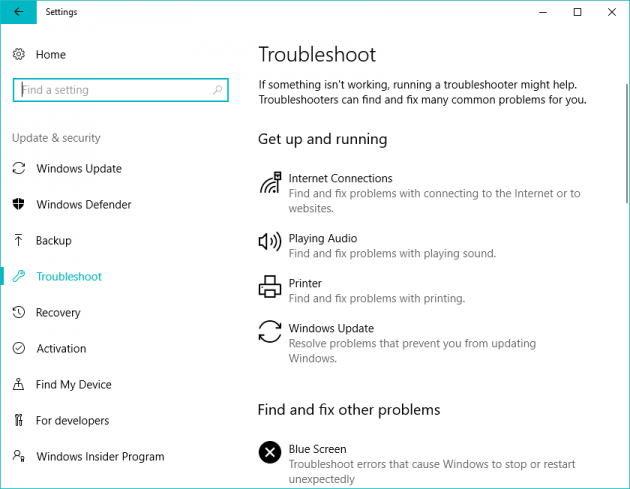 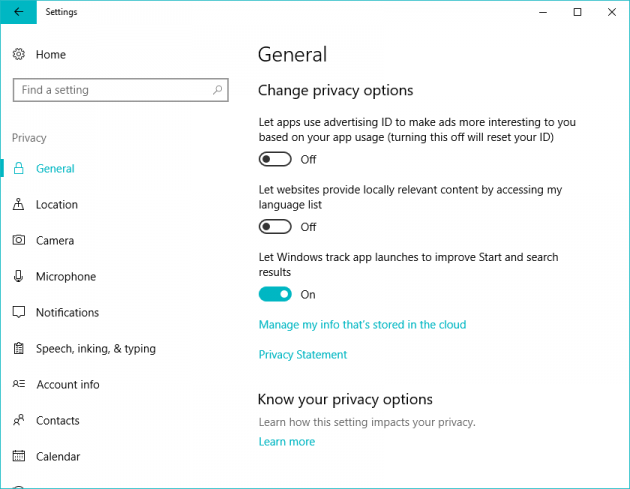 Should I update to the Creators Update?

Although the new version of Windows 10 has been officially released, bringing many new features, it is wise that you don’t rush into upgrading your system.

Wait for your turn

Even though Microsoft has already started rolling out the update to computers, not all systems receive the updates at the same time.

This is not only due to the servers’ inability to serve all users simultaneously, but it’s also because the update might not be suitable for particular systems yet due to incompatibilities with software/hardware. In this case, these systems will receive the update once a solution has been found and implemented.

Therefore, it’s a good idea to wait until you’re notified that the update is ready for your system. There is no reason to rush into getting the new update, especially if your current version of Windows is working properly.

Wait until new updates are released

No matter how much the Creators Update has been tested by Windows Insiders, there are millions of users with different hardware and software combinations.

Thus, it is better to update at a later time, when the majority of the most common issues that occur at this phase are fixed. This will make it less likely to face problems.

If you have problems after installing the Creators Update, there is a way to go back to the previous, stable version 1607.

In order to do this, simply open Settings, go to Update & security, and then navigate the Recovery section. Under the "Go back to the previous version of Windows 10" title there should be a "Get started" button; click on it to begin the process. 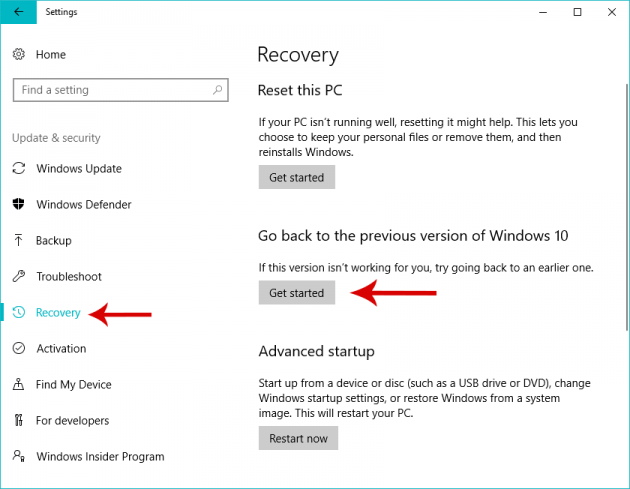 Before reverting back though, read How To Solve Issues That Appear After Upgrading To Windows 10 Creators Update.