Home
Articles
How To Connect Your Android Device To Your TV

How To Connect Your Android Device To Your TV

Many of you might not know that anything that is displayed on a smartphone can be displayed on a TV, which can make the experience of watching films and playing games more enjoyable. Here are the methods that you can use to connect your Android smartphone with a TV.

Why connect my Android smartphone to the TV?

There is no doubt that it is much better viewing your photos (or showing them to others), from the comfort of your couch.

Moreover, since you are at home, why not play games on a huge screen rather than the device’s small screen? And why not stream movies directly from the device comfortably and nicely on your TV, using the Android smartphone as a universal remote control as well? 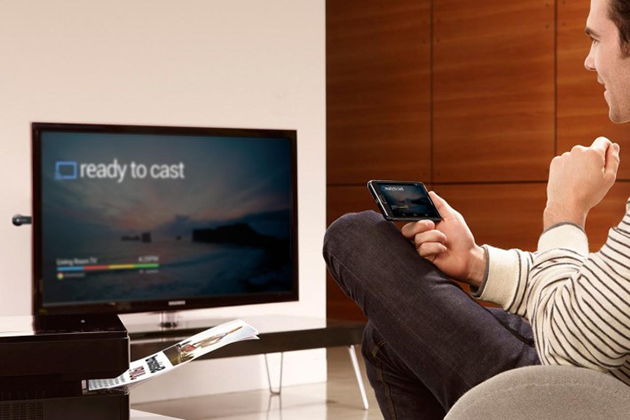 So, let’s see how you can connect your Android device to the TV for streaming media.

Connecting to the TV remotely

Undoubtedly, a remote connection is the most convenient method for this purpose, since everything is achieved without using any cables.

All you need for this wireless connection is to have a device that runs Android 4.2 or above, and a TV that supports DLNA or Miracast. These protocols can be found on most Smart TVs that were released several years ago, so most of you probably have a compatible TV.

However, if your TV does not support these protocols, do not lose hope. We’ll see what you can do in this case in the last section of the article.

The Digital Living Network Alliance, commonly known as DLNA, makes use of the Universal Plug and Play (UPnP) networking protocols and helps you display content from one device to another through the network. 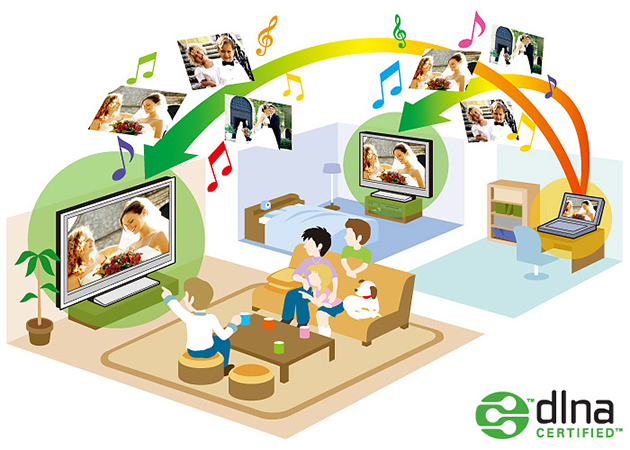 Simply put, you can use DLNA to stream your media files from a smartphone to the TV. In this case, the best way to make use of DLNA is with the help of some simple and useful apps from the Play Store.

Plex is the leading application for taking advantage the capabilities of DLNA. This great app does not limit you only to media stored locally in your device; it also has the ability to display content located in your computer’s hard drives. All you have to do is download and install the app from the Play Store, and then install Plex server on your PC. 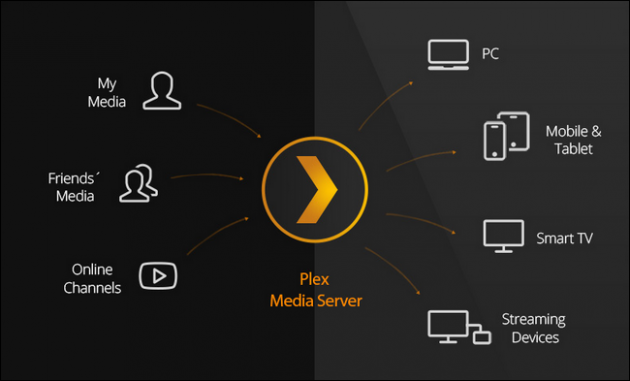 If you are interested in streaming videos, photos, and music that you have on your Android device and on your home network to your TV, then Plex is undoubtedly the ideal way to do it.

But there is one small drawback- if we could call it that. If you wish to stream media found in the Android device’s local storage, you must activate the app, which costs $4.99. However, if you have your media files stored in a hard drive or a cloud service, then you do not have to pay anything to display content using the Plex app- you can use Plex server in order to stream the media from these locations instead.

This is one of the oldest and most reliable apps of its kind. iMediaShare is free and has an exceptionally beautiful and user-friendly interface, which is why it is considered to be the best choice for connecting your smartphone to a TV via DLNA. 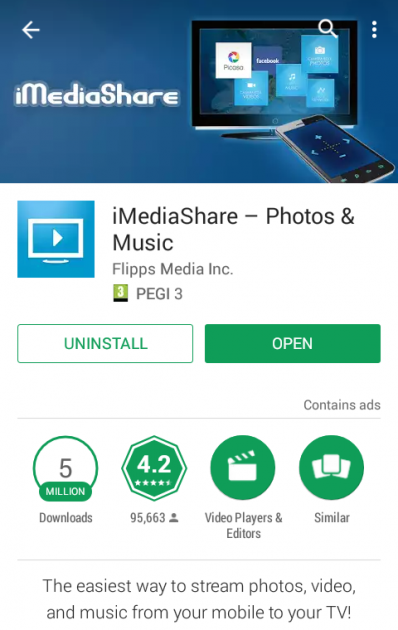 The app allows you stream remotely and easily all multimedia stored on your Android device on a TV. In addition to local content, iMediaShare allows you to play all your videos, photos and music located on your Plex server; just select the Local Network option within the app. 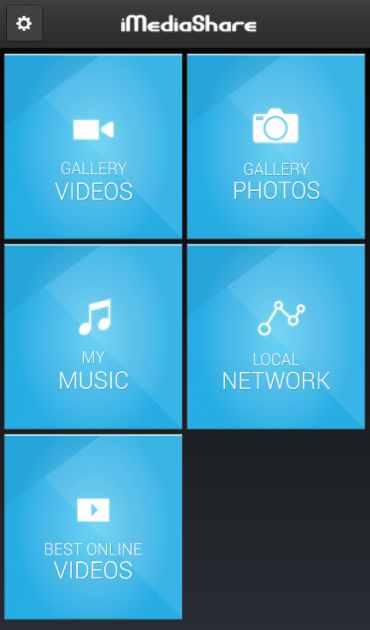 iMediaShare also detects subtitles located in the same folder with the corresponding video file and includes them during playback on TV without any problems.

This is one of the best DLNA applications available in the Play Store. AirWire is a top choice for connecting the smartphone to TV remotely and streaming media files. It has the ability to stream content that is either stored locally on the device or in the cloud. 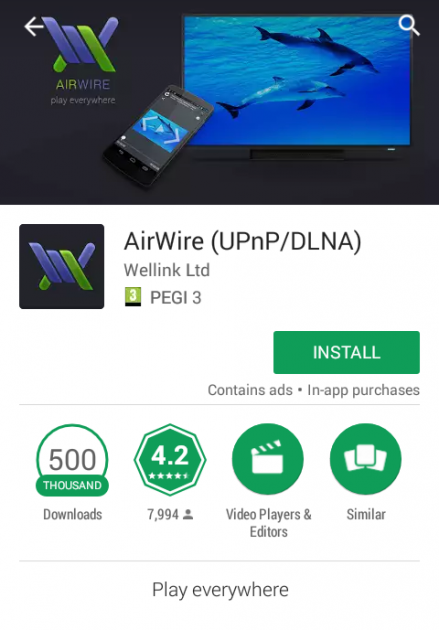 Although AirWire has not been updated in a while, it remains one of the best way for streaming media from an Android device to a TV remotely. 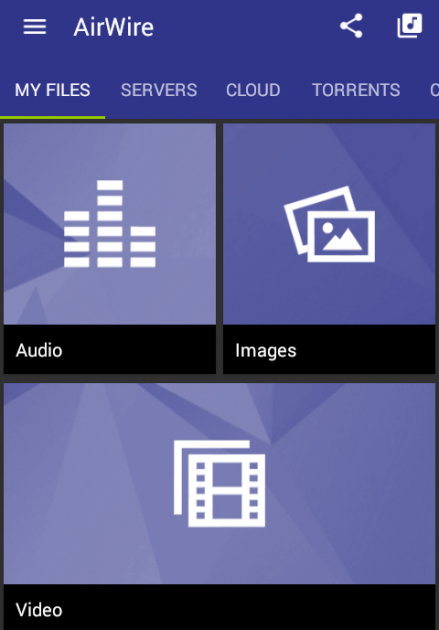 It is compatible with a wide range of devices, including the latest game consoles and many Smart TV companies.

The DLNA standard was designed several years ago, and works seamlessly only with local media files, regardless of whether they are located in the Android device, or somewhere in your home network. Simply put, when you connect your smartphone to the TV via DLNA, you cannot play YouTube videos without any additional casting device.

The solution to this issue with DLNA is provided by a free app called Web Video Cast, which is essentially a DLNA Browser that is capable of locating compatible devices. 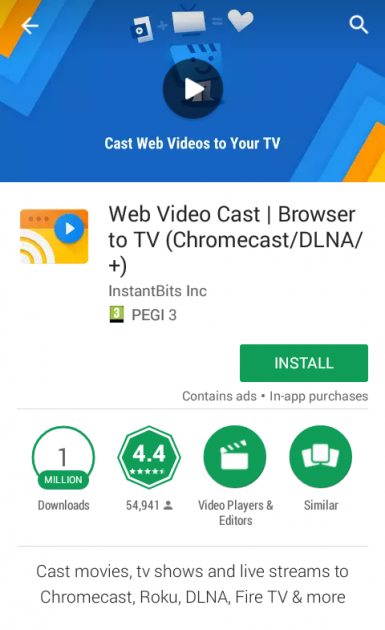 Therefore, media that you come across through the browser, such as YouTube videos, can be played directly on the TV without issues. 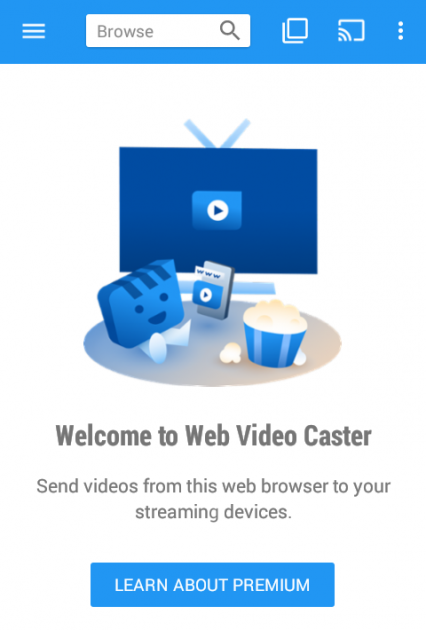 An additional great feature of this app is its ability to search and download subtitles for videos that you stream.

Connecting to the TV via Miracast 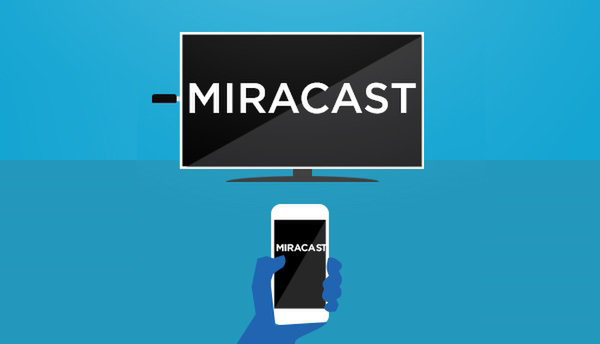 Thanks to Miracast you can connect your Android smartphone remotely to the TV. However, the effects of Miracast in practice are not always very encouraging. Many devices that support the protocol refuse to work with certified receivers (i.e. Miracast dongles), and compatibility problems may appear sometimes.

Another negative feature of the standard is that it does not oblige the corresponding devices to carry the Miracast logo. Therefore, each company gives a different name to the functions provided by the standard itself.

LG, for example, promotes it as Miracast "SmartShare", Samsung as "Smart View" (formerly "AllShare Cast", Sony as "mirroring screen" and Panasonic as "mirroring display." This, as a result, has a confusing effect on consumers who wish to buy a new TV, since they are not aware of whether it will be compatible with Miracast. 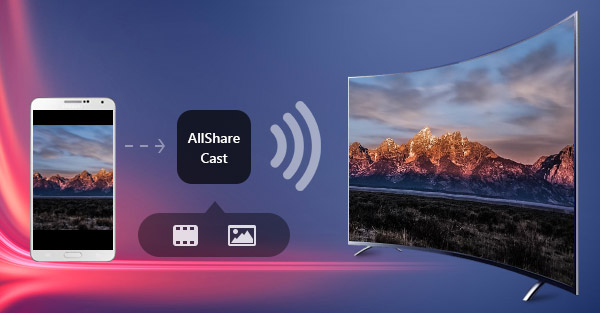 Casting the smartphone to the TV remotely

Nevertheless, Miracast can provide remote streaming with high quality image and sound. Note that it is strictly a mirroring protocol from the smartphone to the TV, which means that everything displayed on the device’s screen will be displayed on the TV. However, the device’s battery is greatly affected when making use of Miracast, so you will definitely need to keep it connected it to the charger if you’re planning on watching a movie.

In addition, although the standard works via Wi-Fi, it connects the device to the TV directly (peer-to-peer Wi-Fi) without interfering with the router of your home network.

After you’ve made sure that your TV and smartphone supports Miracast, you can proceed by locating the media file that you wish to stream from the device, choose to share it and then select the corresponding Miracast feature.

If your television does not support Miracast, then you have to buy the corresponding Miracast dongle, which is relatively cheap. Such dongles can be easily found on eBay or other related e-shops.

Connecting to the TV via Chromecast

When Google unveiled the Nexus 4 with Android 4.2 in 2012, everyone was talking about the beginning of Miracast support from the company. However, a year later, Google introduced Chromecast, which was based on a different protocol named DIAL (Discovery and Launch). Nowadays, Chromecast relies on Multicast DNS (mDNS).

Chromecast is a USB dongle that connects to the HDMI port of the TV and unlike Miracast, connects to the router. It is considered to be more functional than Miracast, and does not just mirror the device’s screen on the TV. When the content is cast from the smartphone to the TV, you are still free to use the portable device for other purposes as well. 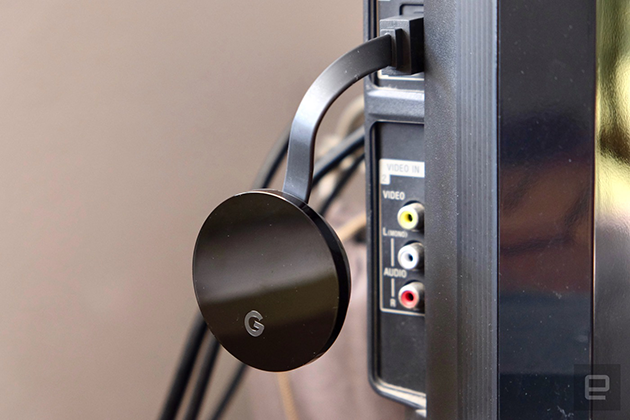 Connecting to the TV via Micro HDMI/MHL

This method is for a wired connection of the smartphone with your TV. In this case, the smartphone’s screen will be mirrored on the TV.

All you need for this method is an MHL Micro USB (Mobile High-Definition Link) special adapter. It's designed specifically for Android mobiles, and should be accompanied by an HDMI cable.

The cost of the adapter is about 5-10$, and the HDMI cable costs about $2-3. However, not all Android devices support MHL. Therefore, you must first make sure that the description of the product is compatible with your smartphone or tablet. 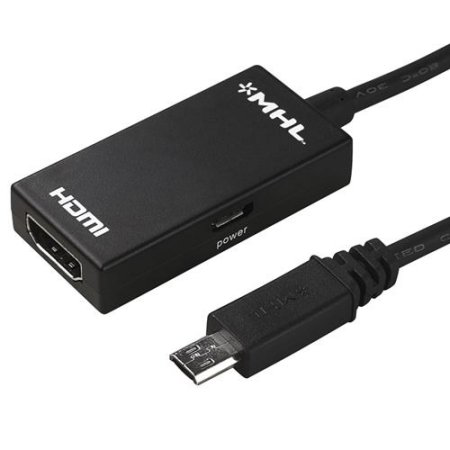 Now you know how to stream media from your Android device to your TV, so make good use of it! And if you have any questions, suggestions or thoughts, let us know in the comments section below!