How To Clone Installed Apps For Using Multiple Accounts On Android

One of the most significant limitations on Android devices is the lack of support for multiple accounts in apps. Many users would certainly add a second account in messaging or game apps, and here is how you create copies of installed apps in order to do just that.

Why should I clone apps?

There are many reasons why one would like having multiple instances of the same app installed, and thus be able to access multiple accounts easily. An indicative example of why anyone would do that is to keep his professional and personal online identities separate, or because he would like to take full advantage of the device’s dual-SIM feature. It is widely known that it is impossible to have two different Facebook accounts at the same time in a device; something that applies to most messaging apps as well. 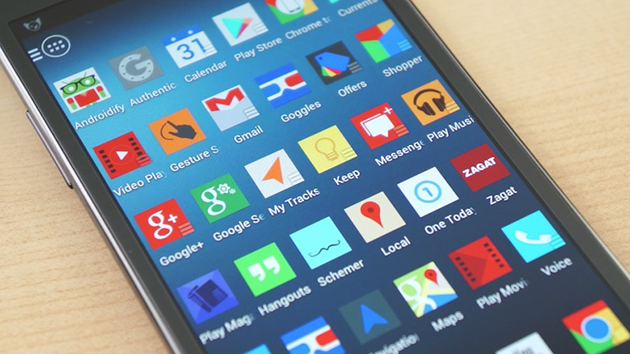 There are some apps (e.g. Instagram) which allow the user to add multiple accounts in the same app; however, these applications are very few in number.

Not just for rooted devices

Until recently, the only way for having multiple accounts simultaneously in the same app used to work on rooted devices only. However, new Android apps can provide the same features without the requirement of root.

The most trustworthy app that allows you to connect multiple accounts within the same app is called Parallel Space and is available for free on the Play Store. 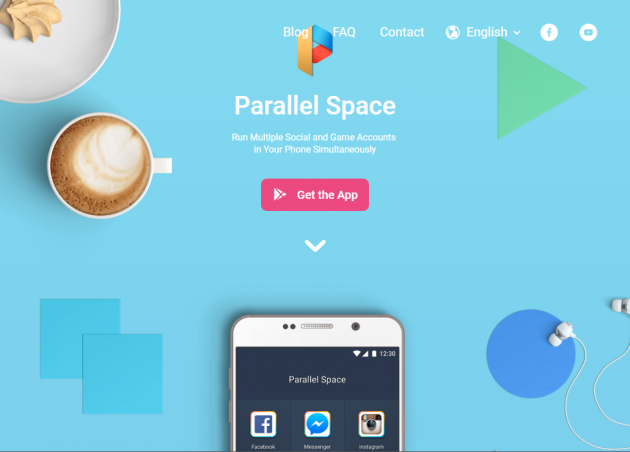 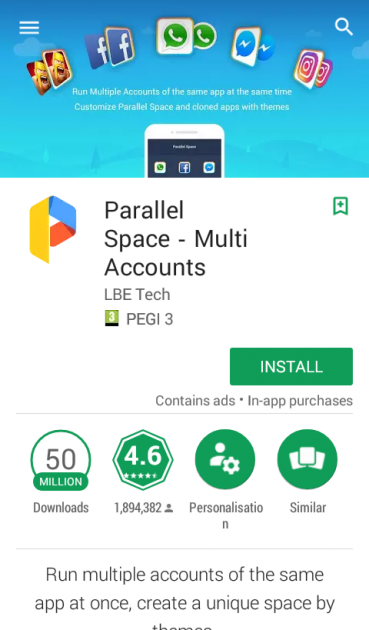 Once the app has been installed, you will be introduced with a quick tour of its features. With Parallel Space, you can clone any installed app, allowing you to share the device with others without affecting your own accounts. 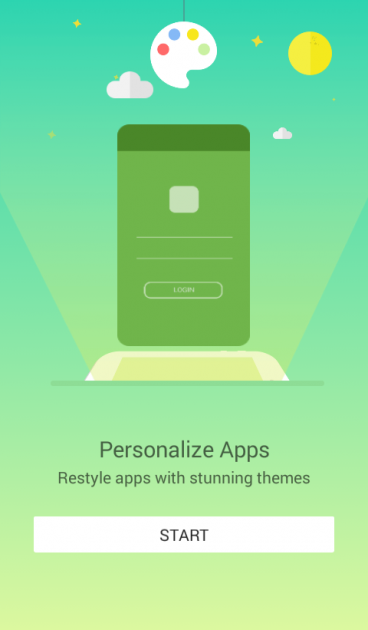 In essence, the app works as a Sandbox, where apps can run in parallel. By tapping on the "+" icon located at the bottom of the screen, you can select the apps you wish to add. You can add up to 9 apps at a time (you can change the added apps though whenever you want), and there is no limitation on the number of apps that run simultaneously on the device. 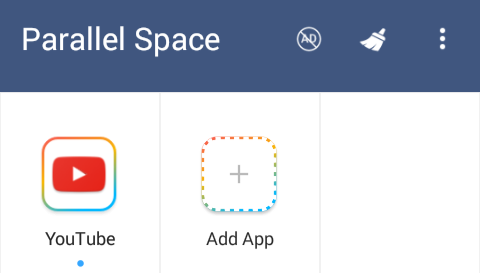 Any app that you add in Parallel Space will be installed again from the beginning, and run independently of the apps located outside the app's sandbox. By tapping on any application on the app’s home screen, you can create a shortcut on the device’s home screen.

Then you will be able to run either the original version application that you already had installed on the device, with the original account, or the other instances of the same application, with other accounts.

Apart from cloning apps, other small and useful tools are integrated within the app as well, such as a smart lock for locking apps and 1 Tap Boost. 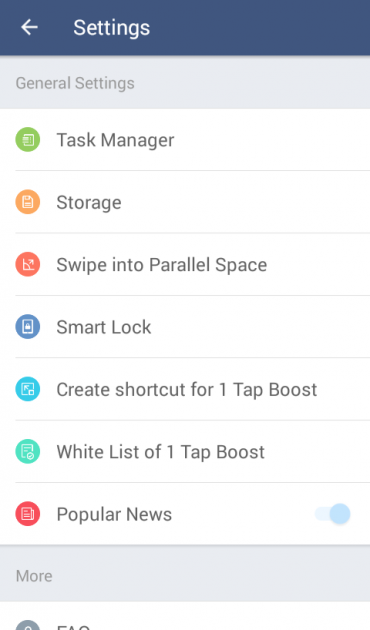 In addition, the app also includes different themes for changing the appearance of apps too.

GO Multiple is quite similar to Parallel Space, in that it allows you to clone apps so that you can have multiple accounts for any installed app in your device, without having to disconnect and reconnect with a different account each time. 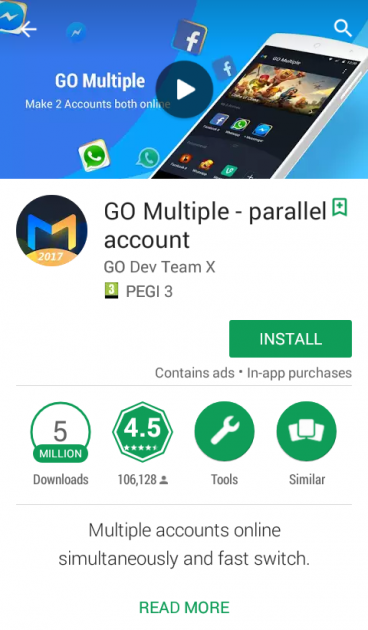 The only difference between GO Multiple and Parallel Space is that the former app creates shortcuts of clone apps directly on your device’s home screen automatically. The clone apps are indicated by the letter "β" on the end of their name, so that you can distinguish them from the original apps.

First-time users will be greeted with a small introduction of the app and its features. As you shall see, it is fairly simple to use and doesn’t require a lot of effort for cloning your applications.

As soon as the app’s main screen is open, you’ll see a list of installed apps which are commonly cloned. By tapping on "Add more apps" you can clone any other app you wish (that you have installed) in the GO Multiple. 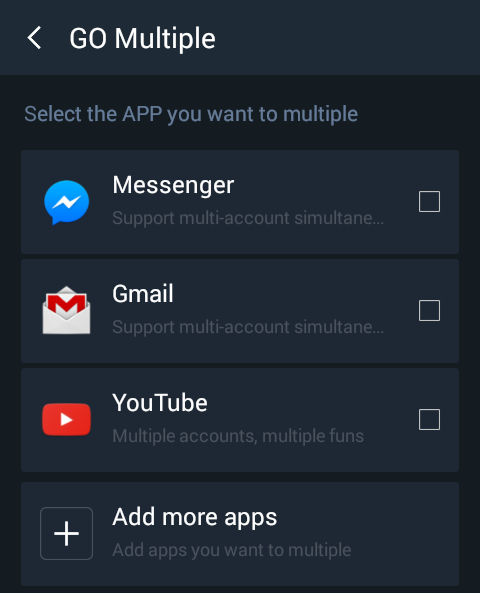 The app will then automatically make copies of these apps and add their shortcuts on the home screen. From now on, you will be able to connect to two different accounts in the same application. 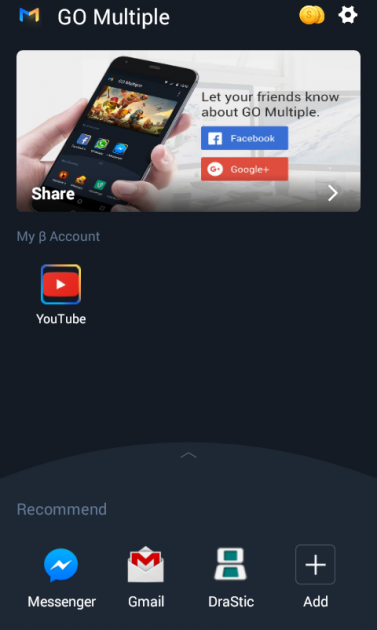 GO Multiple has a low memory notification feature, as well as a one-tap boost feature for improving device performance. 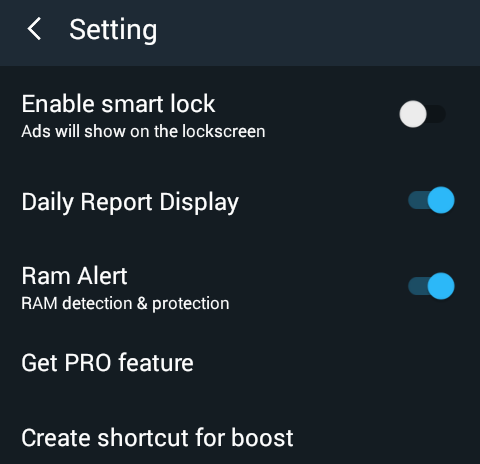 As you can see, cloning apps is quite easy on Android devices, and is especially useful when you own multiple accounts in social networks, or when you wish to make use of both SIM cards in your device for your messaging apps.

If you have any thoughts, questions or suggestions, don’t hesitate to let us know by posting in the comments section below!

#android #games #how tos #best apps #clone #apps #multiple #accounts #switch #install #dual
Comments (0)
< PREVIOUS ARTICLE
World Wide Web: How And When The Internet As We Know It Was Formed
NEXT ARTICLE >
How And Why Computer Components "Age"