Home
Articles
How And Why Computer Components "Age"

How And Why Computer Components "Age"

Nothing lasts forever, and computers are no exception. From one moment to the next, a computer can stop working without any obvious reason. So, if you are wondering why your computer suddenly doesn’t work after so many years of flawless operation, here are the possible underlying causes of electronic circuit damage.

Why did the computer suddenly stop working?

No matter how much you use your computer, even if it’s twelve hours a day or just twice a week, it's a matter of time until a hardware problem appears.

In fact, a “computer technician” continuously keeps hearing complaints by customers, such as the following:

The hard truth is that nothing lasts forever. Just like the food we eat has an expiration date, electronic devices stop working after a while as well. If you’re lucky enough, this time frame will be much longer than the milk’s consumption period. In any case, however, their end is certain. 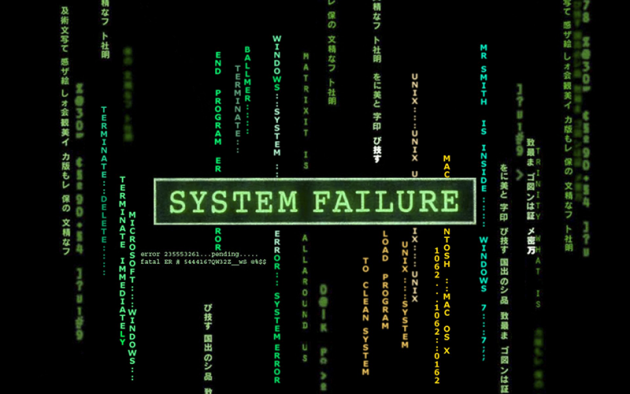 But why is that? We know that the hard drive has mechanical moving parts, and it does makes sense that it will wear out due to their friction. But what about the motherboard? And how did the processor suddenly stop working? What happens to electronic circuits “die” over time?

Many electronic components get damaged during the first few months of use. In such cases, we are talking about a hardware failure. This means that the device or subsystem we purchased had a factory problem.

In fact, some devices can be “Dead On Arrival” (DOA) before you even try to use them for the first time.

In the above cases, it is clearly a defective product and almost always the consumer is covered by the warranty, and the company or store he bought the item will replace it with a new one, or repair it for free.

At other times, a whole batch of devices may have a factory defect, or even more rarely, a particular device model of a company can be defective. In such cases, the product is withdrawn from the market, just like it happened with the Samsung Galaxy Note 7, for instance. 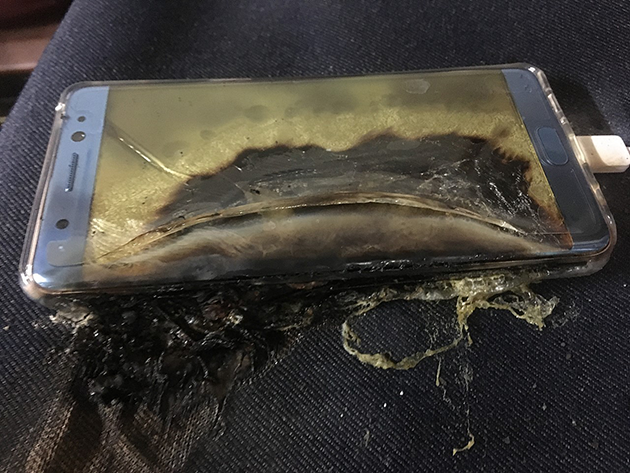 There are, of course, cases in which the user, either accidentally or deliberately, damages a subsystem himself. For example, if you drop your laptop to the ground, or if you spill water on it, then it’s quite clear why the computer is not working properly.

Hardware failure and wear from our own carelessness is therefore commonplace; however, in this article we will not deal with these cases. Instead, we will talk about natural wear that takes place on the computer during use, so as to better understand how the computer “ages”, and why a subsystem has a finite lifespan.

As you already know, HDDs consist of mechanical parts. Its internal disks are spinning, and the magnetic heads move in order to write and read data. 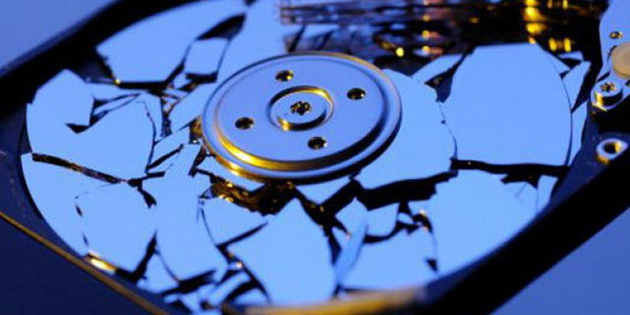 In addition to mechanical disks and fans, the rest of a computer's hardware does not consist of moving parts. However, this does not make the other subsystems immune to time wear, unfortunately.

One of the biggest enemies of electronic circuits is heat. Many users complain that high temperatures is the cause of computer damage. Even though you often clean your computer from dust and make sure that the box is cooled properly, heat does not disappear. 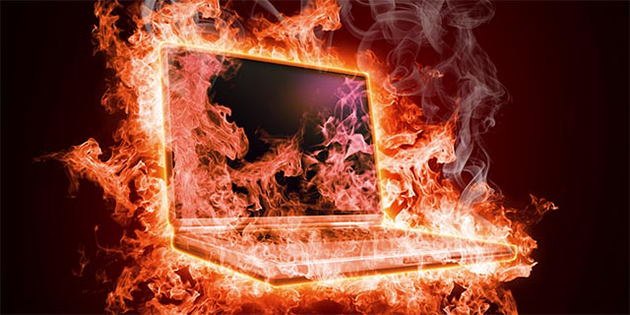 The parts of a circuit work in the same way. They expand with an increase in temperature, and contract when the computer cools down. For example, solder points are very important for the proper connection of the pieces on a printed circuit board. As you turn on and off your computer, these points keep heating up and cooling down. 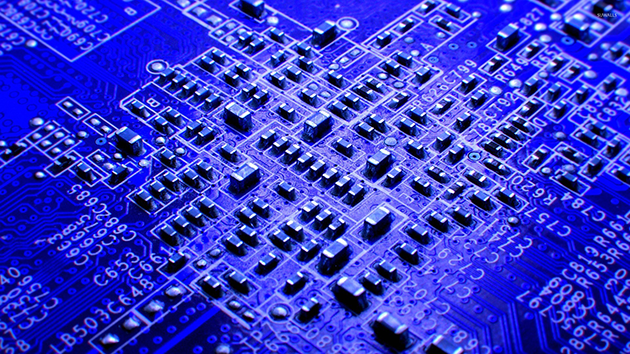 Day by day and year by year, the connections between the circuits may become weaker, and over time, the circuit will stop working.

Heat can also contribute to damages caused at a microscopic level, which is described below.

Electromigration is a phenomenon that takes place at atomic level, and we’ll briefly explain it here.

Firstly, note that electricity is not just a form of energy passing through cables; the current is actually a flow of electrons inside a metal conductor, and even though this happens at subatomic level, electrons do not cease to have mass. It may be that we do not see it, and it does not compare to the movement of a mechanical disk, but technically, even a cable has "moving parts" in it.

So, when a high voltage current is applied to the surface of a metal conductor, the electrons collide with the atoms of the conductor. These constant collisions of the electrons force crystals from the conductor’s atoms to move in the direction of incidence.

So, after some time, there will be accumulation of metal on one side, and at the same time, the other side will weaken, and even break. 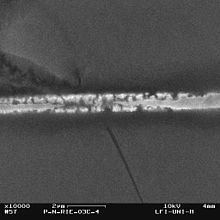 When a point on the conductor is weakened enough or breaks, the circuit opens. As a result, electrons no longer pass through, and consequently no electricity.

The processors in today's computers are made up of such metal (mainly copper) conductors. Thus, it is inevitable for them to be affected by this phenomenon over time. In fact, if you perform overclocking, the electromigration phenomenon will be accelerated. As a result, the CPU will get damaged sooner, regardless of cooling.

However, it takes a long time for your computer to stop working by electromigration, and not just 2 or 5 years. As a matter of fact, it’s difficult for a processor to live for so many years so that it “dies” due to electromigration, even if it’s overclocked. Chances are that you’ll replace it due to old age long before this happens.

Common failures in electronic circuits is due to capacitors. A capacitor is a small electric component, usually of cylindrical shape in computers, with the purpose of (in a very simplified concept) storing and transmitting current in the rest of the circuit’s components. 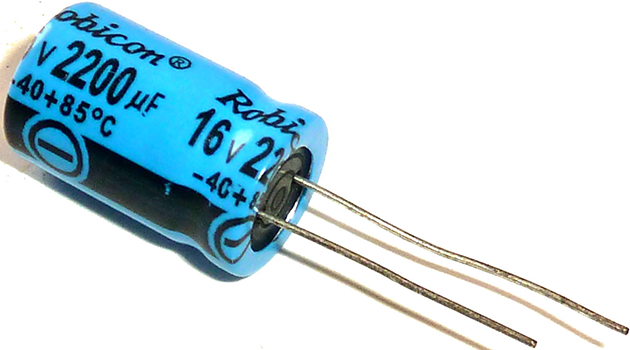 Some capacitors can work without problems for decades, but some cheaper capacitors are worn out much faster. A typical example is the “capacitor plague”, a problem related to an increased failure rate of capacitors in the period between 1999 and 2007. The cause was the use of wrong electrolytic solution during the construction of capacitors, especially from Taiwanese companies, which resulted into the capacitors getting damaged quickly. 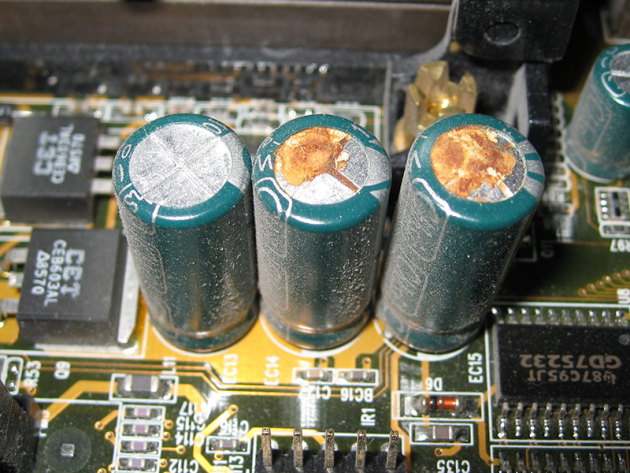 However, even capacitors made with the finest materials are doomed to wear out at some point. The main reason is contraction and expansion due to heat.

Apart from physical damage caused in the hardware, there is also the “obsolescence policy” of various companies.

Surely, we've all heard the phrase “They do not make it like they used to in the past," and not necessarily for computers. The theory of planned obsolescence states that manufacturers are not interested in creating durable products. 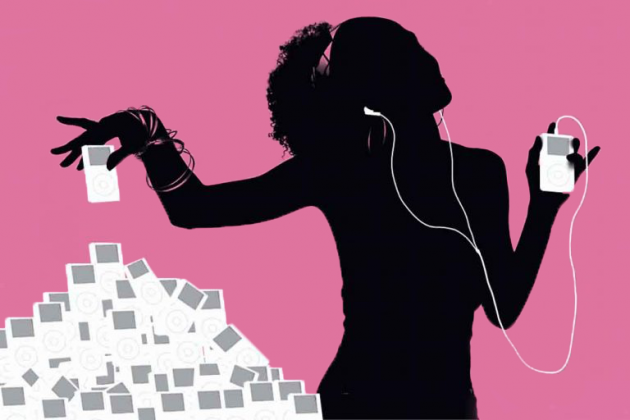 And why should they anyway? If you had, for example, a 100-year-old light bulb, you would never get a new one, and so the manufacturer of the lamp would have reduced sales, and consequently less revenue. Why, then, should such a company build something that is durable, since it’s not profitable?

Conversely, companies are trying to find ways to keep customers in order to increase their profits. A typical example is modern smartphones with built-in batteries. The battery is usually the first thing to become worn out in a mobile phone over time. It is also very easy to replace with a new one, unless of course it is built-in. In this case, you need to get a new device, or disassemble the device and replace the battery.

But how does that apply to computers? Surely, you must have observed damage in a subsystem soon after the warranty expires. Is that a coincidence or not?

Let us know your thoughts and comments in the comments section below!


Hi. I did not know about this "Electromigration"... very interesting... and good article...
< PREVIOUS ARTICLE
How To Clone Installed Apps For Using Multiple Accounts On Android
NEXT ARTICLE >
Game Review: Face players around the globe in Cube Critters